The incremental number of jobs to be created by India Auto Inc over the next decade is a humungous 65 million. While there are certified people aplenty, their employability remains suspect. 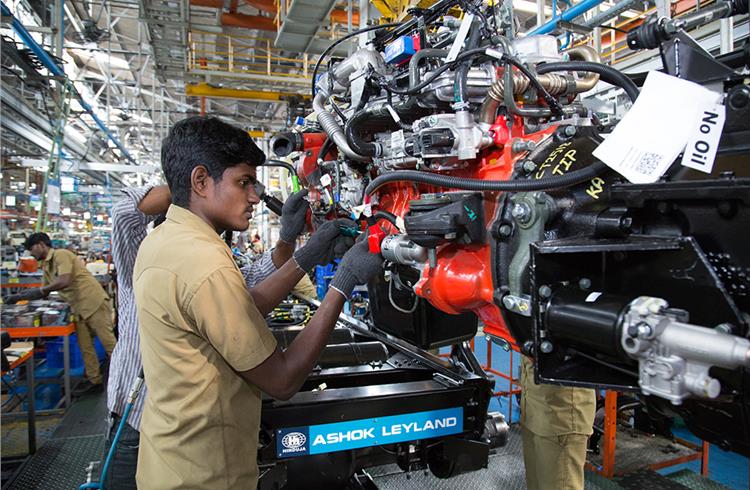 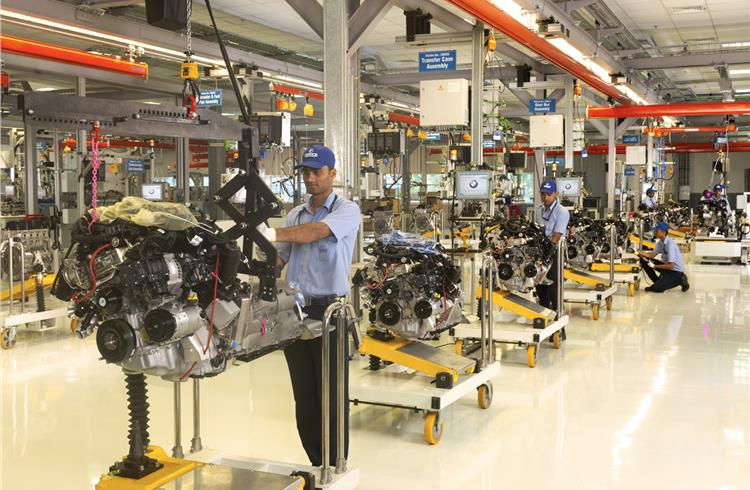 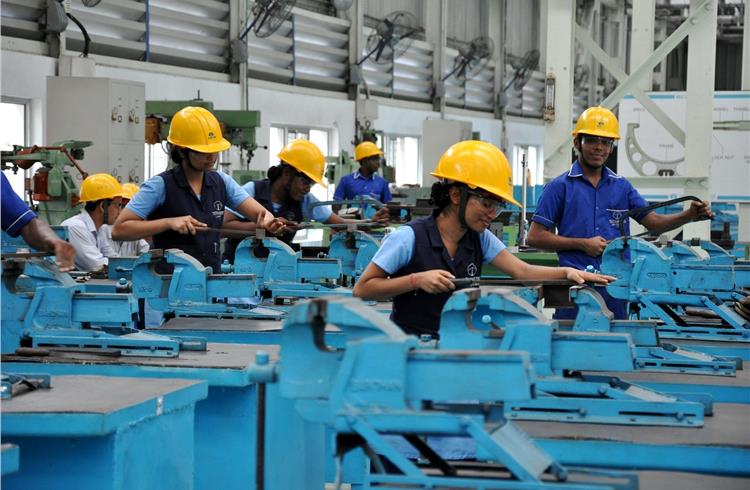 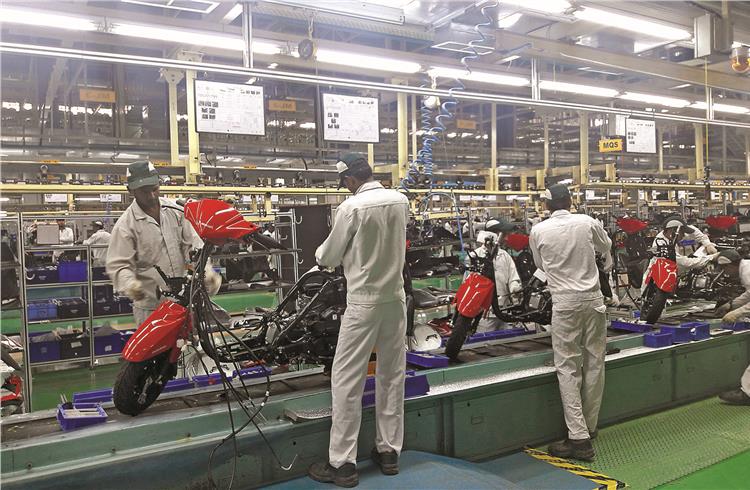 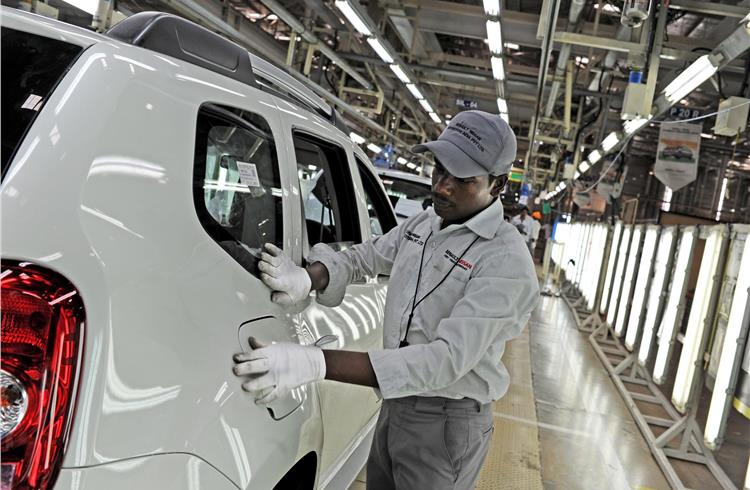 Today, May 1, is International Workers Day and a celebration of working man- and woman power. Of the many working sectors the world over and in India, the automotive industry is one of the fastest growing sectors of the economy. In India, the auto industry saw posted handsome 14.22 percent YoY growth in FY2018. As is known, the auto industry contributes a signicant 7.1 percent to the country's GDP and a notable 45 percent to the manufacturing gross domestic product.

While in the near term, the Indian automotive sector is billed to grab hold of the podium No. 3 spot by 2020, the component and vehicle industry together is expected to reach US$ 251 to 283 billion in combined revenues by 2026.

And, much of the credit of Indian industry scaling new highs and being a pivot of the economy goes to its workers, in the manufacturing plants, on the shopfloor, at automobile dealers, at the aftermarket and in the workshops. All put together, they are akin to what can be called 'autopedia'.

19 million employed in India's auto sector
Quite understandably then, it is sheer hard work and determination of people, who work day in and day out behind the curtains, putting out such strong results and also projecting a dynamic path ahead for what is clearly one of the most crucial drivers of the country’s rise to becoming a super power.

The Indian automotive sector today employs a substantial 19 million people in direct and indirect jobs, spanning across the verticals of R&D, manufacturing, retail and aftersales.

While it is the OEMs, which sit at the bottom of the pyramid in terms of the quantum of jobs, general theory suggests that auto retail generates 30 times more employment than what is at the OE level. For instance, the country’s leading carmaker, Maruti Suzuki India sees over 17,000 associates including contractual labour working across its three manufacturing facilities, while on the other hand, its top three dealers alone employ 16,000 people at their physical retail and servicing outlets.

The overall retail network, which stands at over 23,000 dealer outlets including two-wheeler, passenger vehicles and commercial vehicle dealerships across the country, sees over 2.7 million people put into various roles. Meanwhile, MSME component manufacturers, on the other hand, continue being the top employers of the automotive sector in India.

Now with volumes set to surge, so will the appetite for manpower in the coming years, albeit, with a strong pre-requisite of skilled personnel across the industry. A recent IBEF report suggests that the auto industry is expected to see 8 to 12 percent more hiring in the ongoing financial year – FY2019 – alone.

The Automotive Mission Plan (AMP) 2016-26 aims to make the sector a significant contributor to the Skill India programme and one of the largest job-creating engines in the Indian economy.
The incremental number of jobs to be created by the Indian auto industry over the next decade is a humungous 65 million.

Skilling remains a challenge
While the automotive sector is one to be solving the employment problems of the country, which boasts over 50 percent of its population being below the age of 25, and all set to become the youngest nation on the planet by 2020, with an average age of 29 compared to China’s 37, there is, however, the huge concern of skill gap.

Even though there are certified people aplenty, their employability in the industry remains a big question mark, which is the most challenging aspect for the sector and the government to solve. While the government has been proactive in coming up with initiatives like the Skill India programme and the Pradhan Mantri Kaushal Vikas Yojana, allocating Rs 12,000 crore in the Economic Budget for FY2019, towards skilling of manpower, the ground reality remains somewhat different.

In an interview to Autocar Professional, Nikunj Sanghi, president, Automotive Skills Development Council (ASDC), had pointed out his views that it is the money which is luring both trainers and trainees into the area of skills, thereby leaving no concrete focus on actual skill development.

However, things are on the road to betterment, with manufacturers directly coming out to collaborate with ASDC to undertake a number of skill development initiatives, like the Tata Motors’ programme to train 40,000 people by 2022.

While training institutes self-run by vehicle and component manufacturers remain the top places for imparting skills as per the need of the job, a few companies like the Chennai-based Layam Group have also been actively engaging in fulfilling the needs of the industry across the automotive value chain. Founded in 2007, the Layam Group selects students from across the country and trains them extensively at its facility, readying them and making them competent to be employed in major automotive companies, thus empowering them with a better future. The company has trained over 10,000 people in the automotive industry between 2009 and 2016. While the concept is new, companies are slowly getting acquainted with the idea, with Layam’s current clientele boasting big names including Toyota Kirloskar Motor, Hyundai Motor India, Eicher Motors, Ashok Leyland, Mahindra & Mahindra, MRF and Yazaki among others.

Need for new skill sets
With the automotive sector currently going through a phase of serious transformation, led by the technology revolution in the area of manufacturing, and the future of mobility shifting away from conventional modes to sustainable solutions like electric mobility, there is a tectonic shift going to sweep the industry in the times to come.

As a result, 50 to 55 percent of the Indian workforce in the automotive sector is pegged to be deployed in jobs with radically different skill sets by 2022, suggests an EY report titled ‘Future of Jobs in India: A 2022 perspective’.

The survey undertook extensive primary and secondary research and analysis. During the primary research, EY interacted with more than 130 business leaders, academicians and representatives of industry associations across sectors (IT-BPM, automotive, retail, textiles and apparel, BFSI) in India.

While India’s automotive industry has been witnessing an increase in automation, plant-level automation at most OEMs remains at 30 percent. Its level in the body shop, however, goes beyond 95 percent in the present day.

Out of the surveyed industry executives, 70 percent recognise the strategic importance of smart connected products for the industry. With the introduction of connected cars, big data, and cloud computing, new skill-sets will be required in design, operation as well as other elements of the auto value chain over the next five years.

Some of the potential new job roles in the automotive sector will include that of an automobile analytics engineer, 3D printing technician, machine learning-based vehicle cyber security expert and sustainability integration expert.

While it is certain that technology is set to transform the future, also displacing people from their regular job roles, it could very well be the new opportunity to skill people differently, but, not shying away from skilling, which remains the true virtue of growth for one of the key drivers of the Indian economy – the ever-so-evolving auto sector.

How to upskill manpower and win over automakers

Smart factories could add up to $160 billion annually to global auto industry: Capgemini