Like retail, wholesale despatches from automakers to dealers also registered a significant drop due to reimposition of lockdowns. 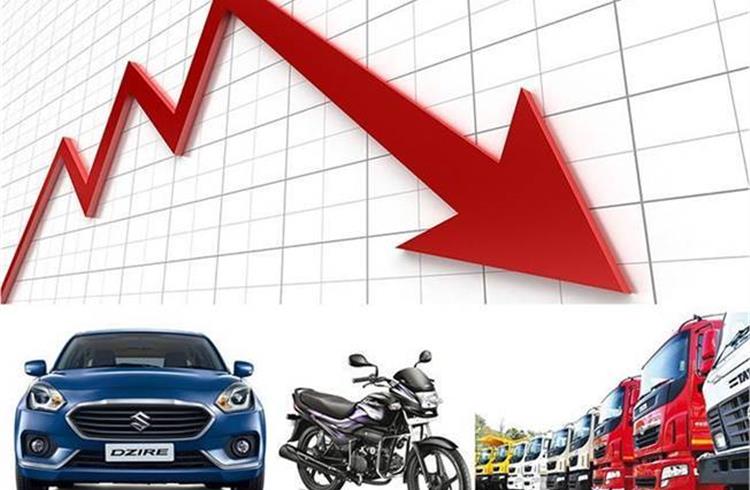 Just like the automotive dealer body – Federation of Automobile Dealers Associations (FADA) - revealed a significant drop registered in vehicle retail sales in May, the wholesale data released by the Society of Indian Automobile Manufacturers (SIAM) too tells a similar story.

Overall vehicle wholesales (despatches from automakers to dealers) registered a 65 percent month-on-month (MoM) drop last month with overall volumes plummeting 828,445 units to 442,013 units across segments. However, SIAM did not reveal the numbers for the commercial vehicle segment, as well as its data lacks results from Tata Motors in the passenger vehicle (PV) segment.

Companies such as Maruti Suzuki India, Toyota Kirloskar Motor and MG Motor India had resorted to advancing their annual maintenance shutdowns to halt production as Covid was on the rampage across the country in May, leaving several state-wise lockdowns getting imposed that sent the retail channel shut as well.

According to Rajesh Menon, director general, SIAM, “Most part of May was under lockdown in many states thus impacting overall sales and production. Many companies had shut down their manufacturing plants to divert oxygen from industrial use for medical purposes.”

Two-wheelers
The two-wheeler segment too was hit hard by the state-wise lockdowns in May, particularly in the northern region of UP and Rajasthan, where the peak of the wedding season usually sees high uptick in sales of these high-value products for these occasions.

While a good monsoon augurs well for the revival of the industry that had started to see a recovery towards the start of the 2021 calendar, weak consumer sentiment due to the harsher second Covid wave, and continuity of lockdowns in some regions such as the South could again be a dampener. However, industry experts believe that if stability is achieved towards the festive season, the ongoing fiscal could again see a bounce back like last year. 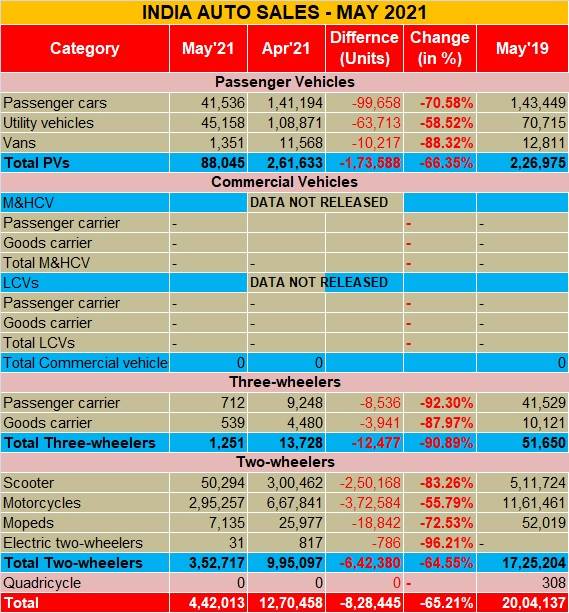