The bloodbath in the Indian automobile market continues and will remain so in the absence of any concrete revival measures. 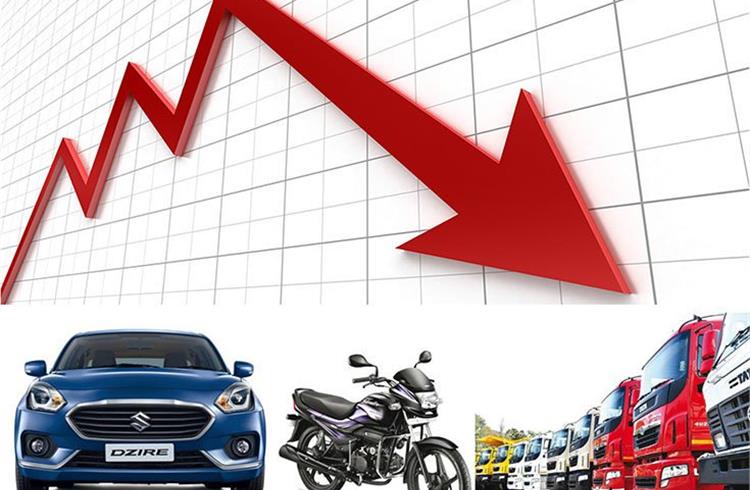 As apex industry body SIAM released the sales / despatch numbers for the month of July 2019, it is amply clear that the bloodbath in the Indian automobile market continues. For an industry, which is now in its 10th month of continually declining sales, July 2019 numbers are a back-breaker. Look at the detailed statistics table for July below and the damage is evident across all vehicle segments and sub-segments.

The Passenger Vehicle segment, with overall sales of 200,790 units, is down 30.98 percent year on year – a 19-year low. These PV numbers are the worst since December 2000 when sales were down 35.22 percent, along with passenger cars which slumped 39.86 percent then. In July 2019 too, car sales are 35.95 percent down YoY, which is not far from that dismal figure nearly two decades ago.

The Two-Wheeler segment, which a year ago was firing on all cylinders, is down 16.82 percent with all three sub-segments – scooters, motorcycles and mopeds – down in double digits.

The Three-Wheeler segment, with sales of 55,719 units, is down 7.66 percent, the sole one with single-digit negative growth, if that is some consolation albeit that could be likened to the Stockholm Syndrome.

A quick glance at the sales statistics for the past 12 months reveal how overall sales have plunged, month on month. July 2019's sales decline of 18.71 percent is also the highest. The writing is on the wall: India Auto Inc needs a booster package in the form of a GST cut, the earlier the better. 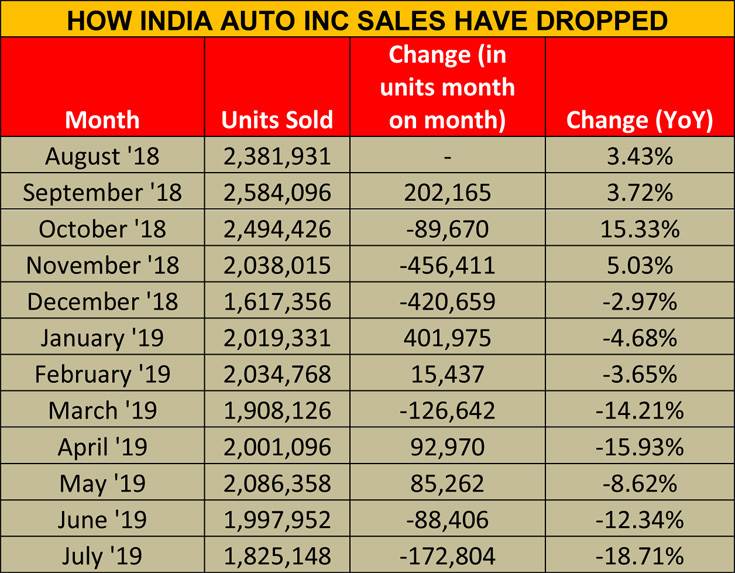 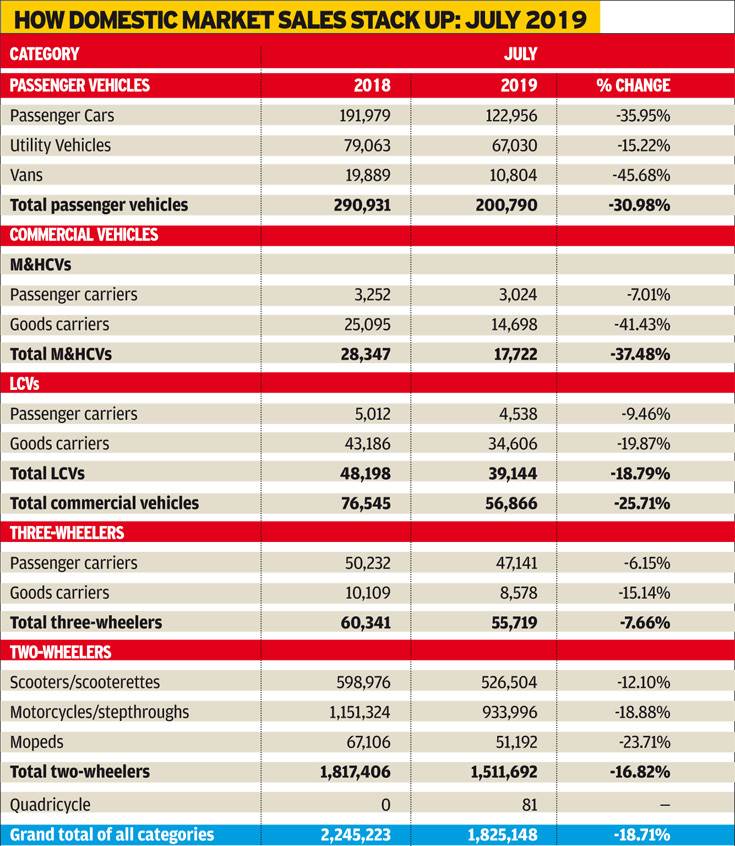 According to Rajan Wadhera, president, SIAM, "This is completely in-line with SIAM’s recommendations that all relevant technologies should co-exist in our journey towards sustainable mobility, and hence would call for a long-term roadmap for all futuristic technologies, which instils confidence to the industry to get going."

SIAM urges revival package, scrappage policy soon
"The situation in the automotive industry seems to have become much more complex to what we have already seen. There's an urgent need for some kind of a revival package from the government. This is the time when the industry really needs government's support," said Vishnu Mathur, director general, SIAM.

"The Finance Ministry recently met representatives from the auto industry to discuss the current state of the industry. The government's response was extremely positive and there was a keen desire to understand the scenario. We are now hoping that the government will come out with some revival package very soon," he added.

While SIAM has proposed an overall GST reduction to be brought on vehicles of all segments, rollout of the scrappage policy will give a push to new vehicle sales. Also, the most crucial expectation of the industry body is a re-strengthening of the financial sector, particularly the ailing NBFCs.

"Past history proves that revival packages do work and they work really well. We are now banking upon the festive season, a largely good monsoon, BS VI pre-buying and the revival package to bring the industry back on its feet," Mathur said.

When asked if the market has bottomed out, Mathur said that it is difficult to predict that. "If nothing is done in the next one or two months, sales will further go down."

330,000 jobs lost till date
The automotive industry in India which employs over 37 million people in direct and indirect roles and contributes over 49 percent to the country's manufacturing GDP, is facing an onerous situation so much so that even the past slowdowns of 2008-09 and 2013-14 didn't see all the segments falling off the cliff together.

According to SIAM, layoffs at OEMs have begun and as per its latest data which spans some 10-15 vehicle manufacturers, close to 15,000 casual and contractual workers have been retrenched across segments.

While OEMs are not the right places to observe a dramatic layoff pattern, it is more visible at the vendors and the dealers which are unable to sustain resource costs for a prolonged period.

According to Mathur, "With some 215,000 jobs being lost at the dealership level as per FADA and some 100,000 at the suppliers, the total count could be understood to be in the ballpark of 330,000 people getting retrenched as of date."

The ball is in the finance minister's court and the Ministry of Road Transport. Will the powers that be take heed? Watch this space. 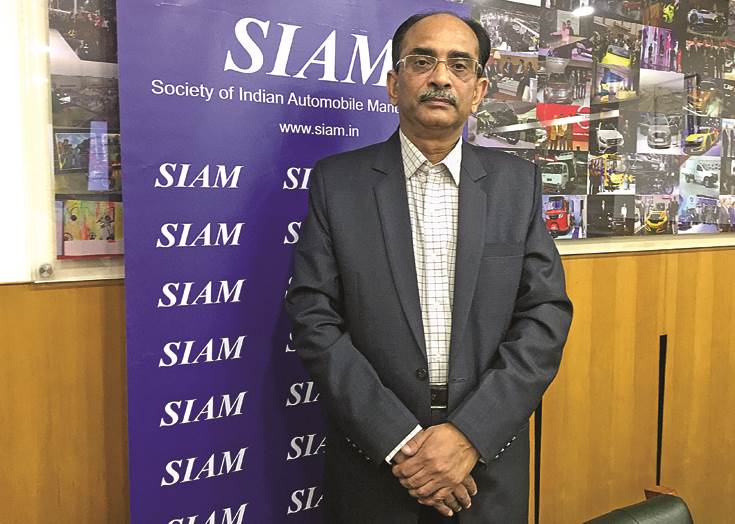 Have passenger vehicle sales hit rock-bottom?
What is rock-bottom? Every month, we feel it's rock-bottom. You never know, one cannot make this kind of prediction, it is all just guessing. If we look at the numbers for last month, we thought that was very low, but this time it is breaking an almost 19-year record. You can never say this is the worst. If nothing is done in the next one or two months, it can further go down.

Will that be similar for the commercial vehicle and two-wheeler segments?
Yes. Ultimately the industry has to come back. But if it starts improving after being down for too long, the comeback also gets delayed. Immediate intervention has to be done or it will be difficult to come back quickly.

You sound very optimistic that there is a revival package in the pipeline?
The government called us for a meeting, so we are hopeful that something will happen. At least, they realise now there is something really wrong with the industry, that has to be corrected. Hopefully, by end-month. Apart from that, what more can we do?