Clarivate has recognised 276 organisations from academia, government and corporate sectors in its 2021 honours list. 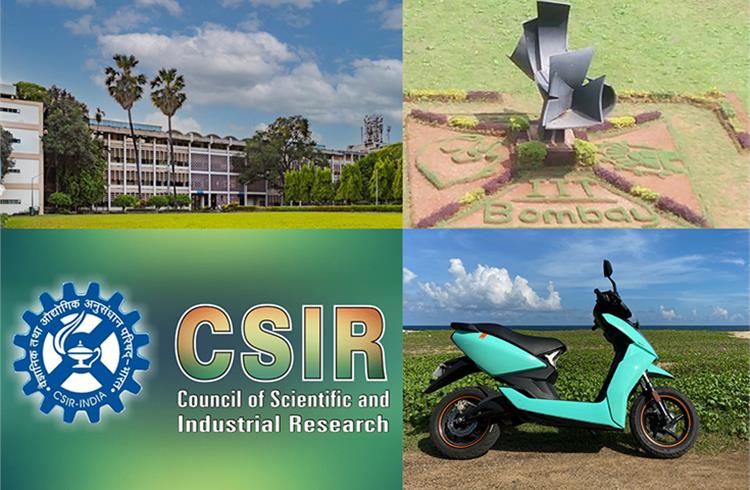 London-headquartered Clarivate, a leading provider of trusted information and insights to accelerate the pace of innovation has announced the winners of the annual South and Southeast Asia Innovation Awards at its Innovation Forum for the region held on September 21. The winners from India include the Indian Institute of Technology, Bombay (IIT Bombay), Council of Scientific and Industrial Research (CSIR) and smart elecctric scooter OEM Ather Energy.

Clarivate says that more than 400 leaders and industry insiders from academic, government and industry sectors participated in the virtual event where the innovation ecosystems in the region and the importance of sustainable development were discussed.

The company says for this year 276 organisations from academia, government and corporate sectors have been recognised in its honours list. Among them, 27 organisations received an Innovation Award. The awards are based on an analysis of patent volume, citation volume, patent success and the level of globalisation, using patent data from Derwent World Patents Index (DWPI) and Derwent Patent Citations Index (DPCI).

Gordon Samson, President, IP Group, Clarivate said, “We are pleased to once again identify and recognise the top innovators in South and Southeast Asia, an expansive and populous region with great growth potential. At Clarivate, we are on a mission to improve the way the world creates, protects and advances innovation. We are committed to helping our customer in the region to accelerate the pace of innovation by unlocking the full value of their intellectual property.”

KRS Jamwal, executive director, Tata Industries said: “The optimistic scenario materialising at the pace we want is going to require three key actors to push this forward in unison - governments, universities, and corporates. And all these three will have to focus on game changing R&D innovation, rather than incrementalism or re-purpose.”

Clarivate states that its criteria used to select the top innovators in South and Southeast Asia closely mirrors that of the annual the Top 100 Global Innovators which identifies organisations at the pinnacle of the global innovation landscape. 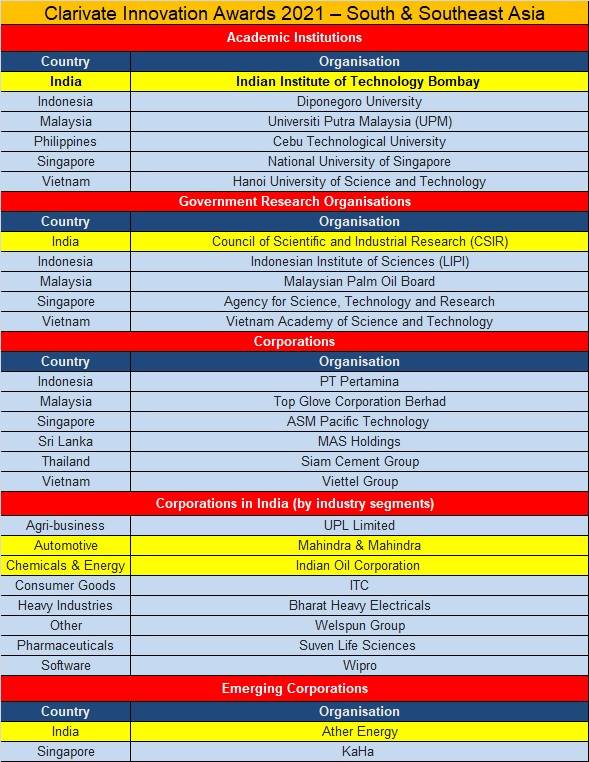