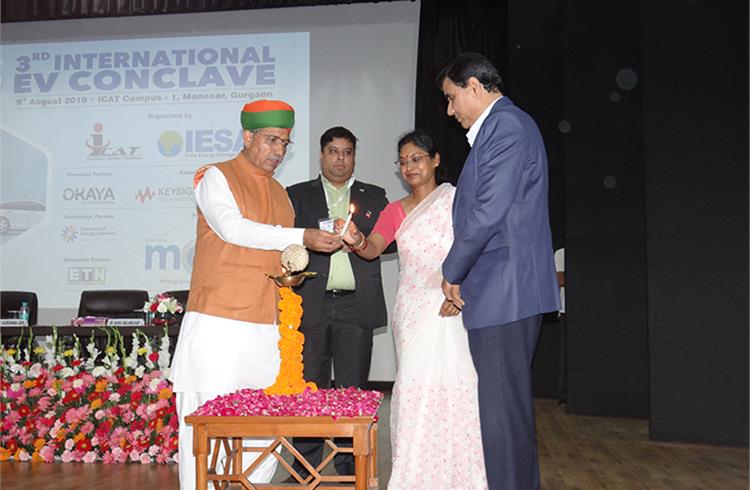 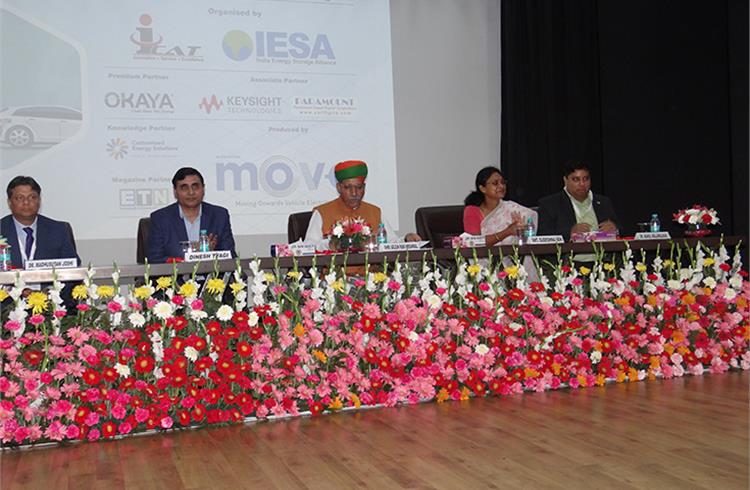 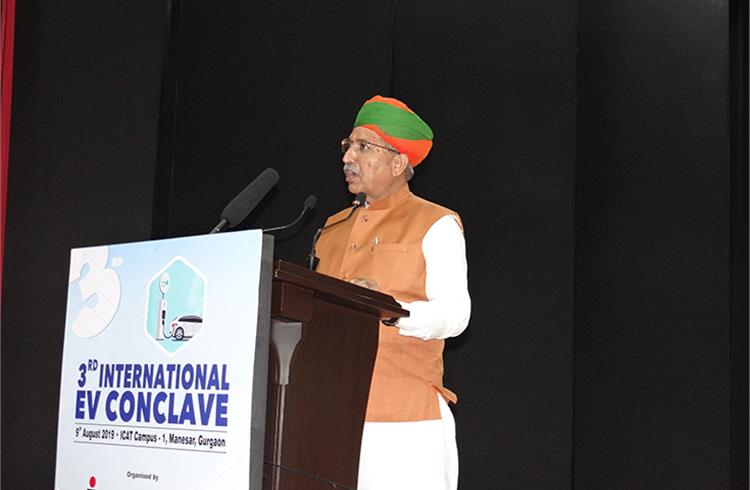 Arjun Ram Meghwal, Minister of State for Parliamentary Affairs & Ministry of Heavy Industries, at the third EV Conclave held at ICAT on August 9. 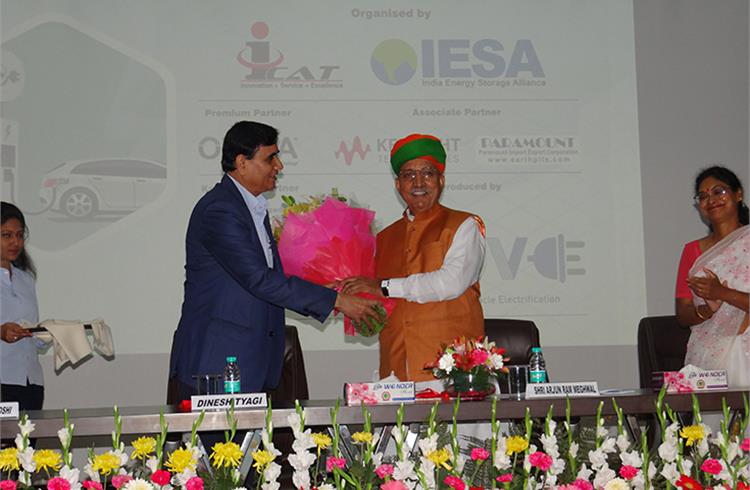 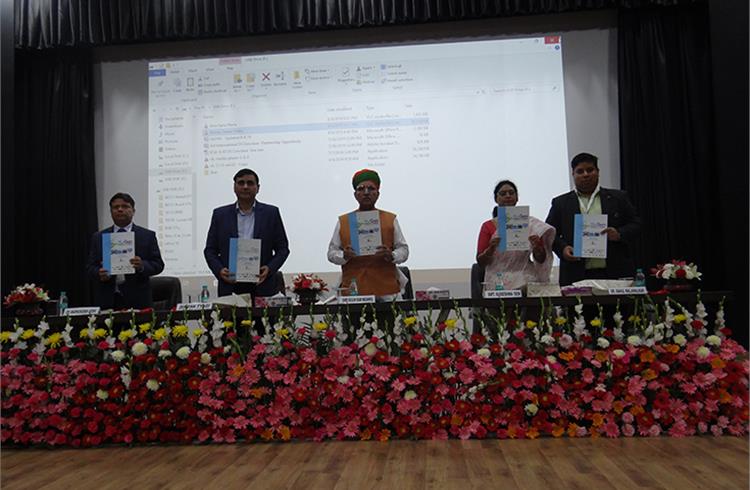 With electric mobility and electric vehicles (EVs) becoming buzzwords in the automotive world, both globally and more recently in India, it is not surprising that the EV Conclave, organised by International Centre for Automotive Technology (iCAT) in association with India Energy Storage Alliance (IESA) and held in New Delhi on August 9, was a big success. This was the third such conclave held since 2017.

The Conclave was attended by more than 200 delegates from more than 80 organisations and got an overwhelming response from all participants.

ICAT, which was set up in 2006 at Manesar, Haryana, provides quality services to the automotive industry in areas such as powertrain, Noise Vibration and Harshness, components, fatigue testing, photometry, tyres and wheels, passive safety, EMC and CAD and CAE. Given the government's heightened focus on electric mobility and the industry's planned shift to the new form of motoring, the EV conclave turned to be a knowledge-sharing platform for all industry stakeholders.

The conclave also included an expo wherein component manufacturers, system suppliers and service providers showcased their products and services to promote self-reliance, encourage designers and promote innovation in the EV industry in India.

The next edition of the EV Conclave is to be held in July 2020.