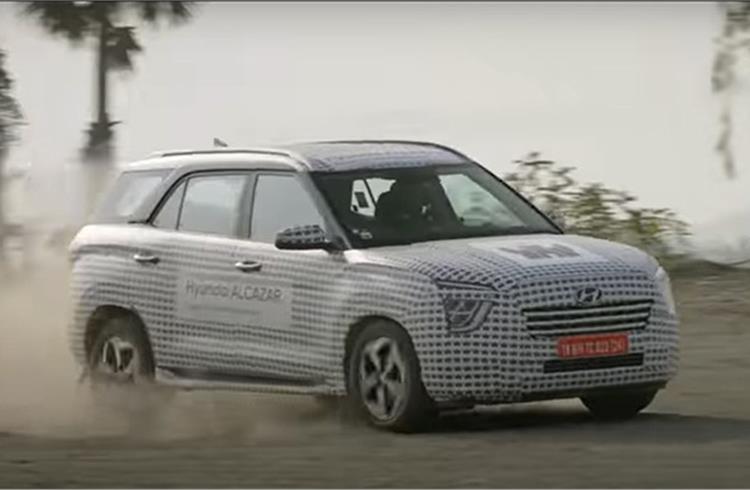 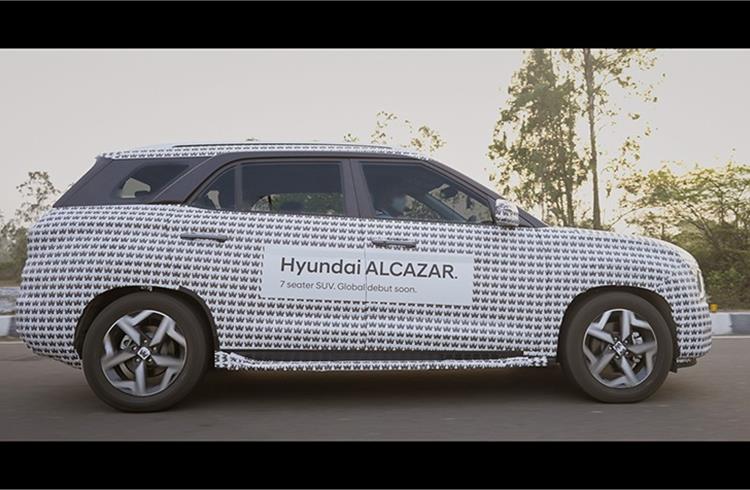 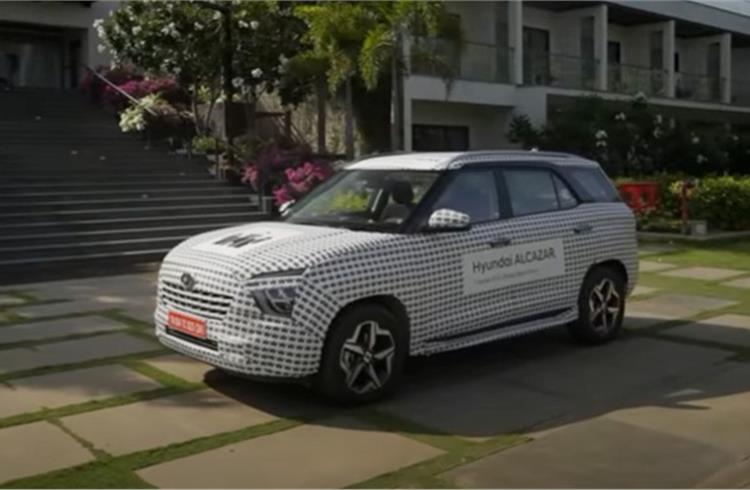 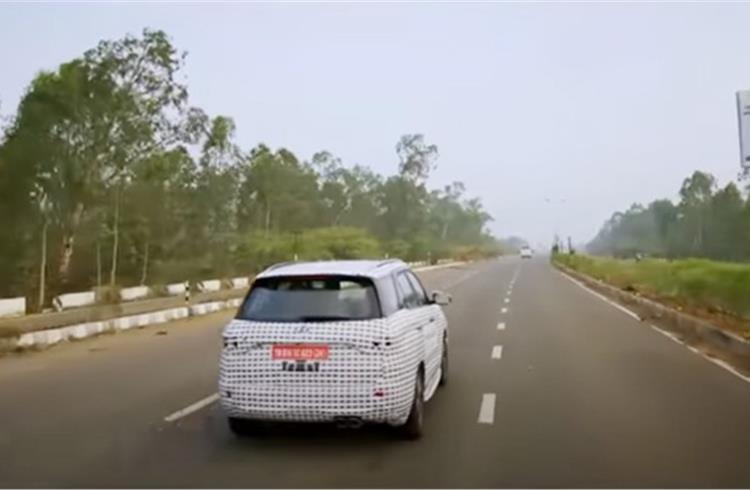 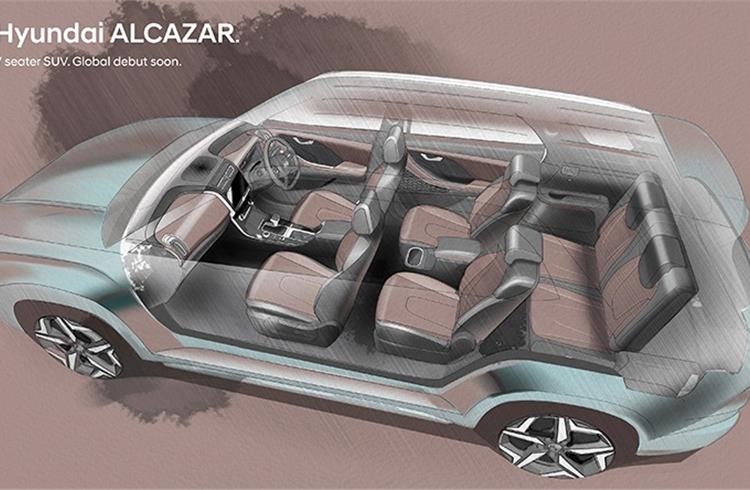 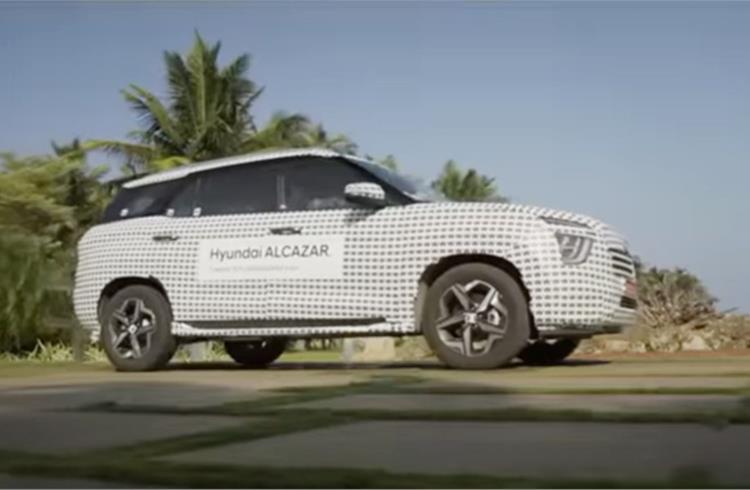 Hyundai Motor India today released some visual and camouflaged teasers of its soon-to-be-unveiled Alcazar seven-seater SUV. The Creta-based Hyundai is to be officially revealed on April 6.

The Korean carmaker today announced the culmination of durability tests being conducted on the premium SUV, which has been tested over varying terrains such as rough roads, fast paced highways and hilly terrain.

The new Hyundai Alcazar will be powered by the same petrol and diesel engine options that are offered on the Creta SUV, thereby giving customers more choice than its direct rivals – the MG Hector Plus, the Mahindra XUV500 and the Tata Safari.

The Hyundai Alcazar will go head to head with the recently updated MG Hector Plus and the Tata Safari. Additionally, it will also see competition from the likes of the outgoing Mahindra XUV500 and its upcoming next-gen XUV slated to hit the market later this year.

Hyundai, which has sold a total of 471,535 passenger vehicles in FY2021, will be looking to give its domestic market sales a new charge with the Alcazar.