One of the Korean carmaker’s growth drivers in the recent past registers a new landmark but now is facing competition in the market. 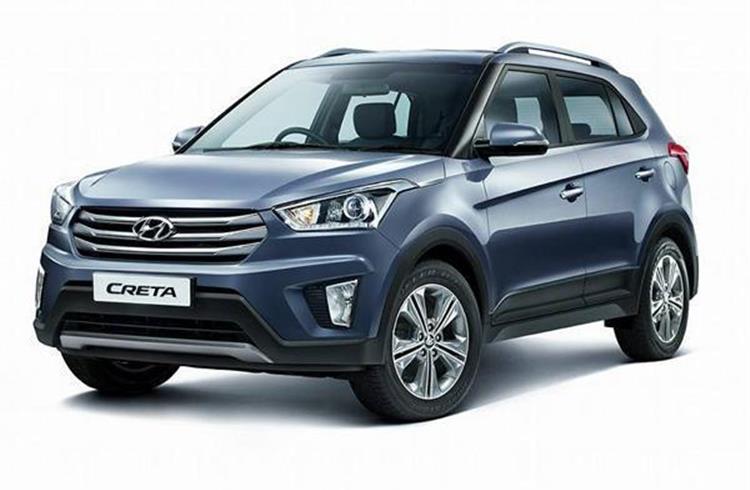 The Hyundai Creta, the second-best selling SUV in the country after the Maruti Vitara Brezza, has notched a new sales landmark – 250,000 sales. The latest milestone comes seven months after it surpassed the 200,000 unit sales mark (25 months) and a year after it drove past the 150,000 mark.

Within eight months of its launch, the Creta had received over 100,000 bookings and a waiting period of up to 10 months, enough to make Hyundai ramp up capacity by 30 percent for the model. To mark the model’s first anniversary, Hyundai rolled out a limited-run First Anniversary Edition as well as newer variants of the Creta including a petrol automatic and a more affordable diesel automatic to further bolster its position as one of the best-selling SUVs in the country.

With its stellar sales performance, the Creta also became the second most sold UV in India in 2015-16 after the Mahindra Bolero, which ended the fiscal with sales of 67,484 units. Of Hyundai's total of 64,796 UVs sold in 2015-16, the Creta accounted for 63,836 units, helping the Korean carmaker overtake Ford India, Renault India and Tata Motors.

As Hyundai Motor India completes two decades, it is now eyeing speedier growth in the domestic market. The company has announced plans to invest Rs 6,500 crore in new models and expansion of production capacity.

The Creta continues to be a key growth driver for the company, a consistent No. 2 in the Top 5 UV sales chart albeit its sales have slowed down in the recent past.