While 67 percent of Honda Motorcycle & Scooter India’s business comes from scooters, the OEM is struggling in the mass commuter 100-110cc motorcycle segment. 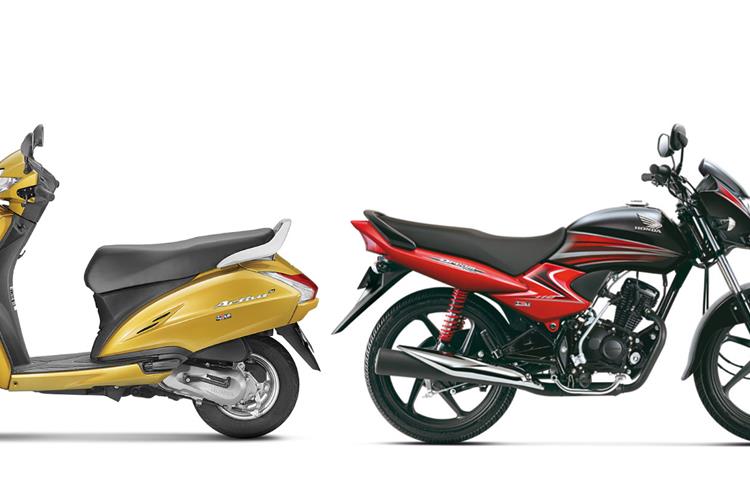 Honda Motorcycle & Scooter India (HMSI), Honda's two-wheeler business arm in India, has turned an "adult" as it completes 18 years of operations here. During this period, it has built a customer base of 39 million customers. Close to 75 percent of them could be scooter owners. It is to be noted that Honda started its India innings with the Activa scooter, and launched its first motorcycle, Unicorn, in its fourth year of operations.

Honda succeeded Bajaj Auto as the king of the Indian scooter market, while the latter transformed into a motorcycle-only company. Currently, 67 percent of HMSI's business comes from scooters. Where the OEM is struggling is in the mass commuter 100-110cc motorcycle segment. "We are still facing those challenges, especially in the rural market. And it's one thing where we need to work more, work harder and with expanding dealer network and reaching out to the last mile in terms of physical presence of the brand in future we expect volumes to turnaround," says YS Guleria, senior VP – Sales & Marketing, HMSI. HMSI plans to expand its overall network of customer touch-points from the current level of 5,750, to 6,000 by the end of March 2019.

Honda's erstwhile partner Hero continues to rule the roost in the segment where Honda is struggling to find a good foothold. Both the Splendor and Passion from Hero are products born from the erstwhile Hero Honda JV, where the technology and powertrain came from the Japanese partner.

Honda has four motorcycle models in the 100-110cc market. Among them the 110cc Livo is the leading player. 100/110 cc motorcycles continue to be a significant constituent of the overall two-wheeler market with about 39 percent share in the first six months of this fiscal, which has dropped from the high of nearly 50 percent share in 2012.

Honda's share in the segment of motorcycles up to 125cc stands at 15.04 percent during April-September 2018 period, down from 16.55 percent during the year-ago period. Market leader Hero MotoCorp's share in this segment has also fallen. This could be due to the aggressive pricing strategy deployed by Bajaj Auto.

In the first five months of the current financial year, motorcycles have been the growth driver for the two-wheeler industry. The entry level 110cc sub-segment grew the most at 19 percent. Scooters grew around 7 percent during this period. “We expect the two-wheeler industry volumes to grow at 8-10% during FY2019 led by continued recovery in the larger motorcycle segment, even as scooter segment may pick-up pace after a modest run in 5MFY2019," says Anupama Arora, vice-president and sector head, ICRA.

Minoru Kato, president and CEO, HMSI believes growth will be seen in both scooter and motorcycle segments. "I expect further growth in both motorcycle and scooter segments because in the rural areas there's big potential with the first-time customer. On the other hand, in big cities the motorcycle market looks matured, but many customers have an intention to upgrade to something like a 125cc scooter," he says. In between, there's the semi-urban market where motorcycles have been the preferred choice but scooters are also making inroads, thanks to improved road conditions.

According to Guleria, Honda has a 59 percent share in the Indian scooter market. Its share in the motorcycle segment stands much lower at 14 percent. While its 125cc commuter motorcycle Shine is a leader in its segment, Honda has to work harder to convince 100/110 cc motorcycle buyers to ride its range of motorcycles in that segment and "get the kind of results which were expected".