Japanese carmaker adopts dual-model strategy for the first time and will continue selling the last generation car alongside. 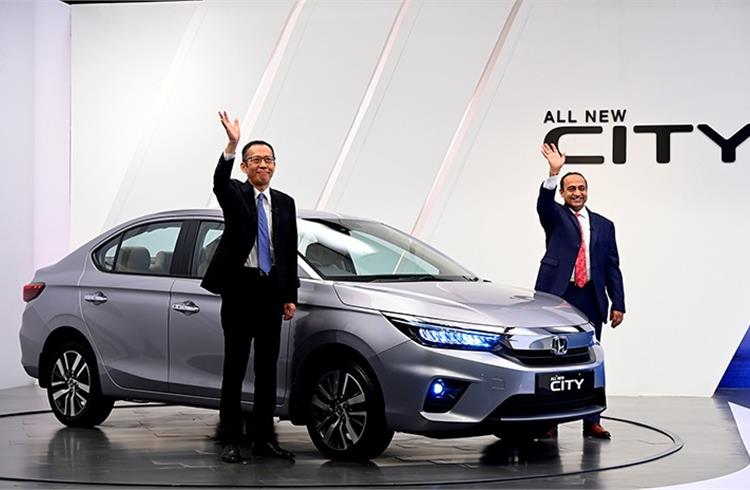 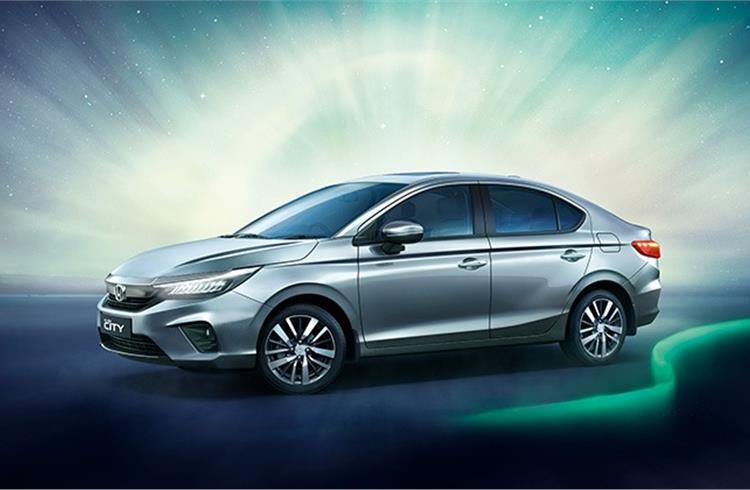 New City (codename ‘2TG’) is the successor to  last-generation car which was launched in January 2014 and has completed six years in the market, selling 354,977 units till end-March 2020. 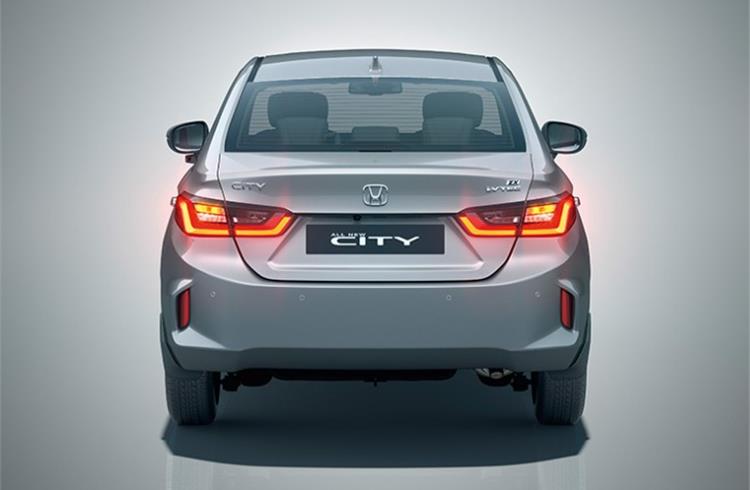 While the new design has modern elements, it looks an evolution of the fourth-generation car. 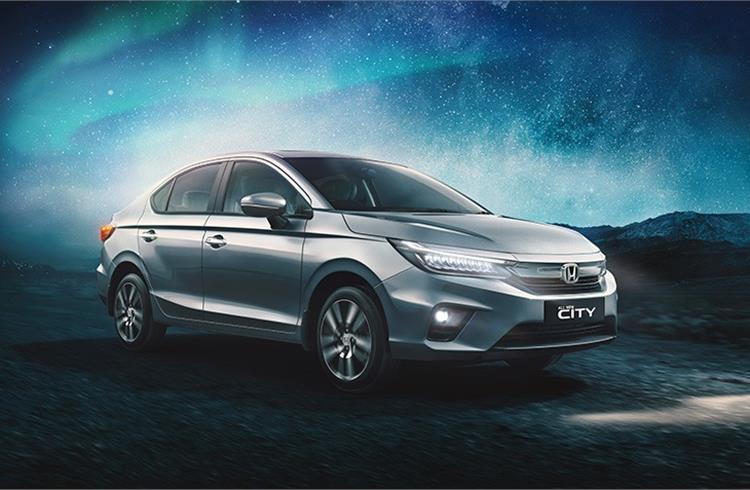 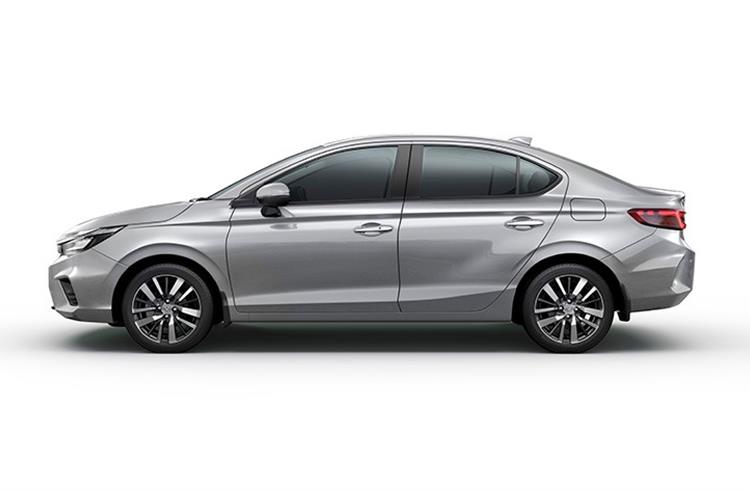 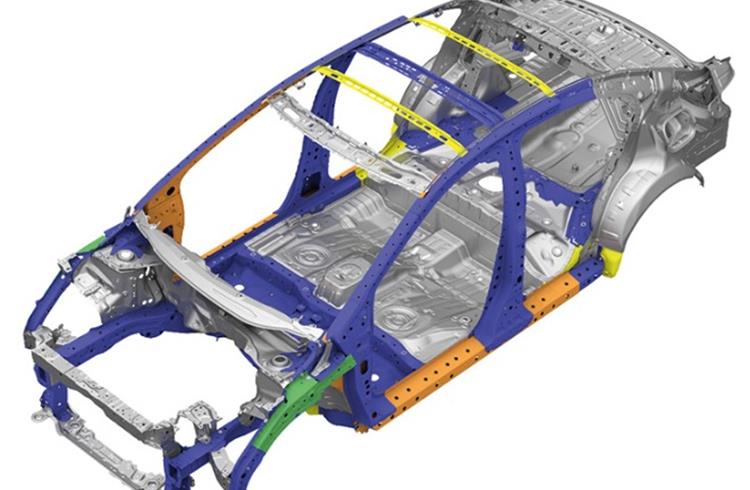 Honda says it has used high-tensile steel to enhance the structural rigidity of the car. 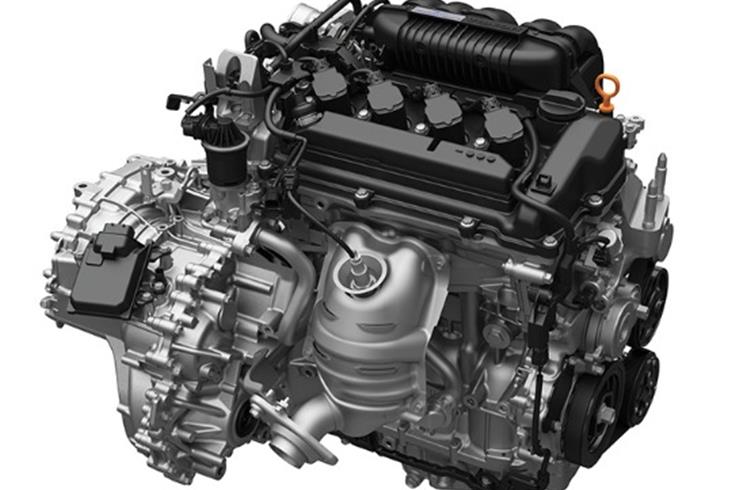 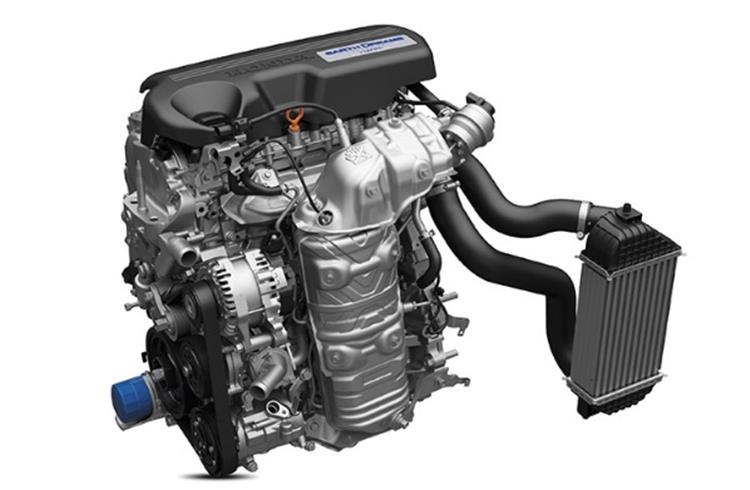 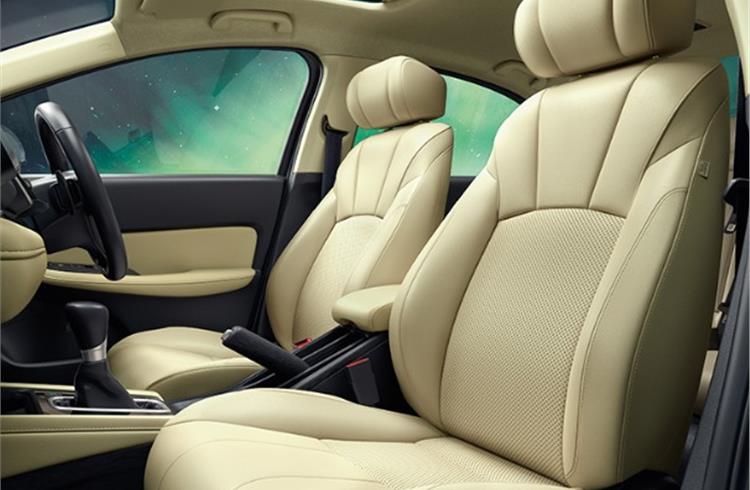 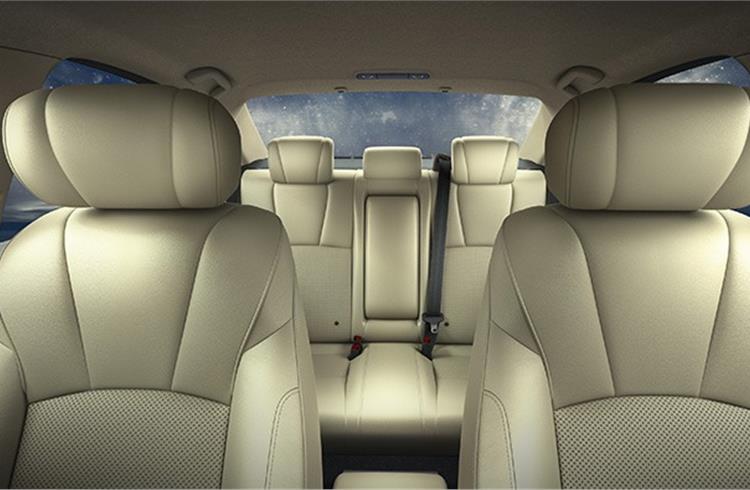 All seats get head restraints with ELR seatbelts. 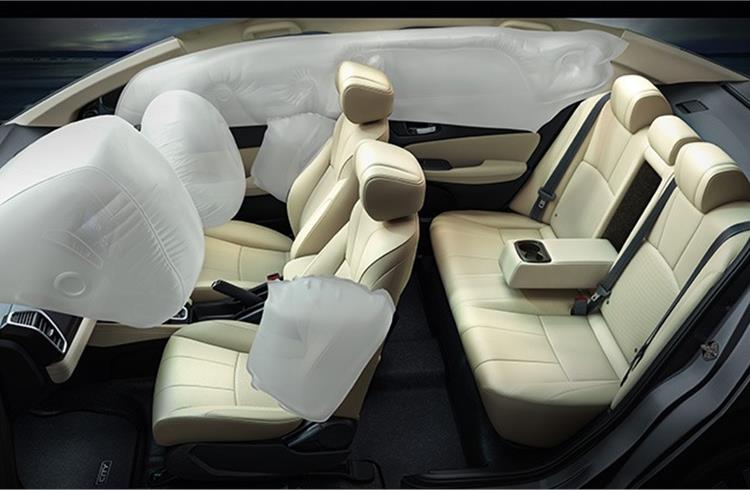 New Honda City with four airbags (dual front and side) as standard across its three variants. Higher VX and ZX trims get six airbags. 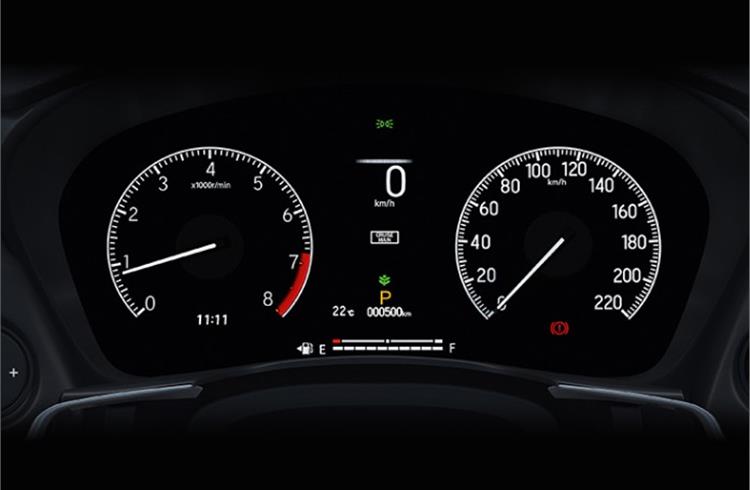 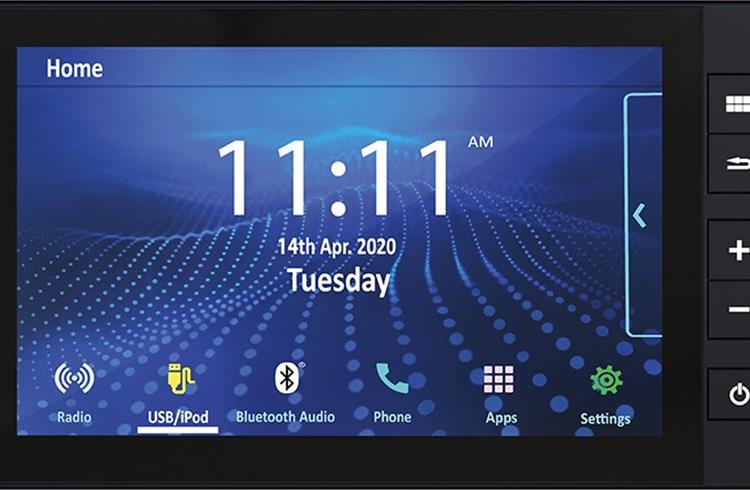 New City gets updated Digipad 2.0 infotainment system, which now comes with an 8-inch touchscreen as standard across variants. 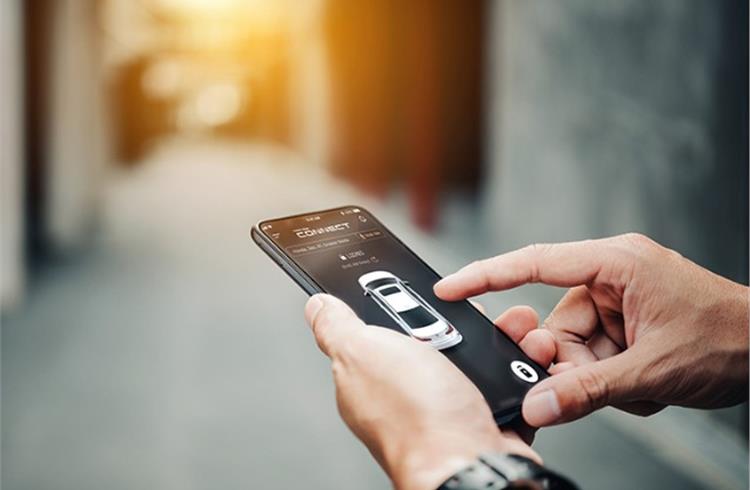 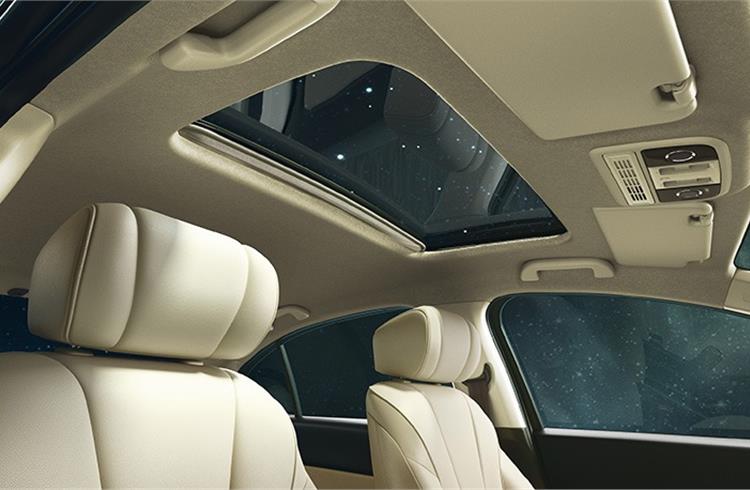 Electric sunroof. This feature seems to be becoming de rigueur for the premium midsized sedan segment. 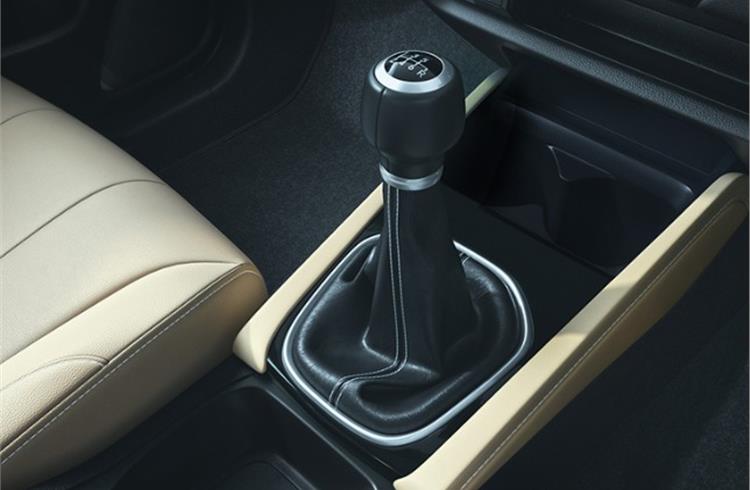 Six-speed manual transmission for the 1.5-litre petrol and diesel engines. 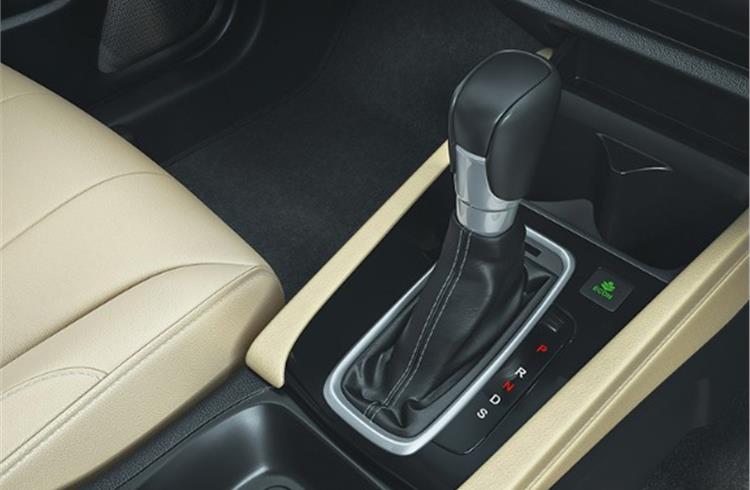 The model, codenamed ‘2TG’ is the successor to the last-generation car which was launched in January 2014 and has completed six years in the market. However, the company, for the first time, has adopted a ‘dual-model’ strategy of selling both the outgoing as well as new car alongside each other, possibly to amortise the investments in tooling for engine and chassis components. 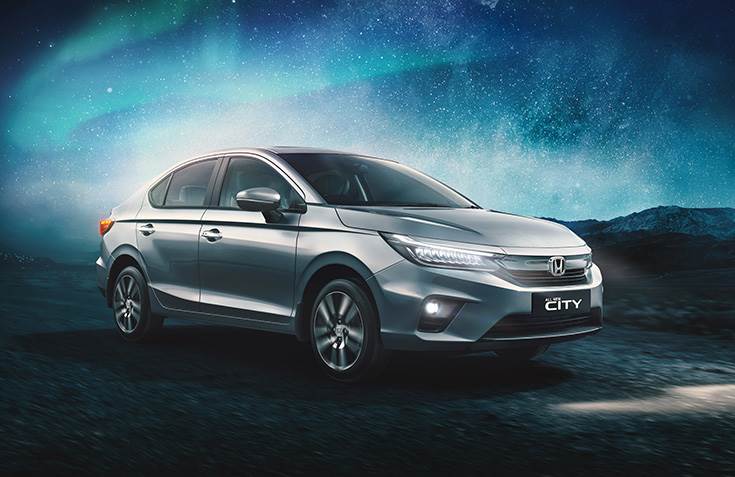 Built on same platform but now bigger
The new Honda City, which is built on the same platform as the outgoing car, has grown in dimensions due to the extended front and rear overhangs as well as a wider body. The car is 109mm longer at 4,549mm; 53mm wider at 1,748mm but has an identical 2,600mm wheelbase. However, it is just 6mm shorter in height at 1,489mm.

While the new design has modern elements, it looks an evolution of the fourth-generation car. The silhouette has now become more laid-back than aggressive and there are smart creases around the bodywork. The front gets a solid chrome grille flanked by a pair of LED headlamps, 16-inch diamond cut alloy wheels on the side and ‘Z’-shaped signature illumination in the LED tail-lamps.

Honda says it has used high-tensile steel to enhance the structural rigidity of the car, which has been designed and crash tested at the Group’s global R&D centre at Tochigi, Japan.

Honda has also paid special attention to improve the ingress and egress by increasing the gap between the rear bench seats and B-pillar by 31mm and between the B-pillar and central tunnel by 26mm.

The interior now gets a beige treatment for the upholstery and black for the floor. While the dashboard design is new, the injection-moulded door pads bear similarity to the outgoing model. The seats are also new and now offer fixed headrests for all three passengers at the back and there is the addition of a 7-inch full colour TFT instrument cluster while the sunroof continues to be present.

Connectivity on wheels
The company has introduced its updated Digipad 2.0 infotainment system into the new Honda City which now comes with an 8-inch touchscreen as standard across variants. While the infotainment offers Apple CarPlay, Android Auto and Weblink mobile phone connectivity features, the car also comes with the functionality of getting connected with the ‘Honda Connnect’ connectivity suite.

The platform offers 32 remote monitoring features including geofencing, lock/unlock, engine start/stop and vehicle health monitoring. The company is bundling a five-year subscription free with the car. Customers will also be able to use Amazon’s cloud-based voice service – Alexa, to execute various commands on the application.

New DOHC powertrains
While the new Honda City continues with a 1.5-litre, four-cylinder, BS VI-compliant petrol as well as diesel engines, HCIL, however, hasn’t introduced the 1.0-litre turbocharged motor that was launched in Thailand.

The new engines while are same in terms of their fundamentals, now get updated from the erstwhile single overhead camshaft (SOHC) to the dual overhead camshaft (DOHC) technology now, that improves combustion efficiency and minimises engine friction. The diesel also gets a NOx storage catalyst and a diesel particulate filter (DPF) to meet BS VI norms.

The petrol motor produces 119bhp and 145Nm while the diesel puts out 98bhp and 200Nm. Both engines get a six-speed manual transmission as standard and the petrol gets an optional 7-step CVT. The claimed fuel efficiency figures range between 17.8kpl for the petrol manual to 24.1kpl for the diesel. Petrol CVT offers 18.4kpl.

Enhanced occupant safety
Where the new model seems to excel and redefine segment norms is in the area of safety. Honda has equipped the fifth-generation Honda City with four airbags (dual front and side) as standard across its three variants.

The car also gets ESC along with ABS and EBD as standard, and hill start assist along with tyre pressure monitoring system (TPMS) and multi-view rear camera on all trims. The higher VX and ZX trims get six airbags and Honda’s proprietary LaneWatch blind-spot detection camera, respectively.

Now even as HCIL continues to offer the two generations alongside each other, the gradual escalation of the market and the launch of the fifth-generation model in a heavily-loaded form means that Honda is trying to sway buyers cross-shopping between compact crossovers such as the Kia Seltos (Rs 989,000) and Hyundai Creta (Rs 999,000) (which has already received 45,000 bookings since launch in March) as well as other C-segment sedans.

The new car is Rs 99,000 more expensive than the fourth-generation City and Rs 159,000 as well as Rs 258,000 pricier than the Verna and Ciaz, respectively. So, even as it will need to face huge competition, the new City looks promising to bring back charm to the sedan segment and regain its market dominance. We will track the progress.