Hero Electric is benefiting from growing demand for electric two-wheelers in the city-speed category and also rapid electrification of the last-mile delivery segment. 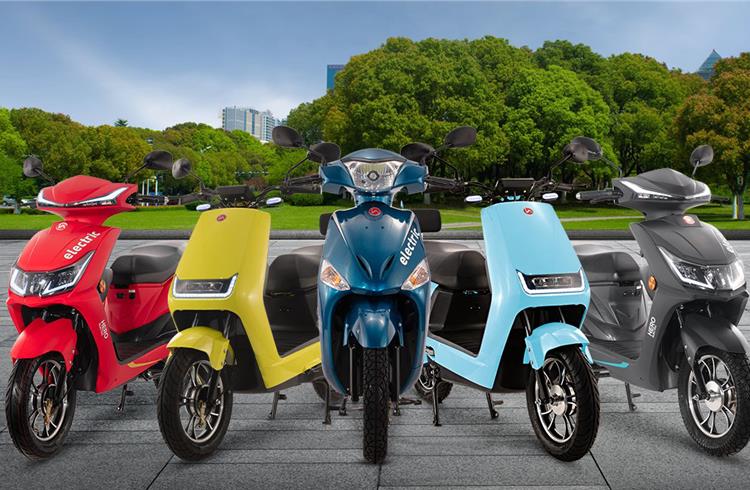 The company’s product portfolio comprises seven electric scooters comprising the 45kph Photon LP, Optima CX (with single and dual battery), NYX HS500ER and three city runabouts, the 25kph NYX E5, Atria LX and Eddy. Hero Electric says it currently has a customer base of over 600,000 customers in the Indian market since it began retailing its products.

Hero Electric is benefiting from growing demand for electric two-wheelers in the city-speed category and also rapid electrification of the last-mile delivery segment. The company states it is “set to achieve its target of 5 million EVs in three years as it continues to invest in production capacity enhancement, expanding its dealerships, and training/re-skill PGOs to build an ecosystem. It targets to train/re-skill over 25,000 mechanics under its PGO Initiative for an enhanced EV-owning experience. Addressing the needs of range anxiety, Hero has also set itself a target of building a comprehensive charging network by installing up to 20,000 stations through partnerships.”

In line with its aim to enhance localisation, the company has in November tied up with Nidec of Japan, one of the world leaders in electric motors. Nidec’s e-motors are to be deployed in Hero Electric’s city speed range of e-scooters from February 2023. Nidec India is among the 75 component manufacturers approved for incentives under the PLI scheme. 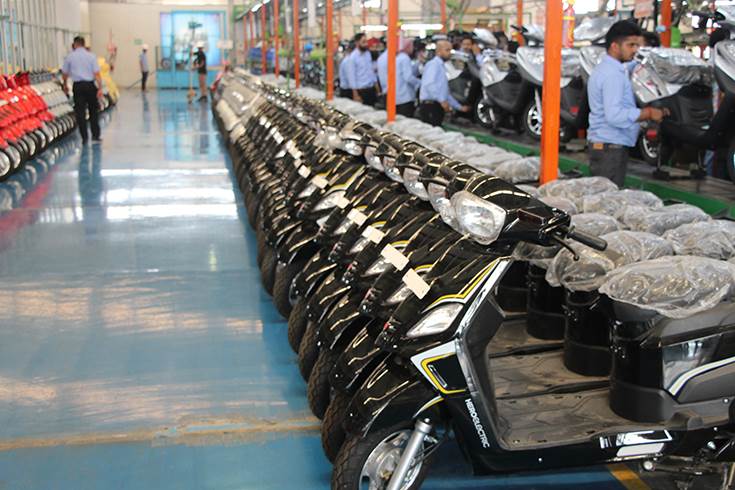 Getting future-ready
On the manufacturing front, the company is adding new capacity to its 100,000 units per annum plant in Ludhiana, which was set up in 2012. In July 2022, it began manufacturing and rollout of its Optima and NYX e-scooters from Mahindra Group’s plant in Pithampur, Madhya Pradesh.

Two months later, the EV OEM signed an MoU with the Rajasthan government to set up its mega EV manufacturing hub with an annual production capacity of two million units. Located in Salarpur industrial region, the facility is spread over 170 acres and will commence commercial production by end-2023. The upcoming facility will utilise state-of-the-art equipment, robotics and innovative technologies along with use of sustainable and renewable resources like solar energy.