While cars such as Honda’s eHEV, Hyundai Kona and others will be cheaper, the policy also extends sops on taxation, R&D and battery disposal businesses. 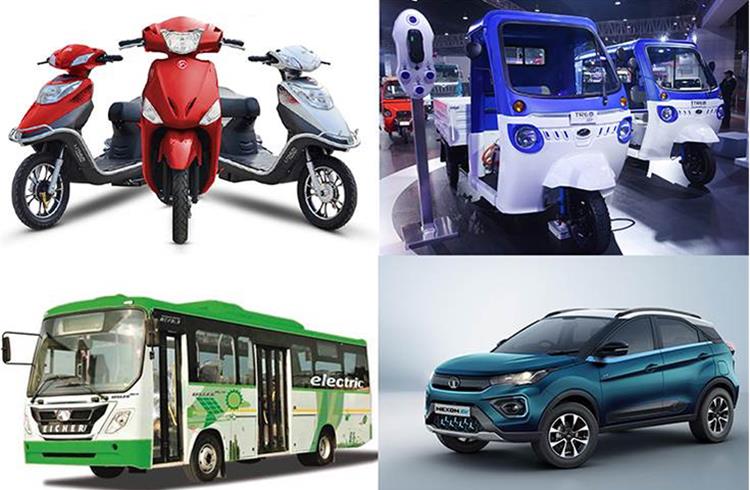 Haryana's has announced its draft EV Policy in which this calendar year is designated as “Year of the Electric Vehicles" and which proposes discounts and benefits for residents as well as the automotive industry. These decisions were taken at a recent cabinet meeting held under the chairmanship of chief minister M L Khattar.

Unlike other states, where hybrids have not been accommodated for EV exemptions, Haryana is offering hybrid vehicles as a 15 percent flat subsidy at a maximum ceiling of Rs 3 lakh for passenger cars costing below Rs 40 lakh. This sop is expected to benefit the Honda City eHEV as also the Toyota Hyryder Urban Cruiser and Maruti’s offering code-named YFG which will debut on July 20. This sop will reduce the eHEV Rs 19.53 lakh price tag by Rs2.9 lakh.

The state has also offered sops to pure EV passenger makers including Tata Nexon EV, Hyundai Kona and  BYD vehicles which will also benefit from a 15 percent subsidy  on purchase of a car that costs between Rs 15 lakh and Rs 40 lakh, and with a maximum tax break of Rs 6 lakh. The ex-showroom costs for the premium XZ+ Lux variant of the Nexon EV which costs Rs 17.4 lakh will drop by about Rs 2.6 lakh.

The 15 percent offer has also been extended to two wheelers, three wheelers who will have an additional benefit in terms of a full rebate in motor vehicle tax and relaxation in registration fees.

Joint director of the Haryana Enterprises Promotion Centre (HEPC), Rajesh Aggarwal  who is overseeing the implementation of the states EV policy confirmed the above subsidies, and said that the policy is at a draft stage and a “final notification is expected by the end of next week”

Aggarwal also said that when notified it will be one of India’s most aggressive EV policies as besides fixed benefits, it will provide extra incentives for the next six months to all vehicles applicable at ex-showroom price and provided they are registered in Haryana once the notification comes into effect.

The extra incentives provided are limited for a period of six months from announcement of policy include Rs 25,000 for the purchase of e-Rickshaw/carts, Rs 50,000 for electric-based light motor vehicles. For Electric cars below Rs. 10 lakh will get additional  Rs 75,000 and  electric cars above Rs. 10 lakh, the incentive stands at Rs 100,000.

JT Director HEPC said that “all subsidies and incentives will be directly credited into the account of the purchaser of the vehicles” to promote clean energy and promote green mobility in the state.

The Society of Indian Automotive Manufacturers (SIAM) also has held the policy as path breaking. “The policy is very encouraging for EV manufacturers. We will be having a joint meeting with the Haryana government in the next 15 days to study the various modalities it has to offer to EV makers, battery makers to help our fellow members under the finer nuances of the policy,” a SIAM spokesperson said.

HEPC’s joint director further emphasised that  highly polluting and high-fuel guzzling vehicles will be disincentivised with penalties and higher taxes levied to fleet owners as well.

“ We plan to impose higher registration and renewal charges, higher parking fees, congestion charges and additional taxes or cess  to  be collected on the sale of such vehicles from fleet owners. The state also plans to add to limitations of entry of such vehicles into city limits during peak hours to reduce the pollution levels.” Aggarwal said.

With this policy, Haryana joins other states that are trying to make EVs more affordable such as Karnataka, Gujarat and Telangana. A total of 13 have formulated such policies.

The state government plans to woo global EV makers to import their vehicles offering a likewise 15 percent discount of up to Rs 10 lakh for imported electric cars which cost between Rs 40 lakh and Rs 70 lakh. These discounts are valid only for early bird buyers and will be discontinued later.

EV manufacturers are  giving a big thumbs up to one of the most forward looking and ambitious EV policies. Uday Narang Founder of Omega Seiki Mobility that has a manufacturing plant at Faridabad for its electric three wheelers said  “Haryana Government's plan to reduce  GST on EVs and it will help India to build capacities not only in EVs but also on the batteries side and help the industry to become a significantly large player after US & China in the next 5-7 years and not have to depend on the Chinese EV ecosystem”

The draft policy has proposed to reduce the GST with 100% net State Goods and Service Tax (SGST) accrued to the state will be reimbursed for a period of 5 years for micro & small, 7 years for medium, 10 years for large industries. This reimbursement will be limited to 100% of capex or for the period stated, whichever is earlier.

The policy also says Gurugram and Faridabad will be declared model Electric Mobility (EM) cities with phase-wise goals to adopt EVs and charging infrastructure to achieve 100 percent e-mobility. The policy proposes the 100 percent conversion of the Haryana State Transport Undertaking’s fleet into electric buses, fuel cell or  other non- fossil-fuel-based technologies by 2030.

Suman Mishra, CEO, Mahindra Electric Mobility, while lauding the policy makers for their overall move to decarbonise the environment said “ The need is to significantly reduce emissions from the road transport sector which forms a pivotal part of India's efforts to decarbonise its economy and a well-articulated, incentivised EV policy is crucial to creating a conducive environment for the adoption of EVs”

The policy that has incentives for charging and swapping operators offers all new Electric Vehicle Manufacturing Units and Electric Battery Units as defined under the policy to be exempted for paying electricity duty for the first 10 years.  Units will be given a dedicated line along with special discount for night time/ non peak time usage for testing of Battery Electric Vehicles batteries based on requirements. Also rates for charging of electrical vehicles will be lesser as compared to the normal electricity rates, JT Director HEPC has confirmed.

Okinawa Electricals, the EV leader too, has praised the policymakers stating that  the policy will “accelerate the demand for electric two-wheelers in the state. At Okinawa, we believe in expanding our investment and further enhancing our presence in the state," said Jeetendra Sharma, Founder & MD of Okinawa Autotech.

In addition to this, the Department of Town and Country Planning (TCPO) shall mandatorily include the provisions for charging of electric vehicles in places such as Group Residential buildings, commercial buildings, institutional buildings, malls and metro stations.

The state government has also announced fixed incentives of up to 1 crore rupees for businesses that establish EV battery disposal units in the state.