GP Petroleums aims to preserve cash and doesn't want to take on additional expenditure in the current situation. 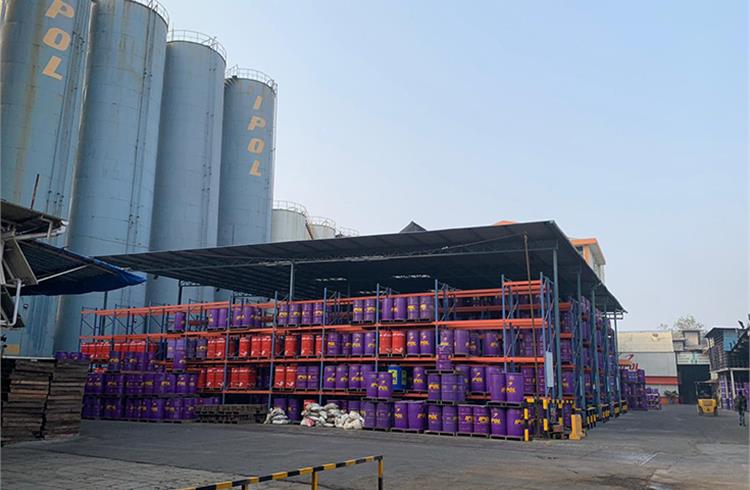 GP Petroleums has deferred its plans for construction of a plant at Saronda in Gujarat in view of the uncertainties created by Covid-19. The company board had earlier approved investment of over Rs 100 crore in February last year for a state-of-art plant with annual capacity of 3,24,000 kl for enabling the company to be present across the entire gamut of Indian lubes market.

According to the company, this proposed plant is part of the Group's global growth strategy to produce and market 500 million litres of lubricants across the world through both organic and inorganic routes.

Prashanth Achar, CEO, GP Petroleums informed Autocar Professional that the company aims to preserve cash and doesn't want to take additional expenditure, "So, for now our Vasai plant, we are anyway up to the mark and it can cater to our growth projections for the next three years at least. So, given that we said we will delay this capital expenditure to a later date."

The company supplies various lubricants to tractor OEMs, agricultural equipment manufacturers, crane manufacturers and tipper segments counts Eicher Tractors, Sonalika Tractors, Sietz Rotavator, Action Construction, Escorts Construction, Simpson Engines, Tata Motors, Daimler Benz and Eicher amongst its most prominent clients. As per GPPL, one out of every four two-wheeler tyres is manufactured with process oils supplied by the company and about 15 percent  of components in a motorcycle is likely to have been  machined, tempered, drilled, hone or coated with GP Petroleums’ offerings.

Agility remains key
Meanwhile, with Covid-19 continuing to throw challenges  since the first reported case came out early last year, GP Petroleums’ executives  claim that being agile in its strategy has helped the company in manoeuvring around the tough situation.

Achar explained  that  during the first wave of Covid-19 last year when India's hinterland markets were relatively less impacted, the company played to its strength. With rural and semi-urban markets constituting over 50 percent of the country's total lubricant sales, it added about 128 new distributors in more than 60 cities through online/offline appointments. The Company also tied up with few non-banking financial institutions (NBFC) which  ensured about 42 percent of its business getting converted from credit to cash. In addition to it about 30 percent of business anyways has been on cash, which takes the total to about 70 percent.

With a large part of rural and semi-urban markets getting affected during the second wave of Covid-19, the lube maker adopted  a direct-to-dealer (stockist model) channel finance option, which the Company claims is an industry first.

However, the lubricants market in India is highly competitive and fragmented, comprising national oil companies, several international majors and a large number of local companies. Hopefully, with automotive sales limping, the prospects for the lubricant industry may also start looking up.