According to the report, Hero Electric and Okinawa have been asked to produce documents supporting their subsidy claims. 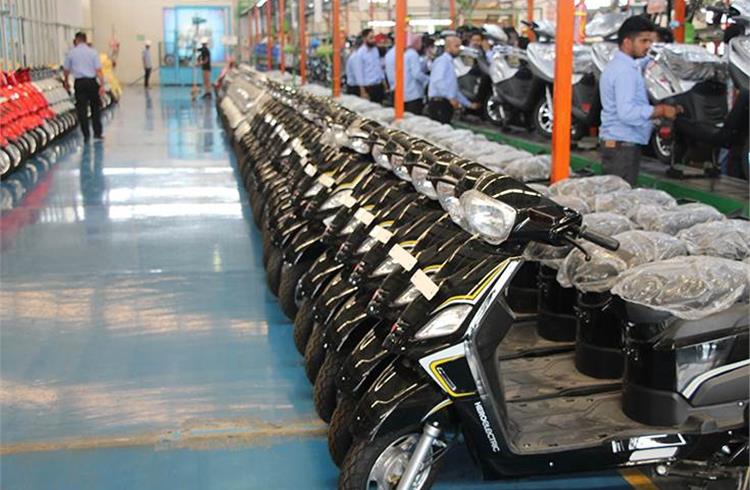 Ministry of Heavy Industries (MHI) has sent notices to a number of Electric Vehicle (EV) manufacturers to check if the components used in their vehicles are largely locally sourced as they benefit from the Rs 10,000 crore Faster Adoption and Manufacturing of Electric and Hybrid Vehicles (FAME)-II scheme, Economic Times reports indicated on Friday.

According to the report, which cites unnamed Government officials aware of the development, Hero Electric and Okinawa have been asked to produce documents supporting their subsidy claims, while a few other companies have also been scrutinised. Micromax co-founder Rahul Sharma's Revolt Motors and Coimbatore-based electric vehicle manufacturer Ampere Vehicle have also received the notices.

"An audit by the Automotive Research Association of India (ARAI) is currently underway at four more EV companies besides Hero Electric and Okinawa... The scope of the audit at manufacturing facilities of EV two-wheeler manufacturers is to verify that the components used in their vehicles are largely locally sourced. This is an essential criteria to ensure that the vehicles sold by these companies are eligible to be subsidized by the centre...," an official was quoted as saying.

All of these EV two-wheeler manufacturers (including Hero Electric and Okinawa) are being scrutinised, but subsidies are said to be on hold for only the two for the time being, according to a source who spoke on the condition of anonymity.

"The subsidies for electric vehicle manufacturers will be restored once they submit appropriate documentation to substantiate localization claims," the official added, noting that no steps are currently being taken to recover the already disbursed subsidy.

Officials previously stated that any penalties imposed on these companies for falsifying localization claims could be recovered from future subsidy payments. According to the FAME-II portal, none of the models sold by Hero Electric or Okinawa are eligible for the subsidy.

While none of the companies responded to the allegations in the report, Ampere Motors said that an audit was successfully conducted by the test agency officials at the company's Ranipet plant and has been given a clean chit.