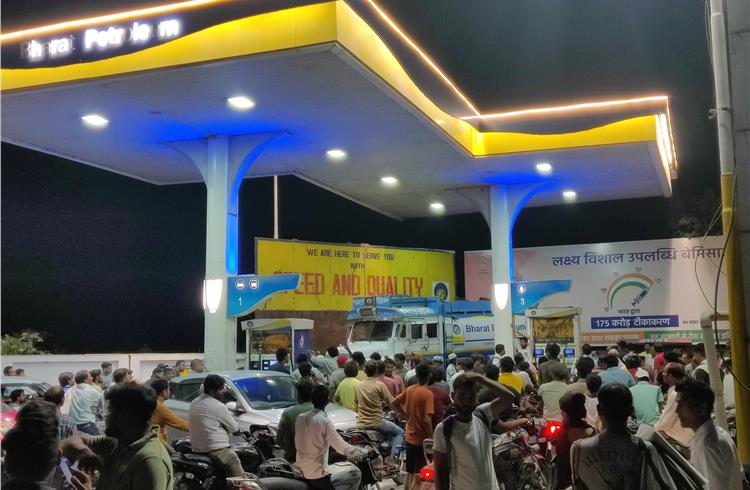 The Centre on Friday announced  the relaxing of criteria for grant of authorisation for marketing of transportation fuel to facilitate greater participation from the private sector oil companies.

The extension of the universal service obligation (USO) is aimed at maintaining petrol and diesel supplies during the specified working hours ,and in specified quality and quantity. This has been done to ensure adequate fuel in remote areas by the private sector, as well as ensure the setting up of fuel outlets.

The relaxation obliges private players to make  available minimum facilities as specified by the Government in addition to maintaining minimum inventory, providing services to any person on demand within a reasonable period of time and on non-discriminatory basis and ensuring fuel availability to customers at reasonable prices.

According to a government statement, "Now the authorised entities have been obligated to extend the USO to all the retail consumers at all the retail outlets. This has been done with an objective to ensure higher level of customer services in the market and to ensure that adherence to the USO forms a part of the market discipline".

Private oil companies have in recent weeks reduced supplies on the grounds that retailing to have become unviable as PSU oil companies tends to indulge in price freezing (on account of elections and other reasons), thereby selling at rates below the cost.

While prices have since fallen from $140 to $120 for Brent crude, OMCs’ margins are still under very severe pressure. These players need to hike diesel/petrol prices by another Rs 15 a litre to earn sustaining margins of Rs 3.5 per litre, as per industry estimates.

The decision to relax the norms comes just days after the Government acknowledged reports of shortages of auto fuel in the hinterlands, and has assured customers of adequate quantities to cater to the extra demand. The administration said that specific locations in some states have seen a significant increase in demand for petrol and diesel, with an increase being as high as 50 percent in the first half of June 2022 over the corresponding period of last year. These locations are in Rajasthan, Madhya Pradesh and Karnataka where supplies were handles by private retail outlets, and where the distances from terminals and depots, were  longer.

Attributing the demand to be seasonal in nature, the statement explained that due to agricultural activities, bulk buyers have shifted their purchases to retail outlets, and there has been a substantial reduction in the sales by private OMCs which have shifted to PSU outlets. Simultaneously, as a result of a crackdown by the Government on illegal biodiesel, these volumes have also been added to the outlet's diesel sales.

The PSU oil companies have since been instructed to increase  stocks at the depots and terminals, enable extra movement of tank trucks and lorries to serve the retail outlets, extended working hours of depots and terminals including at night, to cater to the extra demand, and provision of extra fuel for in the affected states.