The Ministry of Petroleum and Natural Gas has begun speedy ramp up of the CNG distribution network in the country. 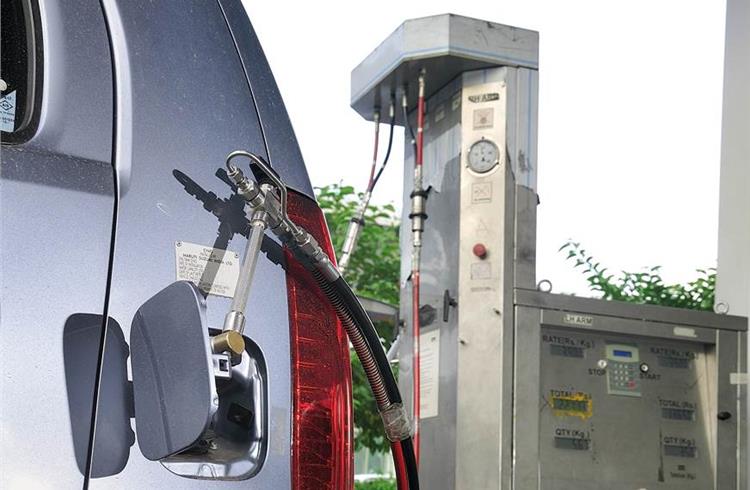 In a bid to move towards a scenario of sustainable mobility, the government has turned bullish on CNG and believes it has huge potential to drive motorisation in India, as it comes with the benefits of being a relatively cleaner and much cheaper fuel to operate than its regular petrol and diesel counterparts.

Dharmendra Pradhan, the Minister of Petroleum and Natural Gas and Skill Development and Entrepreneurship, announced at the recently concluded 58th SIAM Annual Convention in New Delhi that his ministry is considering CNG to be one of the most crucial alternative propulsion mediums of the future and is making significant investments to expand its proliferation.

Where CNG distribution is rather limited and stands at 1,400 outlets spread in 75 districts across the country today, the close gas distribution (CDG) network, he said, “is set to scale up to reach 300 districts and 10,000 dispensing stations over the next decade by 2030, with the work starting in September 2018 itself. We are investing Rs 70,000 crore into the expansion project and we request automobile companies to come up with more CNG-run vehicles as they are cleaner, yet cheaper to operate than their petrol and diesel counterparts. There is a huge scope to decentralise bio-fuels and in the production of bio-CNG as well.”

While he assured the industry of a seamless supply of BS VI fuel well in advance and that the industry can work towards BS VI implementation without any fears. He also said that with the auto sector’s need for new technologies like lightweighting, which are set to define the economics for vehicle manufacturers in the future, the Ministry of Petroleum and Natural Gas along with the Ministry of Petrochemicals is deriving new polymers for facilitating future product development.

He also focused upon the immense scope lying in alternative fuels and shared that India has close to 3.5 million metric tonne of carbon waste generation every year and there is huge potential for the country to convert it to bio-fuels such as ethanol and bio-methanol. “Bio-fuels can become absolute sustainable means for the transportation sector, and not just act as a transitioning media towards electrification,” Pradhan said.

Citing examples, he said that Pune is running a pilot bus project on bio-CNG generated from bio-mass.