The company claims to have a production capacity of 40,000 annually and was also the first company to export e-rickshaws to Africa. 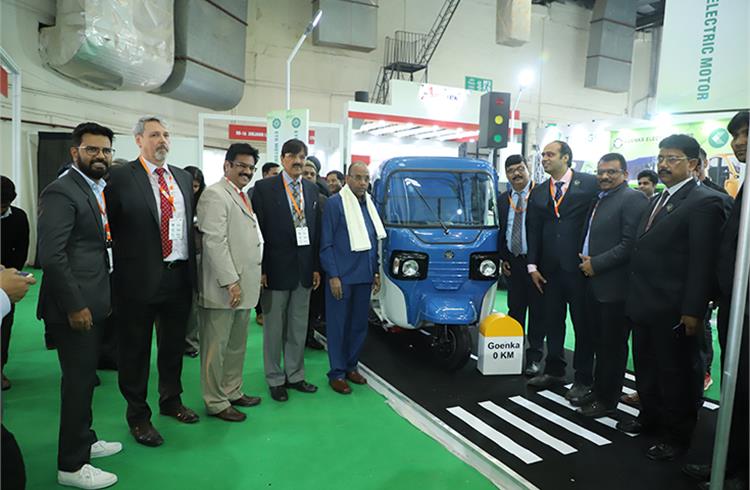 Goenka Electric Motor Vehicles (GEM), a leading manufacturer of e-rickshaws in the country today announced that it would invest $5 million (Rs 35 crore) in 2019 to increase its production capacity. The announcement was made during the launch of Super King, an electric autorickshaw at the EV Expo 2018 that kicked off today at Pragati Maidan in New Delhi. The vehicle was launched by Anant Geete, Union minister for Heavy Industries and Public Sector Enterprises.

The company says at present it has a production capacity of 40,000 e-rickshaws annually and has recently received an order for 500 e-rickshaw’s from Essel Infratech. It is also the first Indian company to export e-rickshaws to Africa – 250 vehicles that were gifted by the government of India to the Senegal government.

GEM claims that the lightweight vehicles ensure increased battery life and enable easy driving. The ownership cost is claimed to be 40 percent lower than in comparison to autos that run on internal combustible engines.

Commenting on the launch of Super King, Zafar Equbal, CEO of Goenka Electric Motor Vehicles, said, “GEM believes in innovation and we are pioneers in the electric vehicle space in India. Since our foray into e-rickshaw space, GEM has emerged as the leader in the sector and our products are available through our 150 dealers across the country. We are adding an additional 200 dealers in the coming year and we expect our products to be available to an even wider consumer set. Our products are developed to the highest standards, utilising exceptional quality material and components. The newly launched Super King vehicle is not just an environment and user-friendly vehicle but is also exceedingly energy efficient and has high load tolerance to endure extreme conditions. And we hope, like all our previous variants, Super King too will delight the customers with great performance.”