For M&M, the aspiration is for the core to become stronger

As Mahindra & Mahindra’s Dr Pawan Goenka gets ready to retire this week, he believes that the company is well poised to face future challenges. 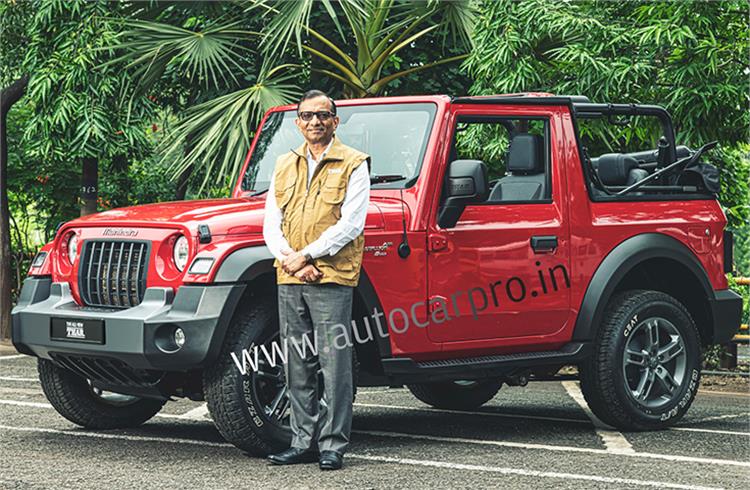 As Dr Pawan Goenka gets ready to retire as Managing Director of Mahindra & Mahindra this week, he believes that the company is well poised to face future challenges.

The good news in recent times is the phenomenal market response to the recently launched Thar which, in turn, has pretty much ticked the right boxes. “For a product to succeed, you need to get all six right — product, design, quality, communication, sales process and price,” Dr Goenka told Autocar Professional in a recent interview.  (Full interview in the April 1 magazine edition).

Even if five are right, the result could still be a big zero and it is here that the Thar has shown how it has all the ingredients in place and “is a huge hit” which augurs well for M&M. Yet, the fact remains that the company has taken a few tough calls in exiting non-core businesses even while reiterating its commitment to electric mobility.

To that extent, one could even assume that it is now back to where it started at the time of the Scorpio two decades earlier. That was the time when M&M had decided to exit the joint venture with Ford and focus solely on SUVs. The move paid off as the Scorpio went on to become a runaway hit and laid the base for a strong foundation.

Fast forward to the present when automakers are joining hands and pooling in investments, a list that includes the likes of Toyota-Suzuki, PSA-FCA, Skoda-Volkswagen, Ford- Volkswagen and so on. In this backdrop, is M&M taking a chance by going solo?

“That is a conclusion one could draw looking at things looking from the outside but it is not right. We are not slowing down on exports…where we have slowed down is SsangYong which is the only major thing cut out,” said Dr Goenka.

M&M had acquired the South Korean SUV maker over a decade ago and has now decided to move on since the script did not go according to plan. Likewise, when the proposed joint venture with Ford was called off at the beginning of this year, it was in any case a plan for the future.

From M&M’s point of view, “there is no reduction or dilution in our aspiration to be a global company”. The better way to put it, stressed Dr Goenka, is perhaps “course correction” where the company is taking a call while saying that “we were doing too many things” and it is critical to spot those areas where it can slow down for now.

“That does not mean that we cannot come back to these three years down the line. Perception may seem that we are lowering our aspiration but that is not the case…where we were doing 10 things, we can do seven right and put three aside,” he said.

Effectively, the company is taking some hard calls on what is non core and where success is difficult. The aspiration is for the core to become stronger rather than “try things that we are not very good at”.

As business becomes complex, every company “will have to take that call where you cannot be little bits in everything because those who are focusing on that one thing will eat you alive. You have to be the master at whatever you do”.

Interestingly, it was the pandemic which helped the company take these tough calls. And it was just not M&M but other manufacturers which were doing “multiple things” and are now rethinking their business portfolio.

“That is the unintended positive from Covid-19. Sure, it is an extreme situation but if you look at previous upheavals and slowdowns, each one was an opportunity to cut out the flab and focus on the core. Those who followed this rule prospered,” said Dr Goenka.