Every new electric car worth waiting for in 2023 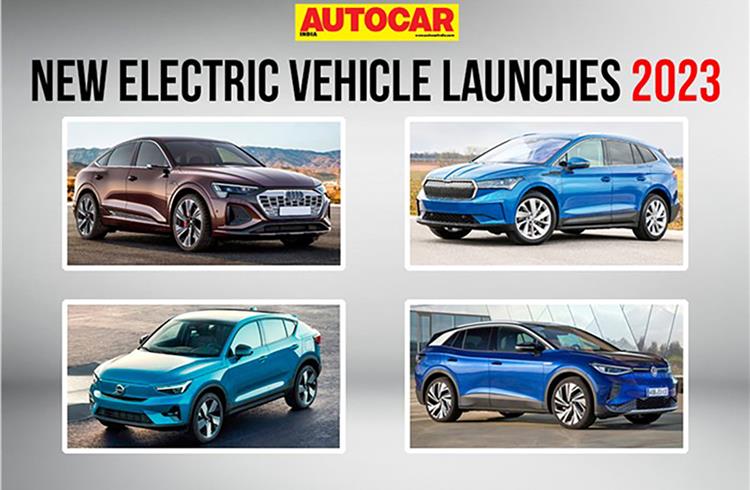 Electric vehicles (EVs) are all the rage globally, and in India too. EVs are touted to be the future of the automobile industry worldwide, mainly due to them being more environment friendly than internal combustion engine vehicles. However, range anxiety is a real thing but many manufacturers are providing solutions to the problem by offering electric cars and SUVs with big range. Here is a curated list of all the EVs, ranging from the MG Air EV to the Volvo EX90, which are to hit the Indian market in CY2023.

Audi has refreshed the e-tron and e-tron Sportback, with both now taking the Q8 moniker. Most of the design has been carried over from the outgoing models, but the refreshed EVs get a new front grille, reworked bumpers as well as refreshed LED head- and tail-lights.

On the inside, Audi will now use recycled upholstery in the slightly refreshed cabin along with new features to the multimedia interface (MMI) such as MMI Navigation plus that includes e-tron route planner as standard. Both continue with the 10.1-inch touchscreen screen at the top and the 8.6-inch screen at the bottom, which controls the climate functions. 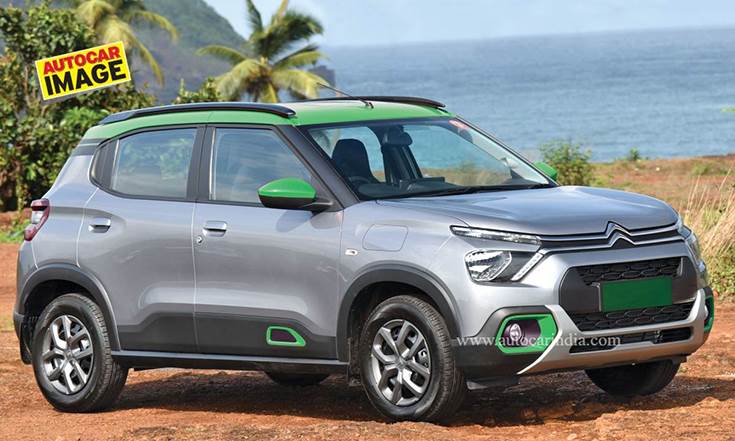 Based on the ICE-powered Citroen C3, the electric version will be largely similar, with the only differences being a charging port on the front fender and a drive controller instead of a gear lever.

Citroën will provide buyers with a 3.3kW onboard AC charger with the e-C3, and it will also be available with CCS2 fast charging support. Additionally, it will be offered with more features than the C3, such as cruise control, rear wiper and washer as well as automatic climate control.

While globally it comes with 58kW and 77.4kW battery packs, India will get a 72.2kWh battery pack that returns 631km (ARAI-claimed), and will be offered in real wheel drive guise only. Power and torque figures for the India-spec model is rated at 217hp and 350Nm.

The Ioniq 5 will likely undercut the price of the EV6 by some margin, as it will be assembled locally. It is expected to be priced under the Rs 50 lakh mark. 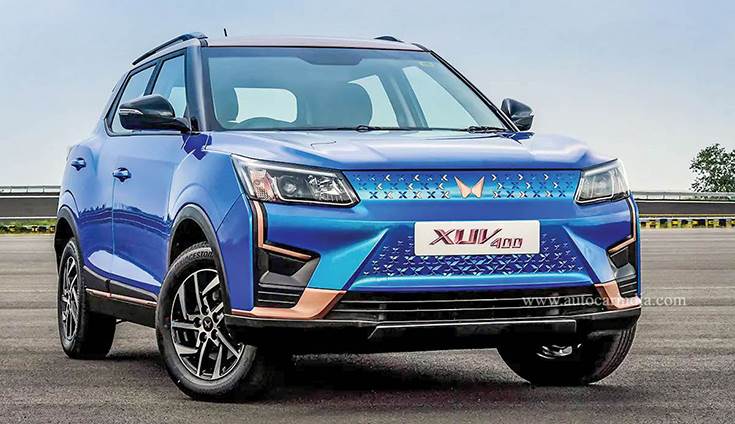 The XUV400’s design draws inspiration from the eXUV300 concept showcased at the 2020 Auto Expo. As it is based on the XUV300, the EV looks similar to its ICE sibling, but can be differentiated with the now closed-off grille, arrowhead-shaped inserts and copper-coloured accents all around. The big difference, however, is that unlike the XUV300, which has to tuck in below the 4-metre mark to qualify for a lower tax bracket, the EV has no such restriction and thus comes in at 4.2m, and this benefits in an additional boot space of 121 litres.

Inside, it gets an all-black interior with copper accents, and the biggest change is the drive selector that replaces the traditional gear lever. The 7.0-inch touchscreen has been retained, but it now runs on Mahindra’s AdrenoX software. 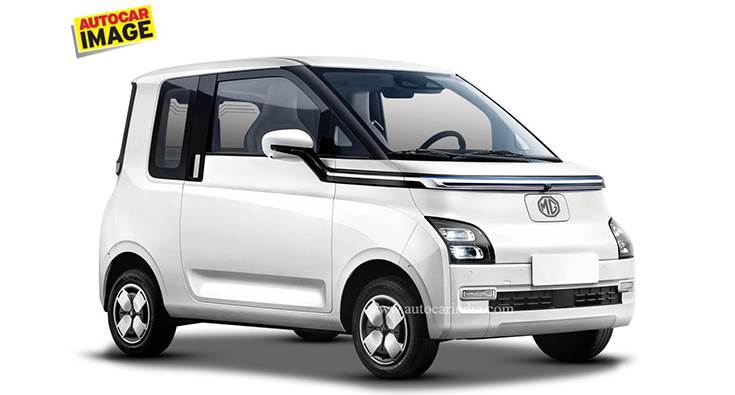 The compact two-door urban runabout EV will be based on the Wuling Air EV, which is already on sale in markets like Indonesia. The Air EV will measure 2.9 metres with a wheelbase of 2,010mm, making it 400mm shorter than the Maruti Suzuki Alto. The only thing smaller is the Bajaj Qute, but it is classified as a quadricycle.

MG will likely offer a battery pack with a capacity of around 20kWh to 25kWh, which should offer a range of around 200-300km. It is expected to be powered by a single, front-axle motor with a power output of around 68hp. MG aims to change buyers’ perceptions about compact hatchbacks as the Air EV will come with features that are found in cars from more than a few segments above. Due to its feature list and the electric powertrain, the Air EV will not be a budget car. 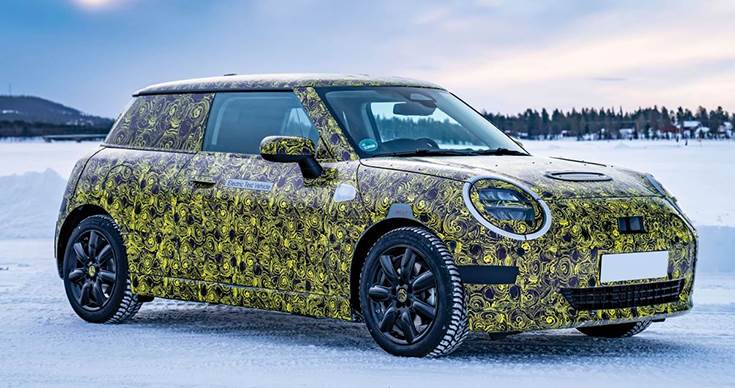 The next generation of the Mini EV will be built by BMW’s Chinese joint venture partner Great Wall Motors, and will have a three-door model as well as a convertible. It will also be 40mm longer than the outgoing model, helping increase the space at the rear and allowing for a significantly bigger battery. This will also be the first time since Mini’s reintroduction in 2001 that the upcoming generation will be smaller than the outgoing one.

As far as styling goes, the next-gen Mini EV will not get classic Mini styling, including the clamshell bonnet that has been featured on every Mini since 2001. Even though the Mini EV and Mini ICE are based on different platforms, they will feature a laid-back, minimalistic interior. Mini’s circular speedo will now be available as a touchscreen and other toggle switches will be significantly reduced. 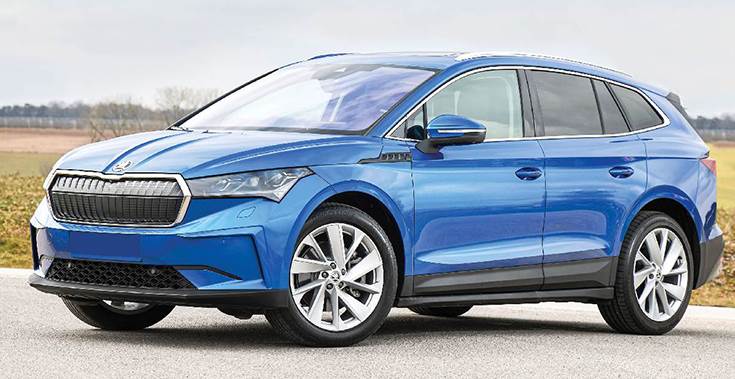 The Enyaq iV will be brought in to India as a CBU. We are likely to get the top-spec 80x powertrain, which gets an 82kWh battery that supports 125kW DC fast charging, with a range of up to 513km. It has dual-electric motors – one on each axle –producing a total of 265hp and gets an all-wheel drive system. Skoda could also offer lower-spec, two-wheel drive variants of the Enyaq iV to offer it at a lower price point.

Skoda claims the Enyaq iV has a drag coefficient of 0.27, which is low for an SUV, and aids in improving the range. Its 80 iV and 80x iV variants – which use the same battery – have a range of up to 510km and 460km, respectively. As the Enyaq iV is only slightly smaller than the Kodiaq – measuring 4,648mm long and 1,877mm wide – it will be a five-seater SUV with two rows of seats. 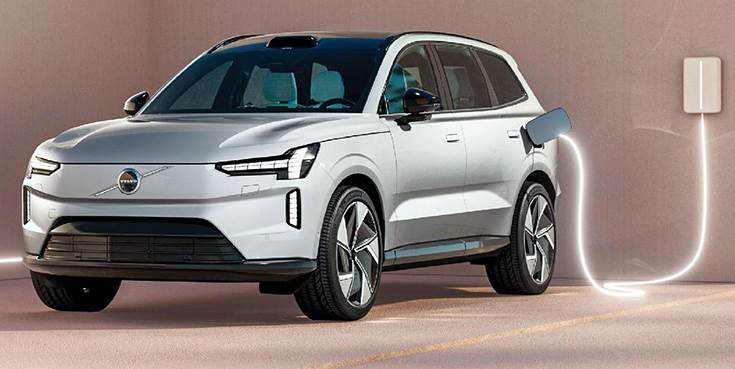 The EX90 is the third EV by Volvo but the first to use its new SPA2 platform, a skateboard-style architecture to allow for increased flexibility and interior space. Volvo claims the EX90 is the safest car it has ever built, with a major focus on hardware and software safety features such as cameras and radars that are connected to the car’s onboard computers.

The EX90 gets Volvo’s iconic Thor’s hammer headlights that feature T-shaped LED lights. In profile, the EX90 features flush door handles and a large glasshouse that looks similar to the XC90. At the rear, it gets a unique set of split lamps with a C-shaped LED unit below and a pixelated pattern above.

The EX90 will initially be offered with a twin-motor, all-wheel drive powertrain with two levels of output. The lower one will produce 408hp and 770Nm of torque, while the higher ‘Performance’ models churn out 517hp and 910Nm of torque. Both will be limited to a top speed of 180kph. Single-motor versions will follow later. The e-motors are paired to a 111kWh battery that has a range of up to 600km (WLTP cycle). 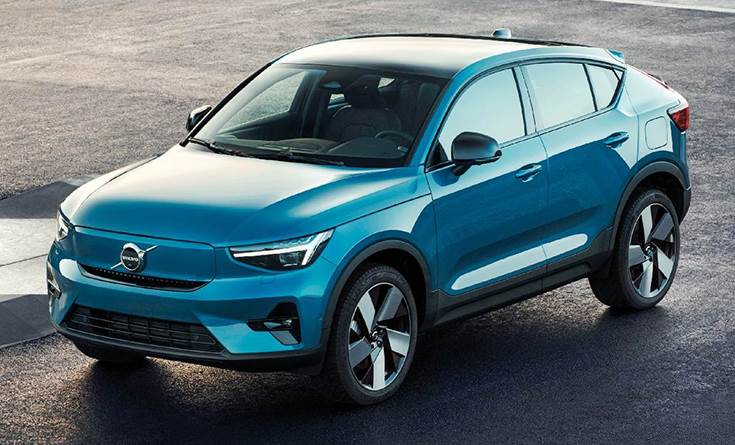 Volvo’s second EV in India will be the C40 Recharge, a coupe SUV version of the XC40 Recharge. Unlike the SUV it’s based on, the C40 Recharge will not get an ICE counterpart. In India, it will come with a dual-motor set-up, producing 408hp and 660Nm with a range of 433km with a 75kWh battery. The XC40 Recharge and C40 Recharge look similar, but the biggest difference is the sloping roofline on the latter. Another difference is the redesigned rear end with a small spoiler and different tail-lamps. It also gets a twin-pod roof spoiler. Inside, the story is similar, but the C40 is the second Volvo in India to offer a ‘leather-free’ interior.

Volkswagen has confirmed that it is testing the ID.4 in India, which is based on the MEB electric platform, and will be the brand’s first EV in the country. India is likely to get the high-performance ID.4 GTX models that use one motor each on the front and rear axle. Combined, the motors produce 299hp and 460Nm of torque. The top speed is limited to 180kph and it can sprint from 0-100kph in 6.2 seconds.

The ID.4 electric crossover will have a mostly ‘animal-free’ interior with all of the upholstery making use of man-made materials, except the steering wheel. The ID.4 will have a smaller footprint than the Tiguan Allspace, but due to the lack of a central tunnel and a long wheelbase, it will have more cabin space.

Every new SUV launching in 2023

Every new performance car launching in 2023