Every fifth scooter sold in India is a TVS

While Honda and the Activa’s position as scooter market leaders remain unassailable, TVS Motor Co is making smart gains, as seen in the April-December 2020 period. 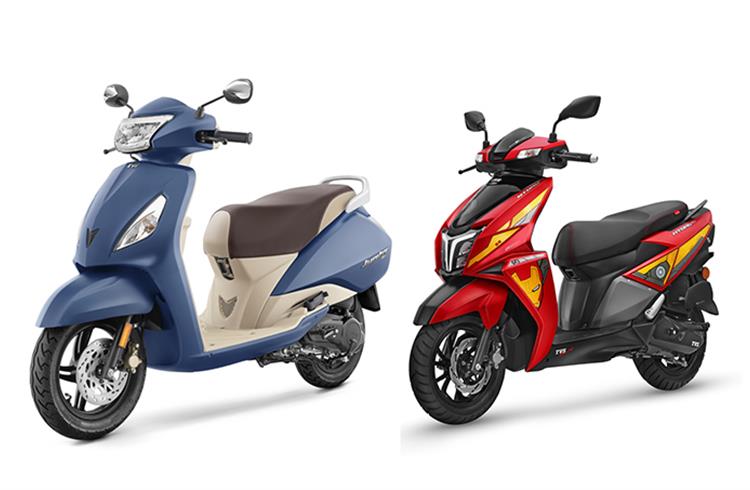 A close look at the company’s performance in the domestic scooter market reveals that the Chennai-based manufacturer sold a total of 637,235 units in the April-December 2020 period, which gives it a 20.54% market share. This is the first time that TVS’s scooter market share has crossed the 20% mark in India, which also indicates that every fifth scooter sold in India, in the nine-month period under review, was a TVS product.

Powering TVS numbers is its flagship Jupiter, which sold a total of 379,119 units and accounted for 59.50% of the company’s total scooter sales in April-December 2020. Next up is the snazzy NTorq with 172,319 units and contributing 27% to total sales. The Pep+ and the Zest make up the balance. Interestingly, TVS also sold 292 units of its iQube electric scooter.

Of course, there’s no disputing the fact that Honda, with its unbeatable Activa rules the roost in the Indian scooter market with a 52% market share. In April-December 2020, Honda sold a total of 16,06,451 scooters, which means every second scooter sold in the country during this period was a Honda. Of this total, the Activa accounted for 82% of total Honda sales, with the Dio (234,655) and Grazia (52,413) accounting for the rest.