In terms of the EV push, Tata Motors has unique positioning in the Indian market with competencies in not just an electric vehicle but the ecosystem too. 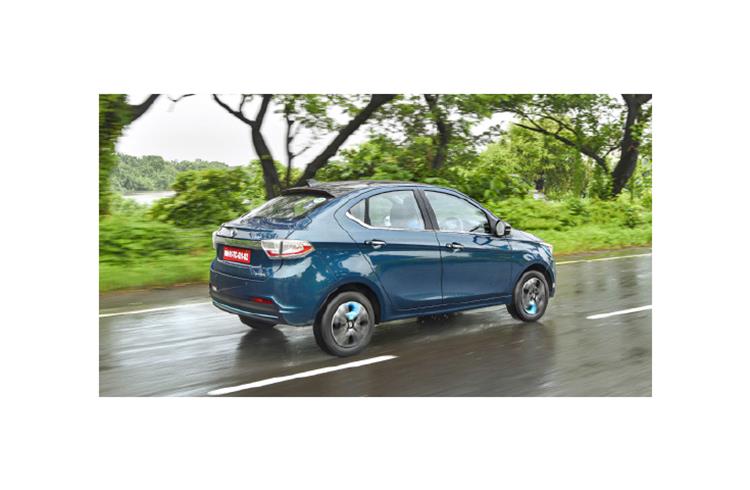 The billion-dollar (Rs 7,500 crore) fund infusion by TPG Rise Climate provided a big boost to the Tata Motors valuations and the stock. Not only did you see the stock locked in circuit but it also hit fresh 52-week highs and found a renewed buzz in the bourses. But the question is can you consider it as a Tesla moment for Tatas?

Tata Motors is an early mover in the EV segment, with two products accounting for 70 percent of the small Indian EV market. The fund infusion of nearly $1 billion from TPG Rise Climate and ADQ for Tata Motors values the EV business at $9.1 billion (Rs 67349.1 crore) has helped in providing early valuation clarity and the much-needed funding for future growth.

In terms of the EV push, Tata Motors has unique positioning in the Indian market with competencies in not just an electric vehicle but the ecosystem too. It will benefit from the synergies of the entire Tata Group, with Tata Power leading the charging infrastructure push, Tata Autocomp comtributing to battery assembly and localisation, Tata Finance providing vehicle financing, Tata Technologies and Tata Elxsi providing technology and design capabilities and Tata Chemicals evaluating cell manufacturing and other initiatives. Also, the PLI scheme and Central and State level subsidies will add to the accrued benefits. Tata Motors has forecasted that they will have 10 EV models in the Indian market by 2025.

As private investor Ajay Bagga says, “Tata Motors hence has a comprehensive plan, with assured funding at a compelling valuation in the cutting-edge electric mobility segment. Over the next two years we see debt levels coming down substantially, earnings returning to previous peak levels , market share gains in commercial and passenger vehicle segments and leadership in the EV segment.”

Deven R Choksey, MD, KR Choksey Investment Managers expects the “electric vehicle segment to create a multi-charging model ecosystem which would probably allow them to use the generic charging processes eventually. They are now creating a platform-based approach. Ultimately the money that is being invested in the EV business is going to help in scaling up of the business.”

JLR’s growing market share globally is also expected to aid the prospects of the group valuation. Kishor Ostwal, CMD, CNI Research outlined how, “JLR has at least 4 electric models whereas all other companies have at the most 1 model to test the water. Tesla is valued at $78.4 lakh crore whereas JLR is just at $13 bn. JLR is catching major market share now. In China, every sixth vehicle is JLR.  Its market share is also rising in UK and across Europe. It is It therefore clear that Tata Motors which is holding company of JLR is all set to rise to at least six times from its current market price. This is my justification for Rs 2500 price for Tata Motors.”

While most market veterans expect the other players to catch-up systematically in the race to EV leadership but a big differentiating factor is that most of the key EV manufacturers in India will be dependent on other independent charging companies while Tata Motors is almost self-sufficient in this context.

Based on this and several other factors, the Tata Motors stock has more than doubled already. The commercial vehicle segment, where Tata Motors enjoys a 42 percent market share, is expected to see growth returning. In the passenger vehicles segment, Tata Motors is regaining its old market share with FY2022 share seen around 11 percent on the back of new launches. JLR’s new launches- the RR and RR Sports is likely to also add a spark to the booking rates. The entry level mini- SUV Tata Punch, with its highest ever Global NCAP ratings for an Indian car, is seen boosting domestic sales as well.

ALSO READ: Tata Motors EVs could see up to six-month waiting due to chip crisis