Funds raised will be used for product development and infrastructure 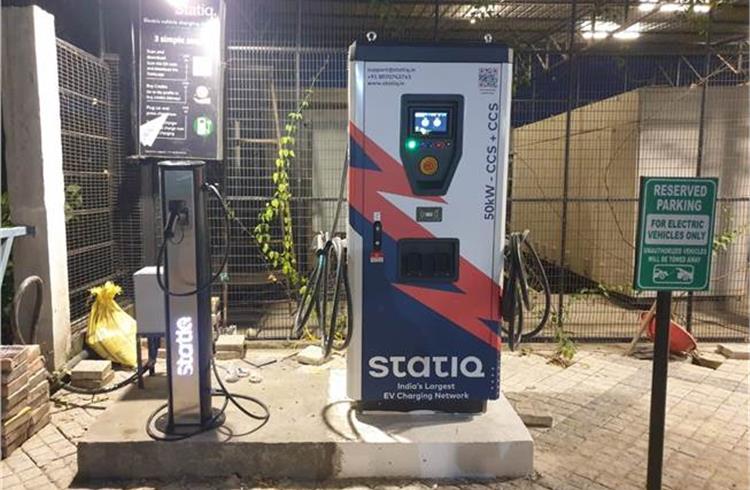 Venture capitalists and investment bankers are making a beeline for electric vehicle firms and startups such as Statiq, Greaves Mobility, ABB India and Battery Smart as capital markets in the country take a beating with the indices at all-time lows, and conventional startups increasingly find it difficult to raise funds.

As a result of the central bank’s  rate hike aimed at controlling inflation, there has been an overall tightening of the liquidity position in the markets.

Statiq, an EV charging network company which has partnered with Shell Ventures to promote EV adoption by setting up a charging ecosystem in North India has raised $25.7 million (over ₹200 crore) as part of its A series round  led by Shell Ventures. The proceeds from this funding will be used to increase the bandwidth of network infrastructure as well as fund their investments in product engineering.

Akshit Bansal, the company’s co-founder and CEO, said this fund raising will help the organisation’s plans for charging infrastructure.  "Shell and Statiq share a vision of driving transformation towards sustainable modes of transport and having them as an investor is a milestone for Statiq," he added.

Besides Statiq, the Dubai-based META4 Group has said it will invest Rs 250 crore to set up an electric vehicle plant in Telangana. Two weeks ago, Saudi Arabia-based global investor Abdul Latif Jameel has confirmed  investments up to $220 million (around Rs 1,700 crore) in 2-3-wheeler mobility company, Greaves Electric Mobility.

Ather Energy is also eyeing an IPO in the near future. The company has already raised $128 million from National Investment and Infrastructure Fund’s Strategic Opportunities Fund and Hero MotoCorp in its Series E round of funding. Booking orders for Ather Energy’s flagship product, the 450X are growing at 25 percent quarter-on-quarter. The Bengaluru-based company already has a robust retail sales network across the country, with presence in 32 cities with 38 Experience Centres. The company aims to expand to 150 Experience Centres in 100 cities by 2023," the company said in a press statement announcing the fund raising.

Global tech firm ABB Group’s electric mobility arm has acquired a controlling stake in Bengaluru-based electric vehicular infra company, Numocity Technologies for an undisclosed amount.  This is the first acquisition by a global company in the Indian EV space, a statement by ABB said. Established in 2018, Numocity provides solutions to operationalise and monetise energy delivery to EVs, that includes charging and battery swap infrastructure.

EV battery swapping network Battery Smart has raised $25 million in a Series A round led by Tiger Global. This is the second round of funding for the Gurugram-based company in the past seven months. Tiger Global led the Series A round with Rs 154.6 crore while Catalyst Trusteeship and Orios Fund participated with Rs 18.5 crore and Rs 20 crore, respectively. With this funding, Battery Smart has raised $32 million since the company started in 2019.

SEBI registered investment fund  Oaks Asset Management that has a corpus of Rs 700 crores and has invested in Hero  Electric has said that the there is no dearth of capital for profitable business " We always invested in traditional consumer brand stories driven by seasoned entrepreneurs or business families that focus on profitable growth" added Vivek Anand PS, founder and managing director, Oaks.

However, all is not smooth-sailing as a report by Inc42, a media and technology platform suggests. Many startups are struggling to stay above water. The Inc42 report suggested that a total of 10,029 employees have been sacked by 27 Indian startups across industry so far. Out of these startups, many are unicorns including Vedantu, BYJU’S, Ola, Meesho, MPL, Unacademy and Cars24 that have downsized and trimmed costs.

Demand for electric vehicles is only to increase in the future. According to the Federation of Automobile Dealers Association (FADA), sales of passenger electric cars increased over 2.5 times to 17,804 units in fiscal, underscoring strong demand for green variants.

Even as India's EV industry startups ecosystem attracted, a study by Arthur D Little suggests that it could further garner  about USD 20 billion by 2030 up from USD 6 million at present.  The foreign investment does not include the investments made by OEMs in the segment. As per the report, over  30 percent of the vehicles sold in India will run on electricity by 2030, with the crossing  sales of 10 million vehicles by 2030.

However, EV adoption for passenger vehicles is likely to be a mere 10 percent by the end of the period, amounting to a strikingly small 5 percent of total EV sales. To attain more than 30 percent EV adoption, India will require approximately 800 GWh of batteries by 2030. To meet this rising demand, India is accelerating plans to manufacture Li-ion cells within the country, anticipating USD 2.3 billion in government subsidies and more than USD 7.5 billion in investment potential, the report suggests.