The company says this initiative is expected to directly impact more than 2.5 million drivers across 20 major transport hubs of the golden quadrilateral and national highways. 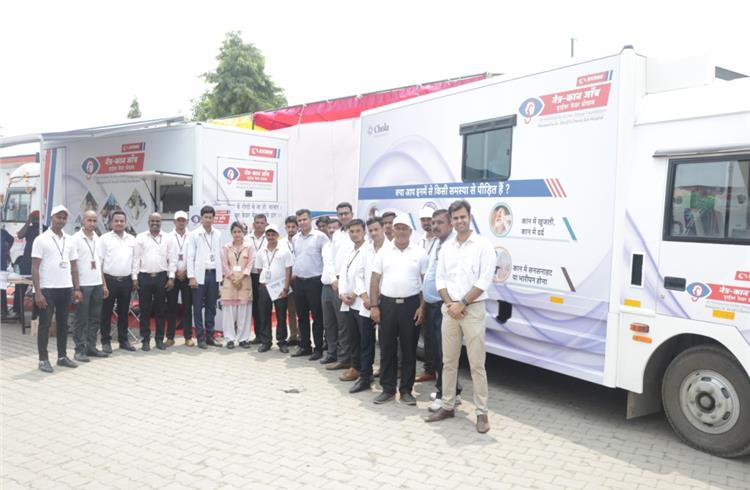 Eicher Trucks and Buses, part of VE Commercial Vehicles, today announced its driver welfare programme, which it claims is the first-of-its-kind initiative for the welfare and safety of the truck drivers, called the ‘Eicher Driver Care Program’. The initiative will run throughout the year in a joint effort with the Eicher Group Foundation and Dr Shroff’s Charity Eye Hospital (SCEH).

As part of the initiative Eicher has launched three Eicher Eye and Ear Screening Mobile Vans (EMV) to provide accessibility to affordable and advanced quality eye and ear care services to the truck drivers. 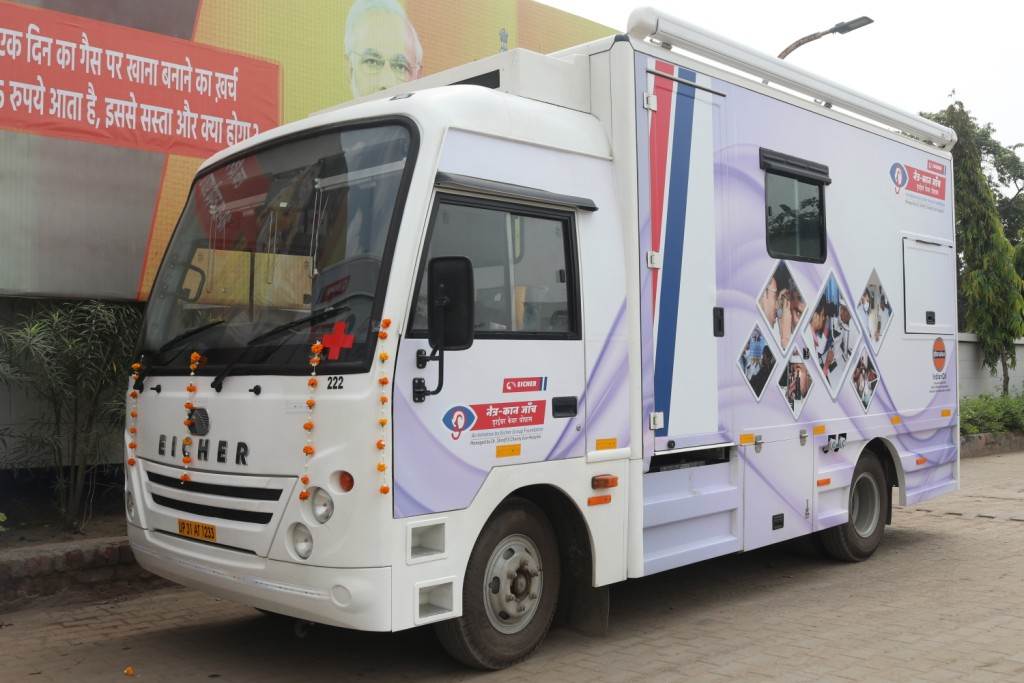 The company says this initiative is expected to directly impact more than 2.5 million drivers across 20 major transport hubs of the golden quadrilateral and national highways. The objective of this initiative is to ensure clearer vision and safe travel for truck drivers who are the most frequent users of national highways. The program further aims to target major transport hubs along golden quadrilateral highways across India, in partnership with corporates and other relevant stakeholders in the medical community.

According to the survey conducted by the Eicher Group Foundation and Dr Shroff’s Charity Eye Hospital, one of the major reasons for truck accidents are attributed to poor eyesight of the drivers. The company says according to the report compiled by the Transport Research Wing, Drivers ‘fault has been revealed as the single most responsible factor for road accidents, accounted for 77.1 percent of total road accidents during 2015. It is fundamental to attribute vision and hearing abilities as the two major faculties for safe driving.

The partners through this program have already organised 444 camps, which covered around 28,000 beneficiaries and have tested over 12,000 drivers. Further, 2,785 drivers have been found suffering from vision problems, out of which 42 percent drivers corrected their vision through spectacles and 4 percent were referred for further examination and procedures, out of which 20 percent were reported and got treatment at base hospital.

Eicher Driver Care Program targets to create a huge impact on the eye and ear care practice among drivers and improve visual and hearing ability which would also aid in reduction of heavy duty truck accidents due to vision and hearing issues pertaining among the truck drivers. The project is being implemented through fixed centres, community outreach camps and a mobile ophthalmic van model (Eicher Eye and Ear Screening Mobile Van {EMV}) covering various transport hubs within a 90-100km range.

The program is currently commissioned at Delhi NCR and Kanpur regions, in collaboration with Dr Shroff’s Charity Eye Hospital (SCEH), Eicher Driver Care Centre along with Eicher Mobile Vans, which are catering to driver mobilisation, free screenings, awareness and counselling sessions along with referrals for eye and ear surgery.

Vinod Aggarwal, managing director and CEO, VE Commercial Vehicles said, “Our objective is to improve the working conditions of commercial vehicle drivers by providing an environment where they can easily access their daily needs to improve their efficiency. Our Eicher Driver Care Program is an endeavour for a nationwide impact, which will not just benefit the drivers but will improve driver productivity, retention and disease management.”

"We are happy to collaborate with Dr Shroff’s Charity Eye Hospital (SCEH), which along with our mobile vans and community outreach camps, are working towards education and treatments to be able to positively influence the driver ecosystem and promote a healthier industry. Given the dearth of skilled drivers and the risks associated with the long haul hours, such interventions will provide a critical pillar of support. In future, we hope to see a marked increase in voluntary acceptance towards health management amongst the truck drivers,” concluded Aggarwal.