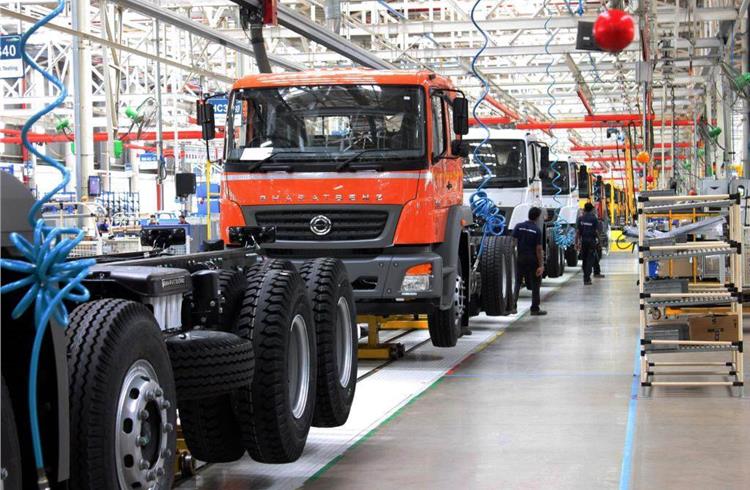 DICV started in 2012 with the goal to transform the Indian commercial vehicle industry with new benchmarks in engineering, safety and comfort in BharatBenz-branded trucks and buses. In its first decade in the Indian market, DICV recorded domestic sales of more than 125,000 vehicles. In addition, the company exported over 50,000 vehicles, among them 35,000 FUSO units, and more than 200 million parts to over 60 countries around the world.

DICV, which is committed to sustainability, currently uses 85% of its energy from renewable sources. The company has already harnessed solar energy for its manufacturing facility in Oragadam plant (Chennai) and has laid the foundation for an additional capacity of 1.3MW solar photovoltaic plant along its state-of-the-art test track. DICV’s existing solar energy plant already has a capacity of 3.3MW. DICV is working towards becoming 100% carbon-free by 2025.

DICV produces and sells BharatBenz trucks above 9 to 55 tons in India tailored to various customer applications. For the local bus industry, DICV offers BharatBenz school, tourist, and staff buses and bus chassis, as well as Mercedes-Benz coaches. Its all- Indian BharatBenz sales and service network of more than 235 touchpoints is being continuously expanded.

At present, DICV has over 4,000 direct and indirect workforce across its plant operations in Oragadam plant and in regional offices across India.

With production according to Daimler Truck’s global quality standards, DICV serves the Indian strategic growth market as well as more than 40 export markets across the globe. An integral part of Daimler Truck’s global production network for trucks and buses, the DICV plant in Chennai is the only location worldwide producing engines, transmissions, trucks and buses at the same site catering to four brands – BharatBenz, FUSO, Mercedes-Benz and Freightliner.