On the face of it, the future looks picture perfect for the construction equipment industry. However, there are many uncertainties to reckon with. 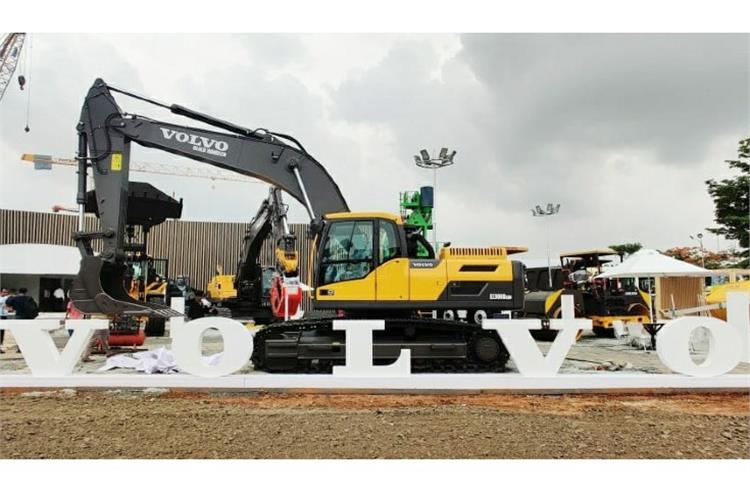 Even as secondary indicators are already showing signs of revival for the construction equipment industry, primary indicators such as project related activities and large-scale purchases are yet to take off, claims Dimitrov Krishnan, MD, Volvo CE in India. However, he expects the momentum to pick up after monsoon. Given the increase in tendering activities, particularly in March when over 5300km of tenders were issued for road constructions, "those projects will take off in the next 5-6 months" Krishnan points out.

Referring to the road ministry data, Krishnan, who is also co-chairman of Excon told Autocar Professional that during fiscal 2020, the average daily road construction stood at about 37 km daily. However, it came down drastically to just about 29 km a day during the last fiscal, before picking up again to 45-50 km per day in February-March. Furthermore, in March it broke all records reaching about 77 km a day of construction, which could partially be ascribed to anomalies of reporting though April again looks a bit on a weaker side. While road construction average is one way of looking at things, the real indicators are the net machine utilisation levels, which Krishnan reveals have increased impressively by an average of 25 percent year-on-year.

However, the ongoing developments in road construction and infrastructure needs to be seen in context of the Budget announcement for FY23 which outlines expansion of the national highway network by 25,000 km during the fiscal, about Rs 20,000 crore for which is to be mobilised through innovative financing measures.

While green shoots seem obvious at the movement, Krishnan highlights that the Government will have to mandatorily keep at least 15000 km of road construction in the pipeline at all times to keep the momentum going and ensure sustainable growth. India, which is considered as the third largest market for construction equipment globally, is estimated to reach over $25 billion by 2030. The Rs 111 lakh crore National Infrastructure Pipeline (NIP) project is expected to provide impetus to the sector. The other related projects such as Har ghar jal (providing tap water to every house), construction of ports and airports could also rejuvenate the country's construction equipment industry.

While Krishnan expects some hurdles from land acquisition, environmental clearances, red-tapism, he is confident that it certainly remains a prudent way to realising the country's infrastructure construction targets.

Setting shop in India
A few foreign companies in the construction equipment space have already intensified their efforts in setting up shop in India, given the recent uptick in sentiment. For instance, when HK and DCF – two of the leading Korean suppliers decided to set up plants in India amidst the pandemic, the CE OEMs collectively helped them in facilitating the permissions. Both the companies have now already started supply to several major CE OEMs including Volvo.

According to Krishnan, though foreign companies are eager to create base in India, the base industry should be large enough to keep them profitable. "We have crossed Japan as a CE market over four years ago. But the manufacturer and R&D that is happening there. Only when you have a bigger base then will they come here. Many of these manufacturers have invested in China. So now we feel the same cycle is happening in India, in next 10 years we believe," Krishnan points out.

Mining industry in boom mode
Another factor contributing to the cause of construction equipment is the rising demand from the mining industry for steel, particularly for exports and also from coal production. "There is a very strong push from the Government to keep coal production very high. So all coal projects are running at full capacity or in fact beyond that in certain cases. Each mining site is being monitored centrally by the Ministry of Coal" continues Krishnan. It is pertinent to note that India already stands as the world's second-largest coal as well as crude steel producer.

As per the Commerce ministry, the rise in infrastructure development is driving growth for India's metals and mining sector. As of FY21, the number of reporting mines in India were estimated at 1,229, of which reporting mines for metallic minerals were estimated at 545 and non-metallic minerals at 684. Rise in infrastructure development and automotive production are driving growth. Power and cement industries are also aiding growth for the sector. Demand for iron and steel is set to continue given the strong growth expectations for the residential and commercial building industry, the Ministry added.

Taxing times
Even as positivity around growth remains, the industry stakeholders continue to keep a guarded approach, given the potential of headwinds such as volatility in commodity prices, spike in ocean freight and forex depreciation remains.

Highlighting the headwinds from increasing input costs, Krishnan highlighted that the new emission norms which already made 60 percent of the machines costlier by about 15-20 percent, the continuing jump in commodity prices has added to their problems. "Some of the cost increases we are seeing are more or less permanent. It is difficult to say how much each is passing on.

The recent duty relief to rein in the high fuel prices is another cause for concern for the industry. As they say one man’s meat is another’s poison. While the move has been welcomes by automobile users, the road and infrastructure sector is likely to get impacted negatively as it is expected to have a negative impact on the Government spending in this segment. The fuel cess was projected to contribute nearly 75 percent to the national highway outlay for the current fiscal and about 53 percent of overall outlay for the road sector in the country.

So for now it is a wait and watch till the rains bring in the much expected relief in terms of project kickoff.