Cholamandalam Investment & Finance’s disbursements were down by 25% YoY in April-December 2020 compared to 45-50% of its competition. 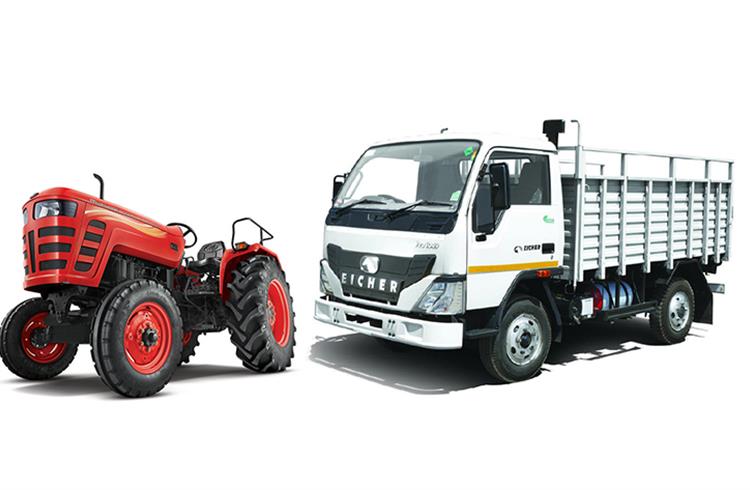 While most banks and other financial lenders to the automotive sector in India have seen their disbursements drop severely amidst the economic slowdown and pandemic, Cholamandalam Investment & Finance (CI&F) seems to be the least impacted.

It seems CI&F's change in lending strategy from low-yielding products such as heavy commercial vehicles (HCVs) to high-yielding products such as used vehicles and tractors has begun to bear fruits for the company. For instance, yields in tractor financing are 500–600bp higher than in HCV financing. Consequently, it helped the company to quickly get back onto its feet  in comparison to its peers in terms of disbursements.

This can be gauged from the latest available data which suggest that Cholamandalam's disbursements in the vehicle financing segment were down by just about 25 percent YoY during the first nine months of FY2021. In comparison, its rivals saw their disbursement collectively go down by about 45-50 percent during the same period.

The change in CI&F's strategy started even prior to Covid19, when the slowdown in the automotive industry, particularly in the CV industry, had begun to dent the company's financial performance. The heightened competition in the HCV segment arising out of increased competition from banks and wafer-thin margins in the segment made things exacerbated matters.

However, with some rejigging in the product mix, Cholamandalam has been able to cut down the disbursements to HCV segment bringing its share to just around 2-3 percent in overall disbursements from around 15 percent earlier. The development also brought down the share of HCV in overall assets under management (AUM) as it went down to about 10 percent from 20 percent earlier.

Medium & Heavy Commercial Vehicles (M&HCVs), considered to be the barometer of economic activity, witnessed sales sliding by 42.47 percent during FY2020 to 224,806 units. A forecast by rating agency ICRA suggests sales of M&HCVs and buses to contract in double digits in FY2021, if not more. On the other hand, the tractor industry has always been a barometer for the state of the rural economy in India has seen a downside by about 10 percent during FY2020 to 709,000 units. However, the segment it seems has not been affected by the pandemic, showing a strong performance during the current fiscal on the back on strong demand from rural segments.

Incorporated in 1978 as the financial arm of the Murugappa Group, Cholamandalam initially commenced business in equipment financing before emerging as a comprehensive financial service provider offering services in vehicle finance, home loans, SME loans amongst others. Currently, vehicle financing stands at about 73 percent of total AMU .

Over the past five years, Cholamandalam's AUM has grown at a 19 percent CAGR, while RoE (return on equity)  has improved from 16 percent to 20 percent (adjusted for one-off Covid19 provision in FY2020), an analysis by Motilal Oswal reveals.   Chola operates from 1135 branches across India with assets under management above Rs 75,000 crore.