With supplies from China coming to a near halt, Indian automakers find their electric plans derailed 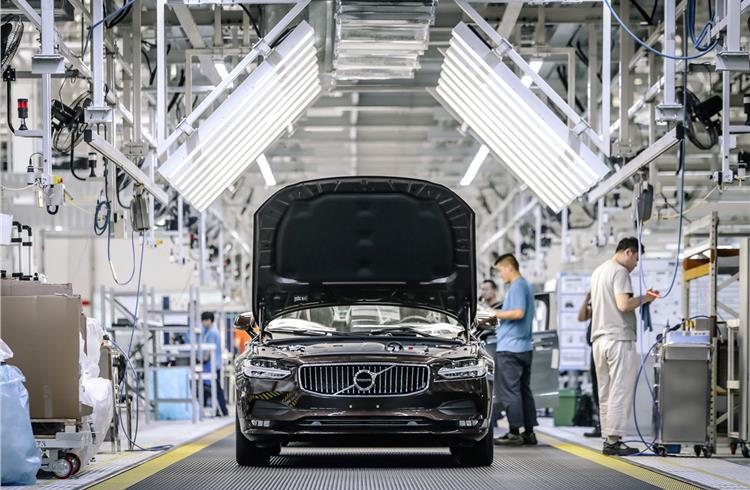 “First it was the war in Ukraine that disrupted supplies and now it is the pandemic in China that has completely thrown things out of gear. Just when we thought that the worst was over following two difficult years of the pandemic, this has ended up being a double whammy for India,” a top automotive industry CEO told Autocar Professional.

In a way, the problem in China is way more acute because it is, for all practical purposes, the global epicentre for the auto industry’s EV (and non-EV) requirements. Parts made here are shipped to regions across the world and everything has now come to a screeching halt following the lockdown.

“It is a complete nightmare and if this continues, we can pretty much write off 2022 for India’s auto industry, especially cars and two-wheelers,” continued the CEO. Shanghai is only one part of the story and continues to make headlines owing to its stature as the glitzy commercial capital of China.

However, the bigger problem lies in regions like Suzhou which are huge manufacturing hubs and are locked down due to the Covid situation. There are a whole lot of other such hubs which make automotive components to meet the needs of countries across the world. There are huge numbers of ships that are queuing up to offload consignments and also pick up goods from Chinese ports to be delivered worldwide. They have all been stuck for many days now because of the lockdown with port operations having come to a near standstill.

Driver shortage
According to another senior auto industry executive, the problem has been further aggravated by the shortage of drivers in China who are deployed to deliver goods at ports and, conversely, receive consignments too. “They will need documentary proof that they are Covid negative. This is especially difficult at this point in time with the government discouraging people from stepping outdoors,” he said.

The net result is that there are virtually no shipments to India or elsewhere which means companies here will just have to sit and wait it out. This could not have come at a worse time especially when the industry is in a critical transition phase to electric and nothing can move forward because of the crisis in China.

This can be particularly exasperating for companies like Tata Motors, for instance, whose passenger vehicle business has upped its game in electric but may now have little option than to play the waiting game. The Nexon EV has already established itself as a brand to reckon with and it is now a moot point if the long-range Nexon EV will be launched as planned.

Beyond Tata Motors, a host of other companies have been hit by the crisis in China and the fact that supplies from Russia have also been impacted has only added to their agony. “Things are really bad and we can only keep our fingers crossed at this point in time,” said the CEO quoted earlier in this story.

Covid situation
According to him, it becomes particularly difficult when China is involved simply because getting credible information is nearly impossible. It is no secret that the political leadership rules with an iron fist which means updates on the pandemic or lockdowns are not entirely credible and need to be taken with a pinch of salt.

Indian companies do liaise with their Chinese counterparts for sure but at a time like this, it is impossible to predict when things will look up. “Nobody has any data on the actual number of infections or deaths and  one can only speculate when the Chinese government will choose to lift the lockdown and allow normal life to resume,” said the executive.

The truth is that nobody has a clue on how bad the Covid situation is across China. Speculation is rife that a large part of the problem lies in the fact that the locally-made vaccine produced by Sinovac is not as effective as those made elsewhere across the world. The other story going around is that large parts of the population are still not vaccinated which makes them super spreaders at this point in time.

“It clearly seems that the Chinese government is extremely anxious to ensure that the situation does not spin out of control. In the process, it could put the economy on a weak wicket at a time when growth is already slowing down,” said an industry observer.

India has first-hand experience of the havoc caused during a long lockdown as was seen in 2020 when the Centre barely gave people a few hours to prepare themselves before shutting down all activity for three weeks. This continued for some more months till it became apparent that economic growth had plummeted and livelihoods severely impacted in the process. It remains to be seen if China is going the way India did two years ago and if it does, adds the observer, “there will be hell to pay”.

Pileup of ships
The global automotive industry will also be waiting with bated breath to see how the story unfolds in the coming days and weeks. Every passing day is only leading to a further pileup of ships at Chinese parts and more pain being inflicted across the global supply chain.

Indian automakers have more reasons to be worried because the industry has been going through a slowdown even before the pandemic made its entry here in 2020. Since then, there have been other challenges in the form of high input costs and galloping prices of petrol and diesel with CNG now added to the high price list.

Despite these setbacks, work began in factories till Russia decided to give everyone a jolt and invade Ukraine leading to supply glitches of critical auto parts . The war continues to rage even after nearly two months and now China has derailed the script further with its lockdown that is causing misery across the supply chain.

“Pain and more pain, that is the story of the Indian auto industry. It is very nice to talk about Atmanirbharta but the truth is that China calls the shots in manufacturing. We still have a long, long way to go,” summed up the CEO.