A distribution tie-up with Bangalore-based AMW Motorcycles will see the bikes being imported and locally assembled in India. 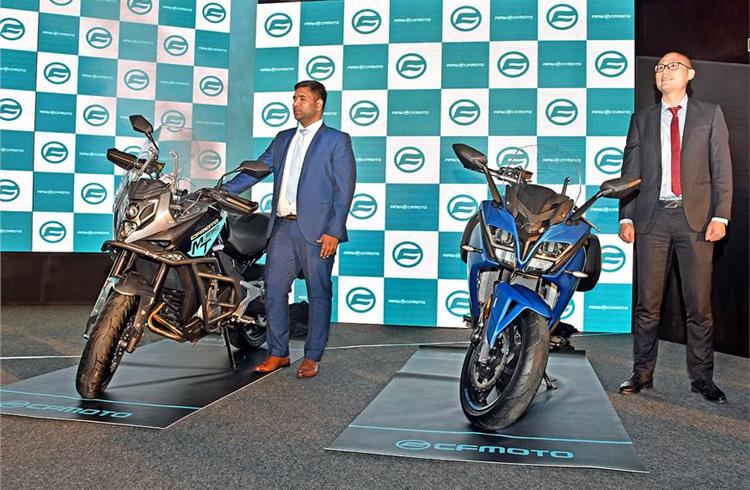 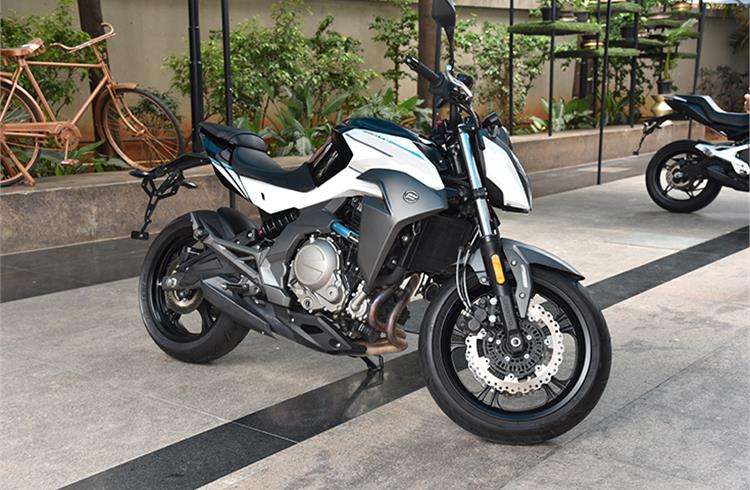 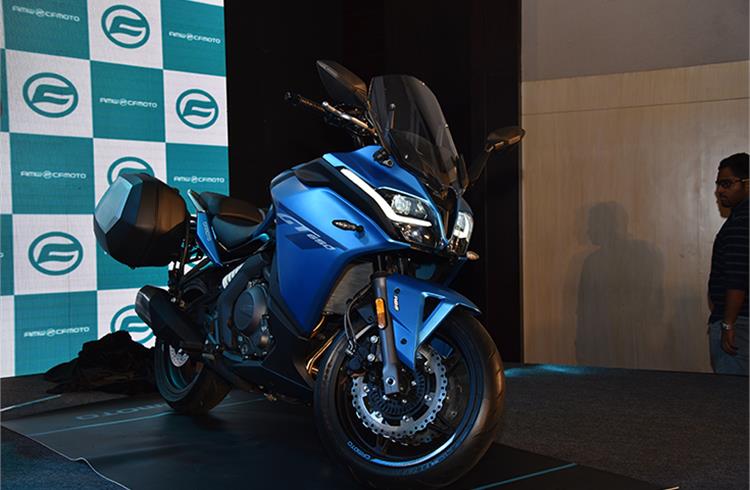 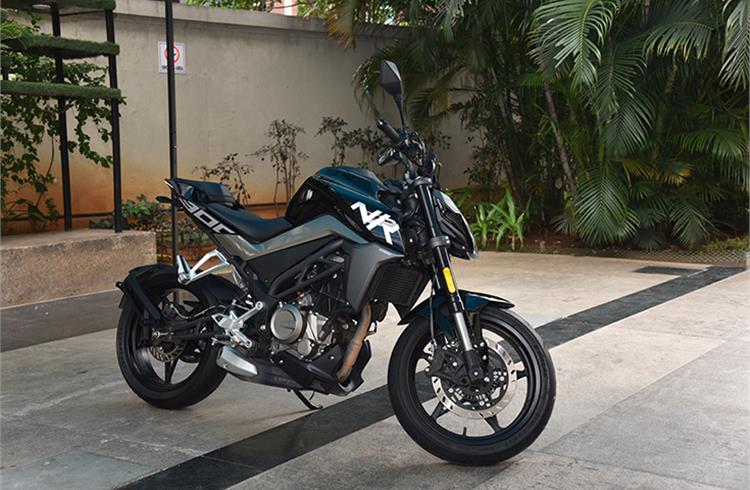 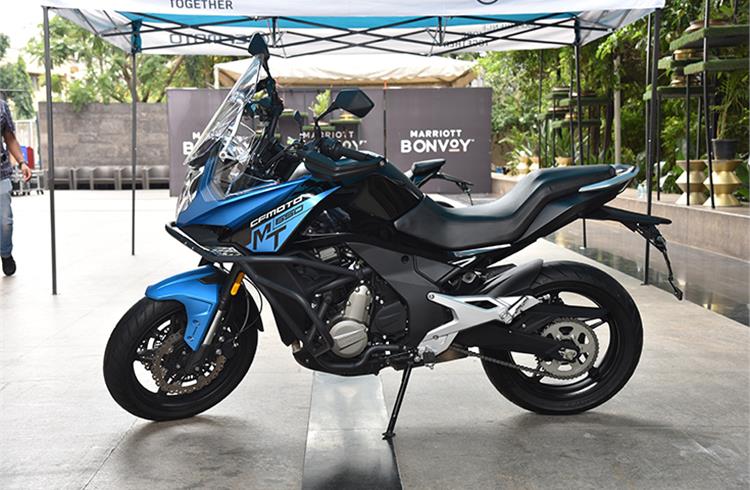 Even as the Indian automobile sector witnesses a major sales slump, new entrants are still not giving up on the huge potential offered by the world’s biggest market for two-wheelers. Chinese two-wheeler and Powersports player CFMoto today announced its entry into India, with a manufacturing and distribution tie-up with Bangalore-based AMW Motorcycles, which used to be the sole distributor of Hyosung motorcycles in India in early 2018. The company has now introduced four motorcycles ranging between 300cc and 650cc middle-capacity segment from CFMoto, priced from Rs 229,000 through to Rs 549,000.

Starting with an introductory price of Rs 229,000 ex-showroom, the CFMoto 300NK (naked street) will form the entry-level product in the range, which goes up to Rs 549,000 ex-showroom for the CFMoto 650GT, which is a sports tourer kitted with factory-fitted panniers.

The bikes will initially be brought in through the CKD route and assembled at AMW Motorcycles' facility in Bididi industrial area, in Bangalore, which has a capacity of 10,000 bikes a year. Initially, it is targeting assembly of 300 units a month. While bookings will commence from August 5, the first set of deliveries will take place in October.

AMW Motorcycles, being the sole distributor for CFMoto Motorcycles in India, has appointed seven dealers across Kochi, Mumbai, Chennai, Hyderabad, Kolkata, Assam and Bangalore, where it is planning to have a company-owned 3S facility in Lavelle Road. It aims to have 10 outlets in place by October, including Delhi-NCR, Jaipur and Ahmedabad in place too.

AMW Motorcycles has long-term plans of localisation and will aim to localise 50 percent by 2019, starting only with at least 2,000 units in terms of customer volumes. Lighting components, tyres, seat, brake pads and wiring harnesses are the part categories being considered for localisation and the frame and engine would continue getting imported from China.

CFMoto is a Chinese motorcycle and powersports company working out of 150,000 square metres plant in Hangzhou. The company started in 1989 and has its presence expanded in over 72 countries with having considerable presence in Europe, North America, South America and South Africa. Europe and North America happen to be its biggest markets in terms of sale of its ATVs.

After the launch of the initial set of motorcycles, AMW Motorcycles aims to also introduce the CFMoto ATVs in India through the CKD route six months down the line.

New 400cc motorcycle and expansion
The company will gauge customer response with the four products and will launch a new 400cc motorcycle in April 2020, once the BS VI regulations lock in. While the current crop of engines ia BS IV-compliant, AMW Motorcycles will start with the homologation process of BS VI bikes by December, and be ready for launch by April 2020.

The two companies exploring the possibility of a JV as well and, if things work out, it could materialise within two years’ time, with AMW and CFMoto also exploring potential of stepping into electric motorcycles.

"We will look at localising the battery and the motor in India with the electric products," said J Vamsi Krishna, AMW Motorcycles India. The company is looking at pilot testing of EVs by next year.

The 300NK
This naked motorcycle from CFMoto gets an all-LED headlamp and an LCD digital console. It also gets a Continental-sourced ABS module. The 300cc single-cylinder motorcycle from CFMoto is going to offer 25kW of peak power and 20.5Nm of peak torque. The engine will come mated to a 6-speed transmission and it gets an EFI setup.

While there are aesthetic differences among all three, LED headlights, digital cluster and upside-down forks remain common in all.