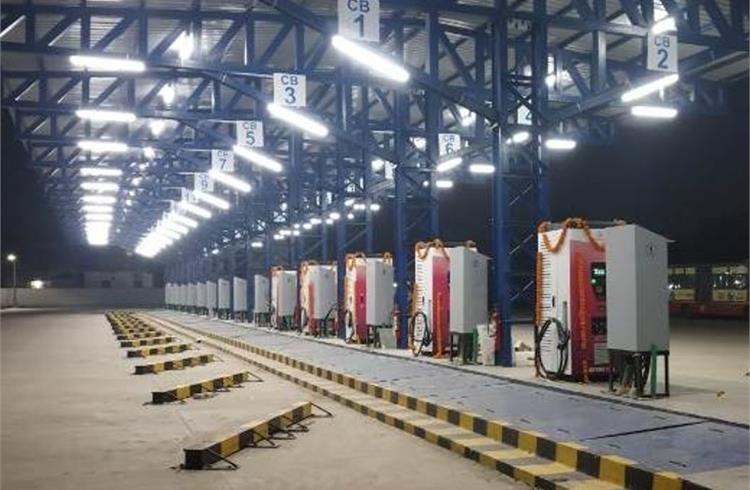 Charge+Zone, a technology-driven EV charging network has announced its plans to introduce renewable energy for its high-speed charging network for electric buses and commercial vehicles across India. The announcement is part of the company's target of achieving NetZero and offering customers sustainable charging options.

A 200KW solar rooftop has been installed by Charge+Zone in Patna, which provides 20 percent of Ashok Leyland's daily energy requirements. In the last 3-years, the company has built over 700 fast DC charging stations across the Indian market, with the network being rapidly expanded for inter-city travel across 3000 kms as well as urban e-mobility applications. Through its partnerships with bus OEMs Ashok Leyland, Volvo-Eicher, and GreenCell Mobility, as well as OEMs of the emerging segment of electric trucks, Charge+Zone aims to tap an important source of electricity, namely renewable energy. The company expects to install renewable energy powered charging stations for electric buses/commercial vehicles in at least 25 cities.

Kartikey Hariyani, founder and CEO, Charge+Zone said, “ThOur team of 100+ electrical engineers continue to push the energy envelope for a monthly sale of 3 million energy units to its existing customers and scout the opportunities beyond.  Our initiative of introducing renewable energy powered EV charging stations is aligned with the government’s hybrid renewable energy policy of solar and wind, which offers higher capacity utilization (CUF) compared to standalone solar or wind projects.”

NITI-Aayog and CESL announced the rollout of 50,000 electric buses in May, which offers a major opportunity for the e-mobility industry to invest upto $ 5 billion in charging infrastructure. At the same time, for renewable energy, it opens up a new segment of up to 2000MWp of investment.