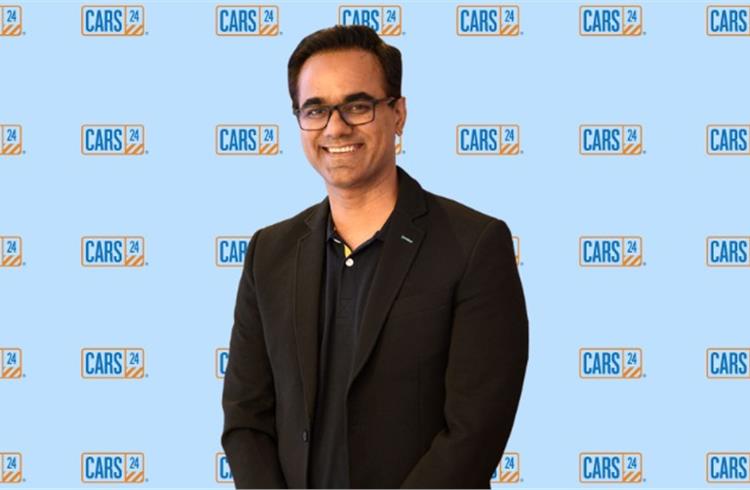 Cars24's co- founder Gajendra Jangid is bullish on the refurbishment of used cars. 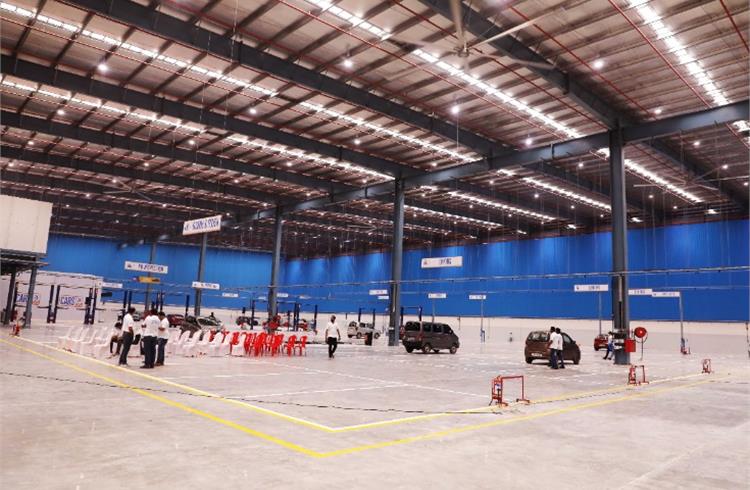 Cars24 has spent about Rs 50 crore in setting up mega refurbishment labs.

Along with achieving higher ease of business with a phygital model for buying and selling used cars, Gurugram-based start-up Cars24 is now bullish on the refurbishment of its inventory.

In late 2021, the company invested close to Rs 50 crore in setting up seven mega refurbishment labs (MRLs) that will turnaround 2,000-3,000 cars every month. These hubs, located in Tier-I cities, including Delhi-NCR, Ahmedabad, Mumbai, Pune, Hyderabad, Bengaluru and Chennai, are equipped with tools and machines such as suspension test benches, wheel aligners and paint booths, and will refurbish used cars which are in relatively good condition, after conducting an assessment.

Once refurbished, these pre-owned cars will be listed on the company’s classifieds portal. While Cars24 had been relying on partner workshops for this job since 2019, when it first forayed into the sale of pre-owned cars, its plans of scaling up over the next five years have made it invest into these MRLs.

“Our investment in MRLs is for the long-term,” says co-founder and chief marketing officer, Gajendra Jangid, in an interview with Autocar Professional. “The idea is to not reinvent the wheel every time as we scale this side of our business over the next five years,” he added.

From being a brick-and-mortar platform, which would buy cars who wanted to trade in the vehicles they owned, regardless of its age or condition, Cars24’s concept has evolved over the years. Its decision to diversify into the sale of used cars in 2019 was based on its ability to leverage its huge supply of used vehicles. “Our backbone is supply, and that is where we started our journey. So, for us, supply is abundant,” Jangid said.

However, things are shaping up a little slowly. At the moment, the utilisation level of these mega refurbishment hubs is to the tune of 30 percent. As Jangid says, “There are several nuts and bolts that we need to realise as this is something that we have never done in the past.”

“The idea is to ensure that the MRLs are fully functional and achieve operational efficiency quickly. It’s a complex business and even from a spare parts perspective, availability and supply are the big challenges that we are trying to solve,” he adds.

While it will focus on reaching maximum scale and utilising the 3,000-cars-per-month capacity of these seven hubs in 2022, there are no expansion plans until next year. “We want to open new MRLs only with a substantial scale, and in 2023, we should see the spread of these hubs in Tier-II towns as well. The cities being targeted include Jaipur, Kolkata and Chandigarh, where the volume of cars is quite high, but still lower than the metros. These centres would have 50 percent of the capacity of the ones we have opened so far, and the capex would also be adjusted accordingly,” Jangid explained.

After witnessing a crunch in supply of used cars during the pandemic, which drove the demand for personal mobility, Jangid said the situation is a lot improved now. “At present, the question of not being able to find a car is more for new cars than the pre-owned market. There’s plenty of supply now and we don’t think it being a big challenge at the moment,” he said.

With ambitions of an initial public offering (IPO) in the next two- to three-years, Cars24 is also consolidating its operations. The company which had also forayed into the used-two-wheeler business under the new vertical – Bikes24 – in December 2020, with a pilot in New Delhi, has paused the operations momentarily. “We have consciously taken this decision as with relatively lower (15-20 percent lesser) average-selling prices, it’s difficult to build margins selling pre-owned two-wheelers, especially when we wanted it to be a healthy business from a unit-economics perspective. However, we will return to it later once we better understand the granularities of the two-wheeler format,” Jangid told Autocar Professional.