M&M is offering the first 25,000 buyers the chance to get the SUV at introductory prices. 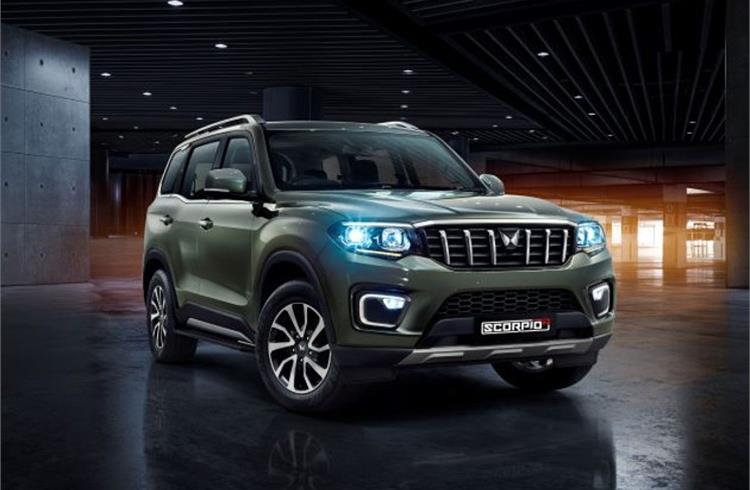 For dealers of Mahindra & Mahindra, tomorrow will be a busy day. According to sources, more than around 2 lakh customers have already added Scorpio N, launched on 27 June, to the booking cart, much like you do when shopping online.

Dealers are apprehensively stating that “hopefully the site doesn't crash" when bookings open tomorrow at https://booking.mahindra.com/.

Customers have made a token down payment of Rs 21,000 to have a chance to be among the first 25,000 to buy the SUV at the introductory price. Those who succeed will get deliveries of their vehicles starting from 26th September onwards. M&M has already said that  20,000 units will be up for grabs till December. The top model Z8L to get the highest preference within the different powertrain options.

With Rs 1,600 crore invested by M&M and its suppliers for Scorpio-N what needs to be seen, is how the model fares against the meteoric rise made by  XUV700 that is currently saddled with one lakh pending bookings, a waiting period of close to 2 years, and still company saying it receives about 9,000-10,000 bookings a month, according to Executive Director, Farm & Auto, Rajesh Jejurikar.

Designed at Pininfarina, Italy and Mahindra India Design Studio (MIDS), Mumbai and engineered by the teams at Mahindra Research Valley (MRV) near Chennai and Mahindra North American Technical Center (MNATC) in USA, the new Scorpio will roll out from M&M’s Chakan facility.

To ensure the Scorpio N helps the company to increase its market prominence, M&M has rolled out an innovative 10-year finance deal at a 6.99 percent interest rate and the highest funding of up to 100 percent of the on-road price. The automaker has given buyers up to 15th August to re-evaluate their variant and choice of colours, post initial booking, as per its ‘Booking Amendment Window’ option.

The C&D category SUVs are known to form close to 16 percent of the total passenger vehicle market in India with the combined SUVs market size pegged at 500,000 units. Analysts are of the view that the Scorpio N will help M&M to further push its market share by 200+ basis points.

Manoj Bhatt, the CFO at M&M, had said that "considering the strong demand, the automaker is planning to increase capacity in XUV 700 and other models."

The view on the street is that Scorpio N will add 10-15 percent to M&M's SUV volume and 5,000-6,000 units in absolute volume per month to the average volume of about 26,000 units. “ The Scorpio-N will boost M&M's full-year volume by 30 percent from the previous year to cross three lakh units," analysts have indicated.

M&M sold 38,696 units of Scorpio Classic in the previous fiscal year of which more than 70 percent were rural sales. The Scorpio Classic will continue to be made at its Nashik plant. The M&M stock that was also up by 1.17 percent on Friday has also factored in the recent announcement including British International Investment’s 's plan to invest over $1 billion in electric vehicles. Incidentally, M&M will unveil its Born Electric offerings in the UK in mid-August.