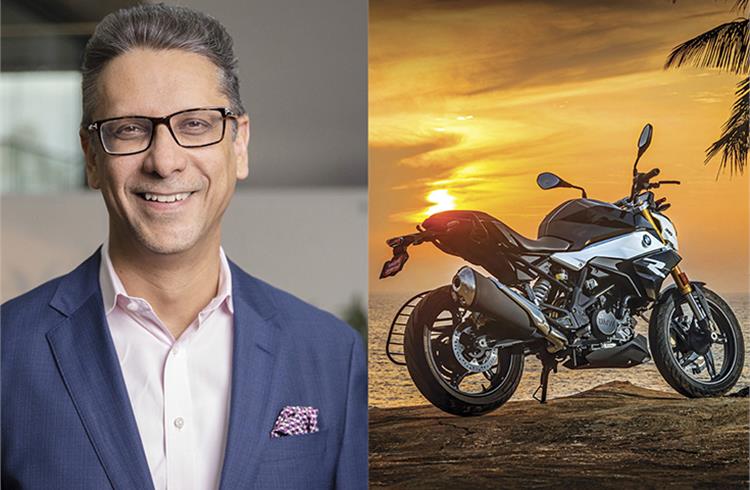 However, "there is a cultural change happening in society after the pandemic. People no longer want to work 5 days a week. What's more, they even want to take a sabbatical to follow their passion, which could be biking, " he pointed out. On key factor contributing to this could be, “age doesn't matter for biking. it's more of a mindset. Now, even women are biking in India. Now, biking is about enjoying a ride and that category is growing very fast," Pawah added.

Highlighting this steady change Pawah outlined how "In 4 years starting with sale of a couple of hundred bikes, we have already crossed 3,600 bikes this year. We are probably the biggest premium bike supplier right now in India." Last year BMW Motorrad's sales were 2563 units, it's best yet.

But could rising fuel prices be a spanner in the works for this segment of two-wheelers? Though total cost of ownership in addition to operating costs of a luxury two-wheeler does matter to the customers, its impact, if any, is likely to be minimal and for a short time claims Vikram Pawah. “If fuel costs continue to rise dramatically, maybe it will deter you from going biking but not for long” said Pawah.

BMW Motorrad India which set up operations in 2017 currently has about 26 touch points and it is expanding even in the country's hinterlands where the company senses a lot of demand. Initially it started with sports bikes on the track, then leisure or touring, then crossovers, and now off-road bikes are becoming hugely popular. The company currently caters to 15 models in India.

Increasingly BMW's strategy in India has been to get into entry levels such as G310 . “These riders then upgrade. India is one of the fastest growing markets for BMW Motorrad." Pawah adds. The G 310 R and G 310 GS have been developed in Munich, Germany by BMW Motorrad and are locally produced by cooperation partner TVS Motor Company in Hosur, India. These two bikes are among the German manufacturer’s most affordable models, and the entry point to its two-wheeler world. Further, with demand for gearless scooters growing in the premium segment, BMW recently even launched C 400 GT midsize scooter. In Pawah’s own words, “Initially it (BMW) started with sports bikes on the track, then leisure or touring, then crossovers, and now off-road bikes are becoming hugely popular. We cater to almost every segment with 15 models in India."

Hopeful about the opportunities in this now growing segment, Pawah highlighted how “India is a biking country and the first product we start riding is a motorcycle or a scooter. We always aspire to own a bigger bike. It's part of our character and creates opportunities as we grow up."