Our annual special on the region is an exciting mix of news stories, features and interviews. The 100-page issue packs a mean punch with coverage of over 25 companies. 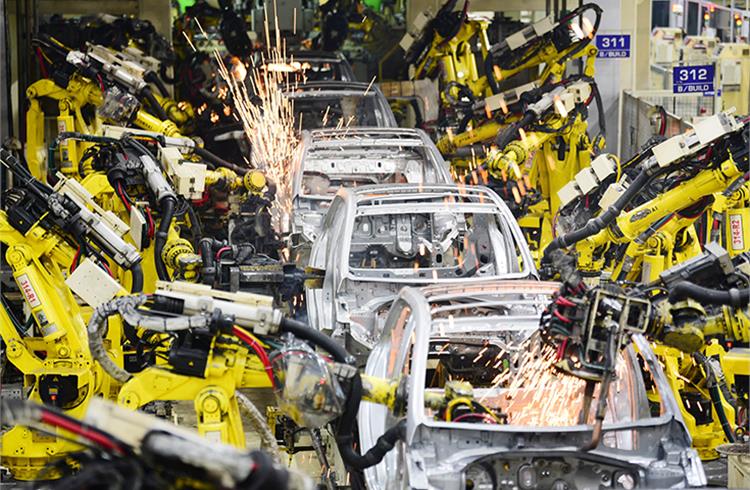 South India will always be an extra special region in the evolution story of the Indian automotive industry.  After India's economic liberalisation when global industry players included India in their business strategies, many of them chose South India to be their region of choice. Today South India, which encompasses Tamil Nadu, Karnataka, Kerala, Andhra Pradesh and now Telangana, is a thriving hub of vehicle and component manufacturing. Be it cars, two-wheelers, commercial vehicles or the automotive component supply chain that caters to their manufacturers, South India has it all.

While the entire Indian automotive industry is on the rise as a result of strong efforts and aided by the growing economy, the industry in the South has a reputation of being very strongly process driven. Perhaps that explains the Deming Prize and Grand Deming winners from local organisations like TVS, Ashok Leyland and the Rane Group. And in the emerging electric mobility space, interesting developments are taking shape in South India. 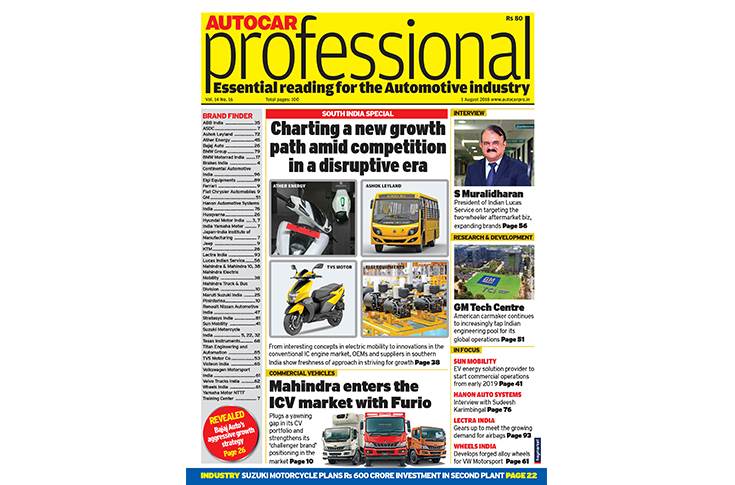 Our annual special on the region is an exciting mix of news stories, features and interviews. The 100-page issue packs a mean punch with coverage of over 25 companies. Here’s a glimpse into some of the contents of this exciting edition:

- We reveal Ashok Leyland’s plans to dominate the bus market in India.

- Lucas Indian Service is hugely bullish on the two-wheeler aftermarket. Find out why.

- Mahindra & Mahindra is drawing up bigger plans for play in the electric mobility space. We speak to Mahindra Electric Mobility’s CEO Mahesh Babu.

- Tune in to Chetan Maini, co-founder and chairman of Sun Mobility, who believes the company will be a game-changer in the e-mobility era.

- Do you know GM, which has ceased sales in India, is driving a new growth paradigm with its Tech Centre in Bangalore? Or how this facility is facilitating the carmaker’s global product development?

In an exclusive interview, Sudeesh Karimbingal, Director, Global Commercial – South Asia, Hanon Automotive Systems India, speaks on expanding capacity at the Chennai plant, targeting export of 1.2m compressors by 2020, the challenge of shrinking space for HVAC in the engine compartment and BS VI as a growth driver.

Semiconductor design and manufacturing company Texas Instruments’ Karl-Heinz Steinmetz and Ravneet Kotwal speak on the demand coming TI’s way as a result of ADAS, connectivity and electrification and the fast-increasing electronics content in vehicles.

Tier 1 supplier Visteon is building Level 3 and 4 automation for autonomous driving; its India technical centres in India are big contributors to this enterprise.

Demand for airbags is set to speedily grow in the Indian passenger vehicle market. Lectra, a leading global supplier, is one company which is gearing up to make the most of this demand. Tune in to this detailed report.

Meanwhile, Coimbatore-based Elgi Equipments, which manufactures air compressors used in the automotive and other industries, has revealed ambitious plants to become a global leader

While all these companies are based in the southern part of the country, we’ve also got the latest news updates on the industry from what was a very newsy fortnight in terms of vehicle launches.

Mahindra Truck and Bus launched its Furio range of intermediate commercial vehicles. Our comprehensive feature, along with an interview with CEO Vinod Sahay, delivers the complete picture of a company that has now become a full CV player and is raring to take on the competition.

On July 18, BMW Motorrad India launched its much-awaited 310 twins – the G310R and G310GS. In an exclusive interview, Dimitris Raptis, Head of Region Asia, China, Pacific and South Africa, BMW Motorrad, speaks on the tie-up with TVS Motor Co, the importance of the made-in-India 310s for the company’s 2020 sales target and India’s growing midsize motorcycle market.

A day later and early in the morning, Autocar Professional broke the news about Suzuki Motorcycle earmarking Rs 600 crore for its second plant in India even as it launched the premium Burgman Street scooter. Our detailed analysis of the company’s growth strategy is a must-read.

Bajaj Auto, which has bounced back strongly in Q1 FY2019, is raring to go and how. Find out how an aggressive growth strategy is designed to take this company into new terrain and also increased market share.

All this plus plenty of news in the first issue of the month. Don’t miss reading it.