‘Innoline’, which combines the efficiency and performance of iEGR technology with simplicity of the inline pump, offers easier maintenance and lower operational costs on H-series engines. 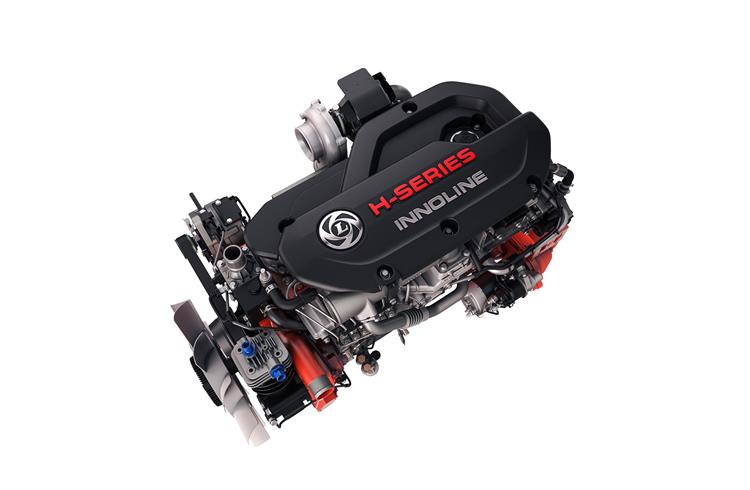 Ashok Leyland has unveiled the Innoline, its latest innovation for commercial vehicles. The company says that after the success of the first mechanical pump for BS III engines in India, and the good market response to its iEGR (Intelligent Exhaust Gas Recirculation) technology, it has combined both these indigenous innovations to introduce the inline pump for BS IV engines for the first time in India.

Innoline combines the efficiency and performance of the iEGR technology with the simplicity of the renowned ‘Sada’ or ‘oinline’ pump. Ashok Leyland claims it is the only OEM in the world to achieve this innovative feat, which would bring immense benefits to its customers. Importantly, according to the company, this technology can be upgraded and used for BS VI engines as well.

Innoline, as the name suggests, is the innovative inline pump or the upgraded ‘Sada’ pump. This inline pump, well known in the Indian commercial vehicle industry, is preferred by drivers and service mechanics alike. Apart from the benefits of the iEGR technology, like lower cost of operations and no AdBlue (Urea) issues, Innoline makes engine maintenance simpler for mechanics and offers a hassle-free service experience.

Commenting on the development, Vinod K Dasari, managing director, Ashok Leyland, said, “Innovation is making things simpler and less complicated. With the BS III inline fuel pump and iEGR, this is exactly what we did – delivering several benefits to our customers like lower operating cost, lower maintenance and no hassles of AdBlue. iEGR is already a success in the Indian market, with more than 100,000 vehicles sold last year. "

"Now we are making it even simpler by introducing the Innoline technology for our H-series engines. This technology will have an inline pump for our BS IV engine, taking iEGR further and giving our customers an even simpler system, enabling easier maintenance and other cost efficiencies. This technology is also future-ready as this can also be upgraded to BS VI emission norms. We are proud of our innovation and of the fact that we are the only OEM in the world to have an inline pump for BS IV or Euro4 engines, which is also certified by the ARAI. This is yet another example of delivering on our brand promise of ‘Aapki Jeet, Hamari Jeet’ – not only our customers but also the mechanics and drivers in the ecosystem will benefit from this simple, yet effective Indian innovation,” concluded Dasari.