Apollo Tyres will expand to areas where it does not have presence, and explore new business opportunities from OEMs and aftermarket. 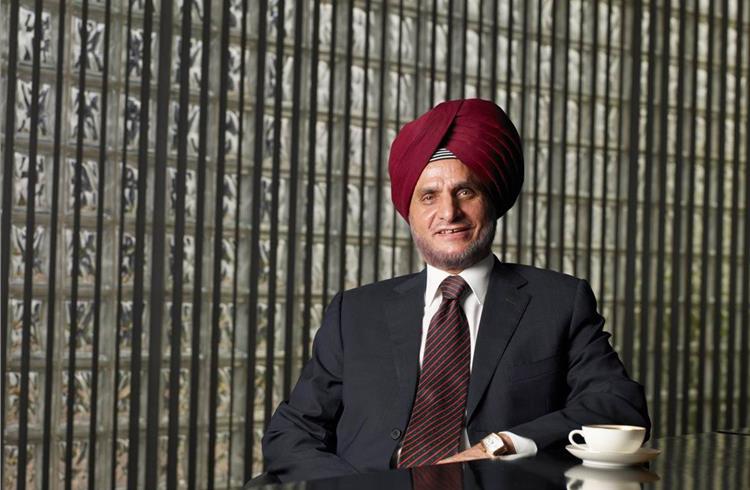 Apollo Tyres' chairman Onkar S Kanwar is bullish on increasing the company's business not just domestically but also globally. Addressing the company's 46th AGM, Kanwar said that Apollo Tyres has been working with "a single-minded focus to realise our Vision 2020 of becoming a premier tyre company with a diversified and multinational presence.'

He said.  "India lies on the cusp of great opportunity. A strong government is in place with a renewed mandate and a commitment to keep India at the top of the global economic order. The environment around us is not easy, with trade wars, protectionism and uncertainty around the world. But India has the potential, the ability and the leadership to break free of these shackles and lead global economic growth."

The tyre maker says that to achieve its vision the company continues to focus on its key objectives of building leadership in India, premiumisation in Europe, and exploring strategically attractive markets where the company "is not currently represented".

Addressing the shareholders, Kanwar said the company has undertaken "multiple initiatives over the past few years to create a strong brand in India and setting the foundations of strong Vredestein and Apollo brands in Europe."

Apollo Tyres says that at present it has a market share of 30 percent in the OE segment in India in the small- and midsized car tyre segment. Kanwar said, "You will see the company's tyres OE fitted in eight of the top 10 cars being sold in India."

Despite automotive retails seeing a slowdown globally, Kanwar said, "The team (Apollo Tyres) continues to be bullish about the growth prospects. The company has invested close to Rs 4,000 crore in a new Greenfield facility in Hungary and has also earmarked Rs 3,800 crore for a greenfield project in Andhra Pradesh. We also committed to upgrading our existing manufacturing plant in Chennai, expanding truck tyre radial production to 12,000 units a day from earlier 6,000 units."

Kanwar said while the company is achieving leadership position in multiple segments in India, "We are confident of gaining traction in Europe in the coming years as we start catering to the OEMs from the Hungary plant."

He claimed that Apollo Tyres is the only Indian company which supplies to various OEMs in Europe like Volkswagen, Ford and Audi. "The strategy of replicating our success with OEMs in India will go hand in hand with increasing our market share in the replacement markets," concluded Kanwar.

For the quarter the company reported a net profit of Rs 142 crore (-43%), compared to Rs 251 crore reported for the same period last year. The net sales remained positive aided by growth in the replacement segment, both in commercial vehicle and passenger vehicle segment in India. The country despite witnessing headwinds from slowdown in auto retail managed to stay positive. On the other hand, the company has been investing heavily in its European operations, which seems to be one of the factors that affected the profitability of the company.

Commenting on the first quarter results, Onkar S Kanwar, chairman, Apollo Tyres said, “Our teams have lived to the true unstoppable spirit in the past quarter, and have bucked the trend in the automotive sector by posting positive sales numbers, despite the headwinds, especially in the Indian market. While the demand from the auto makers remained subdued, there was growth in the replacement market segment. Moving ahead, I am hopeful of the markets recovering and the sales bouncing back around the festive season in India. In Europe, we are performing better than the industry, which is likely to continue going forward as well.”