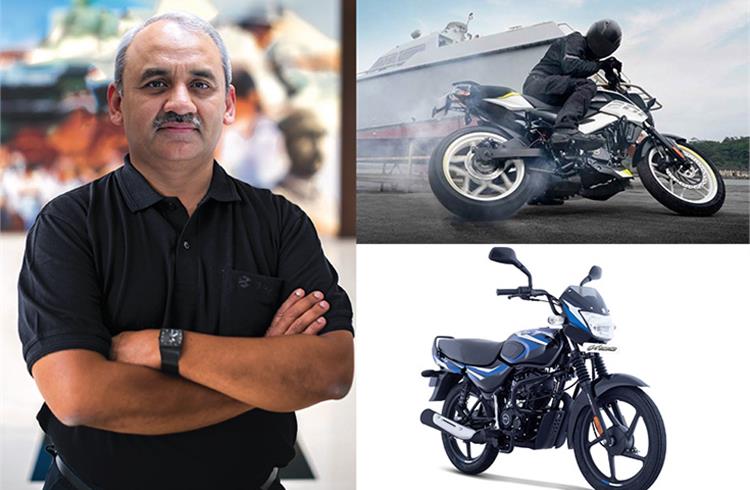 With daily Covid infections on the wane and the buoyancy back in two-wheeler sales in India, there is every reason to believe that the worst is over.

Yet, from Rakesh Sharma’s point of view, the issue that needs greater introspection is the “big question mark hanging over demand”. According to the Executive Director of Bajaj Auto, the catastrophic fallout of the second wave needs to be examined in greater detail.

It is unlike last year when companies were “positively surprised by the alacrity with which demand had returned and the rebound was swift and firm”. Last year’s astonishing revival “took us off guard in end-June and July” with the supply chain responding in equal measure to the huge demand.

“Whether it was pent up or a tilt towards personal mobility or the rural economy returning stronger . . . a combination of these factors along with people keen to get on with their lives fuelled demand,” adds Sharma.

This time around, however, he believes that it is important to “carefully observe the consequence of the second wave being far more significant in its impact”. As a result, there is “definitely a dichotomy” developing in the economy.

Premium power unscathed, commuters badly impacted
While Sharma makes it quite clear that he is not an economist, he puts forth his model of a premium economy “where all of us live” and a large mass economy where “a company like ours sells most of its products”. These typically include the entry level commuter motorcycle which is the best bet for the self-employed and the lower income group /lower middle class.

Members of the premium economy have come through this pandemic financially secure and unscathed though many would have had their own share of health setbacks and even bereavements. Members of the mass economy, on the other hand, have been financially hit more severely with contracting incomes, job losses and their “savings battered by the medical burden” imposed on them by the second wave.

They have also gone through the added agony of losing the breadwinners in the family and borrowing money for medical treatment. With talks of a third wave now doing the rounds, it only means that people in this group would be seeking more protection for the elderly and young.

“Disposable incomes have reduced and people are more cautious which means that they will think twice about discretionary spending,” says Sharma. It remains to be seen if this “contraction and caution” in the mass economy will “gobble up” the premium economy. Alternatively, it is also a moot point if the premium economy that is running away will pull the mass economy along with it and push it forward.

Wait-and-watch strategy
“The story will unfold in a few months and we need to wait and see,” says the Bajaj Auto ED. Yet, he also chooses to look at the brighter side of things instead of solely focusing on a doomsday scenario. “What we need to constantly remember is the tenacity and resilience of the human spirit. We cannot discount that and the impact of this spirit was seen in last year’s comeback,” he says.

By the end of the day, this is a young economy with demographics on its side. The moment there is a feeling of safety, people will want to get on with their lives. “We cannot discount that impact and fortunately the vaccination programme is also underway,” continues Sharma.

The advancement of this drive is “absolutely vital to create both a physical and psychological impact” on people and this will play a big role in powering demand. It is not as if everything will be back to normal as soon as the second wave begins to weaken, especially when a third is likely to follow suit soon.

“It would be naive to assume that there will be a big bounce-back overnight but all is not lost either thanks to vaccines. While one needs to factor in negatives for sure, there are some emerging positives also,” says Sharma. To that extent, it is extremely difficult to do “any crystal ball gazing” but important to “keep our eyes and ears close to the ground”.

The good news is that people better understand Covid and what one needs to do to stay safe. Greater awareness has also resulted in more dialogue which in turn has kept the “wheels of the supply chain” moving. To sum up, when compared to 2020, the script is completely different with the supply chain coming out with “flying colours”.

As Sharma says, it marks a triumph of resilience, tenacity and collaboration . . . the preparedness of the supply chain is “much better and should be able to cope with increasing demand” when it is hopefully back by the end of the third quarter.

As Sharma explains, most of these vehicles are financed and their owners need to pay EMIs. This is difficult without daily earnings and replacement of existing vehicles therefore becomes impossible. “It is a very important business for us and its revival is clearly linked to resumption of traffic on the roads,” he says.