After Maruti, Renault India could exit diesel segment; may invest in shared mobility

In-line with the global trend of markets moving away from diesel, Renault will increasingly focus on petrol and electrified solutions. 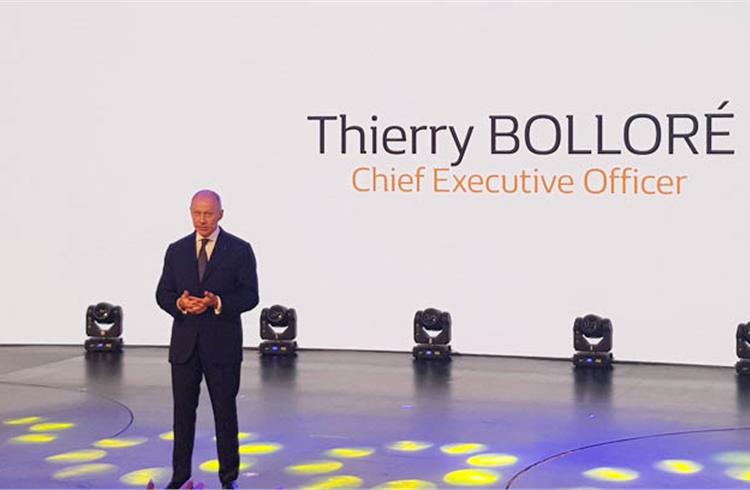 After Japanese major Suzuki's announcement to put a hard stop on diesel engines on all its models on sale in India under Maruti Suzuki, French carmaker Groupe Renault is looking at a similar strategy globally and India could be just one of the markets to fall under that.

Speaking to journalists after the global unveil of the Renault Triber in New Delhi, Groupe Renault CEO, Thierry Bollore told media that the Triber being petrol-only is an "indication of the company's future powertrain approach for the Indian market."

Bollore said that diesel is naturally decreasing in terms of proportions of Renault's sales globally and while there has been a massive drop in diesel demand after 2015, the current trend is of regulatory approach that countries are following worldwide.

"All the regulations are designed to push the car industry forward with respect to EVs and let's see what happens in the Indian market. As a consequence to the dieselgate, we have already limited the production of diesel in Europe," Bolloré said.

"We have invested and pushed very hard to make our diesel lines to produce gasoline," he added.

On hybrids and FCEVs
"We are going towards massive electrification of our cars, not only BEVs, but also hybrids. Plug-in hybrids and conventional hybrids are going to play a crucial role in compensating for the range that is still a challenge with full electrics," said Bollore.

"While we are already selling FCEVs in Europe that run on hydrogen, but the big problem right now is of hydrogen fuel stations."

Today, fuel cell technology is quite difficult for passenger cars because of the costs and secondly, hydrogen is being produced through gas and that in itself isn't a clean way but is set to improve in the future.

"But, batteries too are making tremendous progress and it would be highly difficult for FCEVs to match the value proposition offered by BEVs," said Bollore.

"On the other hand, the application of mini fuel-cells as range extenders will bring the best balance of cost and range for customers. EVs and FCEVs are just not on the same horizon," he added.

On entering shared mobility space in India
With shared mobility seeing greater attention from passenger vehicle OEMs in India with the recent examples being partnerships between Mahindra-Ola, Hyundai-Revv and Ford-Zoomcar, Renault believes it could also be party to the new trends of a shared mobility ecosystem.

"We have a worldwide team taking care of new mobility solutions and also alliances in terms of platforms and we are piloting autonomous-driven Zoe cars. From all this experimentation, we have come to a global business plan and we will put shared services in Paris and we have ten global cities already targeted," said Bollore.

"Our business models cater to the needs of these cities and alongside, we are able to make money. Now, as we know what the model is, we can tweak that model with local adaptations. So, there could be possibilities of having such a shared scenario in India as well," he concluded.