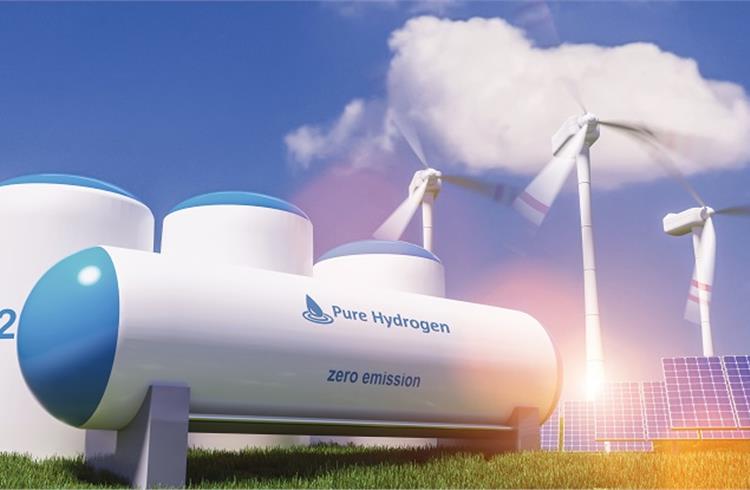 The JV 51:49 JV will see Advik holding the majority share, while the remaining stake will be held by Pure Hydrogen. The new entity aims to sell, transport, and distribute hydrogen across India. The company will also be in a position to supply HFCEV buses and trucks, which could put India at the forefront of hydrogen production, sale, and distribution globally.

This is the second JV that Advik has established in hydrogen fuel tech. It was in early January, that Advik had signed a JV with Australia's H2X Global to manufacture products and components for hydrogen vehicles and powered products for the Indian and global market.

The component maker says with both the JVs it will be at the forefront to take a leading position in India for the development and production of a ecosystem from hydrogen fuel to hydrogen powered generator units and hydrogen powered vehicles.

The new partnership aims to support the heavy vehicle market in India by providing green hydrogen fuel and hydrogen fuel cell vehicles (HFCEVs) to help reduce emissions and costs. It also plans to tender for government contracts involving bus supply and hydrogen refueling. There is also the opportunity for the PowerH2 generators to be an alternative to diesel-powered generators.

Aditya Bhartia, MD, Advik said, “Advik is delighted to partner with Pure Hydrogen for developing the hydrogen eco-system in India. It is encouraging to see Pure Hydrogen set up multiple projects in Australia to manufacture and transport hydrogen. The Indian government is focusing on hydrogen as a fuel and intends to be a major production and export hub. In addition to the green hydrogen, this JV will utilise technologies like turquoise hydrogen - produced by methane pyrolysis and emerald hydrogen - produced from waste. With this collaboration, we aim to be an end-to-end solution provider for the hydrogen ecosystem, from hydrogen generation to hydrogen-powered mobility and stationary solutions”.

Scott Brown, MD, Pure Hydrogen said: “We are excited to be partnering with Advik in India and with Pure Hydrogen expertise in hydrogen ecosystem, will give the JV a major strategic advantage in India and a big head start to become a leading player here. India is obviously a massive market and it makes good commercial sense to build a presence in India with an established and respected local company. We believe India would be a world leader in hydrogen economy in the future and this JV is a strategic fit to our global business plan."