Firm will add electric versions of existing range, rather than new EV-only models; next generation XC90 will gain gain EV Swedish company will then follow with an electric XC90. 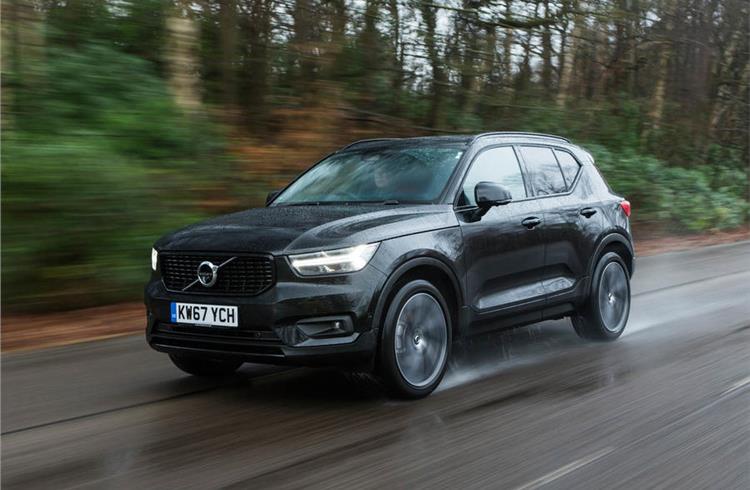 Volvo design chief Thomas Ingenlath has confirmed that the brand’s first fully electric car will be a version of the XC40, with the next generation XC90 also gaining an EV version

Speaking at the reveal of the new S60 sports saloon, Ingenlath said that it would come after the firm’s electric sub-brand Polestar launches its second car, the 2 that's due in 2019, and would be followed by an electric version of the XC90, which is due to go into production at Volvo's new factory in Charleston, South Carolina in 2021.

Ingenlath said the firm would only produce electric versions of current cars, rather than producing entirely new electric-only machines, such as Volkswagen is doing with its ID line-up.

“It’s not a secret any more that the first full electric Volvo is on its way with the XC40 coming," said Ingenlath. "It will arrive very soon after the Polestar 2. That is the first to come that’s not exotic. We’ll start with XC40 and then on it will come step after step into our model range. The next car will be the next generation XC90.”

"That will be the master plan of how electrification will come to the Volvo product range. We will not establish products beside our hybrids, we will introduce electrification as a powertrain variant within the existing portfolio.

“You could say that is different to a lot of the mass production brands. But I have a hard time to understand how their plan will work in the long run. Electrification is the future of the automotive industry, so how do you handle that as soon as you come to the majority of electric cars, how do you handle it in your portfolio. I think it’s much more natural to say it’s a powertrain variant, that over time will take up the majority of the sold vehicles."

Both all-electric Volvos are due with lithium-ion battery power, like their sibling from sister brand Polestar. The XC40 EV will join the XC40 plug-in hybrid in the range to give that car two electrified variants.

Volvo has set itself a target for 50% of its sales volume to be for fully electric cars by 2025.

While Volvo will focus on electric versions of its current line-up, Ingenlath said that the Polestar sub-brand - which he also heads - could be used to develop bolder EV-only cars.

"We definitely don’t want to bring something that we’ve so successfully just launched like an XC40 to an end just because combustion engines will disappear," he said. "To look at new formats, new body styles and non-traditional elements, we founded Polestar to take care of that end of the scope. We developed that strategy: full electrification of the Volvo range, making it a natural part of the offer, and at the same time developing new, unconventional elements in the Polestar brand."

The Swedish car maker, which is owned by Chinese giant Geely, has pledged to launch an electrified version of every model in its line-up from 2019. Every Volvo will eventually be offered with a mild hybrid, hybrid or battery-electric powertrain option, and the firm won't launch any diesel variants of forthcoming models.

The new S60, revealed today, illustrates the philosophy, as it comes with two plug-in hybrid variants, the T8 Twin Engine, which produces a combined 385bhp, and a Polestar Engineered performance version of the same model. The latter has been developed by Volvo’s new performance sub-brand and produces a combined power output of 409bhp.

'We expect the XC40 to bring in customers who will be new to luxury and to SUVs': Charles Frump, managing director, Volvo Cars India