Takes its total investment in its Swedish battery partner to 1,400 million euros; funds are to be used for capacity expansion in production, recycling and R&D 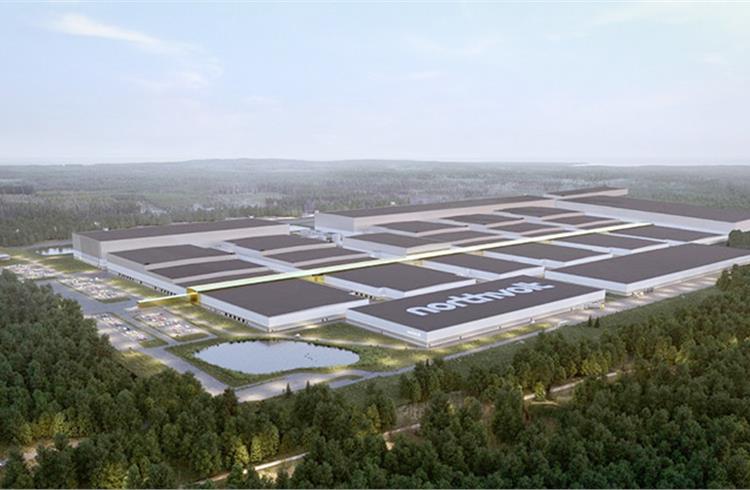 Volkswagen is participating, with a contribution of 500 million euros (Rs 4,133 crore), in a financing round of its Swedish battery partner Northvolt with a total volume of US$2.75 billion. The Group will thus maintain its stake in the company constant at about 20 percent.

The funds are to be used for capacity expansion in the fields of production, recycling and research and development. Among other activities, Northvolt intends to expand the capacity of its Northvolt Ett gigafactory in Skelleftea, Northern Sweden from 40 GWh to 60 GWh per year, in order to meet higher demand from customers.

According to Arno Antlitz, Group Board Member for Finance and IT, “With this investment, we are strengthening our strategic partnership with Northvolt as a supplier of sustainable battery cells which are produced using renewable energy and are comprehensively recyclable.”

Thomas Schmall, Group Board Member for Technology and CEO of Volkswagen Group Components, commented: “Batteries are one of the key success factors in our unprecedented electric offensive. In the major area of green battery cells, we are assuming a pioneering role in Germany and Europe together.”

Volkswagen had already invested about 900 million euros (Rs 7,440 crore) in Northvolt in June 2019, acquiring about 20 percent of the shares in the company as well as a seat on the Board of Directors. The production of Volkswagen premium cells is to be concentrated at Skelleftea in cooperation with Northvolt. Production of these cells is due to start in 2023 and the annual capacity intended for Volkswagen is to be built up step-by-step to as much as 40 GWh.

The second Volkswagen gigafactory is located in Salzgitter and will produce the standard cell for the volume segment from 2025. It is also expected to reach an annual production volume of up to 40 GWh. Both gigafactories are to be operated using electric power from renewable energy sources.

All in all, Volkswagen expects to commission six cell factories in Europe by 2030 together with its partners with a view to safeguarding the ramp-up of electric vehicle production. After Skelleftea and Salzgitter, possible locations and partners for the next cell factories are already being considered.