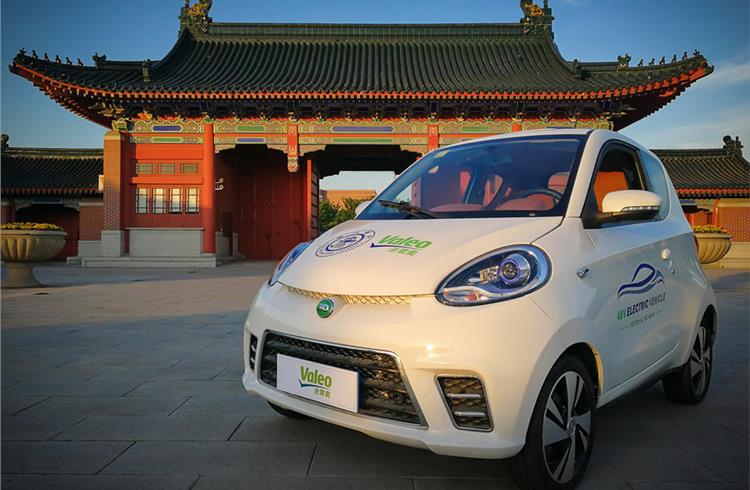 French automotive parts firm Valeo has unveiled a low-voltage electric city car concept that it believes could be sold for as little as £6600 (Rs 650,000).

The two-seater, developed with Shanghai Jiao Tong University, is loosely based on a Chinese-built Zhidou city car, with all internal components bar the battery produced by Valeo.

The machine is powered by a low-voltage 48V motor, making it around 20 per cent more economical than the high-voltage motors of around 400V currently used in electric cars. Because the 48V motor doesn’t require all the safety systems of a high-voltage system, it is also cheaper to produce.

It has been designed to offer a 100km range, with a top speed of 100kph, which Valeo says meets the need of 80 percent of city-based commutes.

The concept, which is being demonstrated at the Consumer Electronics Show in Las Vegas, is designed for the fast-growing market for small, low-speed city cars for use in cities.

Valeo CEO Jacques Aschenbroich said: “There is already a big market for low-speed vehicles in China, where more than a million such cars are on the road, and these cars are growing in popularity in Europe. This is a market that could explode around the world.”

Despite producing the concept, Valeo has no intention of becoming a car manufacturer – it is designed to showcase technology to sell to car firms. Aschenbroich added: “Producing cars is not our business. I don’t think we’d be able to do it, and we don’t want to do it.”

Valeo currently develops a range of autonomous, connected and eletric systems, including the SCALA LiDar laser scanner system, used as part of autonomous systems on the new Audi A8.