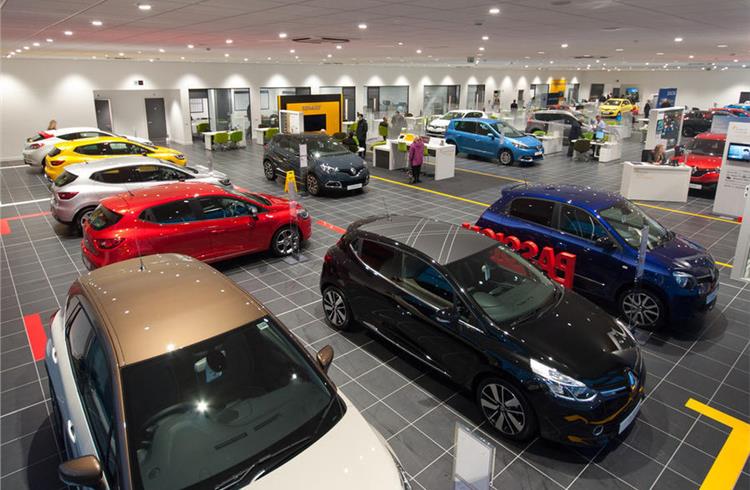 UK car registrations fell almost 7 percent year-on-year to 2.37m units in 2018, with a near 30 percent drop in diesel registrations accounting for the most marked decline in the market.

Despite the drop - down from a 21st-century peak of 2.69 million in 2016 - the number of registrations is still in line with the UK’s 10-year sales average, and maintains the UK’s position as the second largest new car market in Europe, behind Germany.

Society of Motor Manufacturers and Traders (SMMT) boss Mike Hawes also highlighted other factors that impacted the UK car market, including falling consumer confidence in big ticket purchases as a result of economic uncertainty, issues arising from the Brexit negotiations and the supply shortage in the wake of WLTP economy certification, which lowered some manufacturers’ registrations by almost 50 percent in September.

“The belief is that consistent messaging and ongoing demonstration of the benefits of the latest diesels could unlock some of the market,” said Hawes. “The evidence is clear: some diesel owners are holding on to their cars rather than replacing them, and if we can bring the facts home to them, then we would hope they will replace them with confidence.”

Large fleet purchases accounted for the greatest drop in registrations, falling 7.1 percent, followed by private retail purchases, down 6.4 percent and business purchases, down 5.6 percent. The most robust sector was the light commercial market, which fell just 1.3 percent.

The average CO2 output of a car sold in 2018 rose 2.9g/km compared to 2017’s figure, to 124.5g/km. This figure was also impacted by the rise in sales of less efficient vehicles, notably SUVs, and the shift to WLTP measurement techniques, which added around 5 percent to a car’s official CO2 output.

Under EU law car manufacturers must hit a 95g/km fleet average by 2021, based on European sales, or face fines of 95 euros per gram per kilometre per car.

While UK sales are unlikely to count towards the EU averages post-Brexit, the British government has already indicated that it will either mirror the EU rules or impose tougher targets in the event of Brexit being completed by that date.

UK electric uptake lags behind Europe
That situation is further complicated by the lower rate of uptake of plug-in hybrid and electric vehicles in the UK compared to other leading European nations. Despite the sharp rise in demand in 2018, total registrations for both accounted for 2.5 percent of the total market, with pure electric vehicles accounting for 0.7 percent of the total - around half the EU average.

Last October the government announced it was dropping grants for plug-in hybrid purchases and reduced the allowance for electric cars and registrations have subsequently dropped dramatically, although the availability of plug-in hybrid vehicles has been severely impacted since WLTP was introduced in September.

Hawes pointed to inconsistent messaging being at the root of a perfect storm of issues causing consumer confusion: “The best way to introduce newer technologies - be they lower emission ones, or ones relating to autonomy and safety and other steps forward - is to get people into newer vehicles.

“I say that in full acceptance that the car industry has a vested interest, but we need to get some clear direction. The government has now acknowledged that the latest diesels on sale today are the right choice for many motorists, and said they won’t be banned from city centres because they are clean enough - yet they are still penalised by a VED tax band. The government has laid out a glide path to zero emissions sales only, yet it has removed or reduced the incentive that was driving people towards those vehicles.

“Car buyers are quite reasonably confused and we all have a job to do in order to present a consistent, fact-based argument to persuade people of the right vehicles to buy for their needs.

2019 registrations set to fall again in the UK
The SMMT is predicting a further 2 percent fall in registrations in 2019, although Hawes cautioned that the figure was based on “known issues” and that it could swing dramatically.

However, he added that the retail market would eventually recover from any shocks, saying: “The market may fall, and this could be a very tough year, but the outlook is that it would eventually normalise; the rise in leasing should help insulate against a dramatic fall such as we saw in 2007 and 2008 with the last recession.”

Hawes also reiterated the SMMT’s belief that a no-deal Brexit would deliver a hammer blow to the UK manufacturing industry: “Frictionless trade is what this industry relies on; we have 1100 trucks a day going straight to the manufacturing lines, and warehousing isn’t a long-term option. Tariffs would depress the market. It would certainly have an impact on the industry, including jobs. No deal would be catastrophic.”