To invest $ 14 billion (Rs 103,500 crore) in development and supply of batteries; targets 30% battery cost reduction & 50% in BEVs through integrated development of vehicles and batteries. 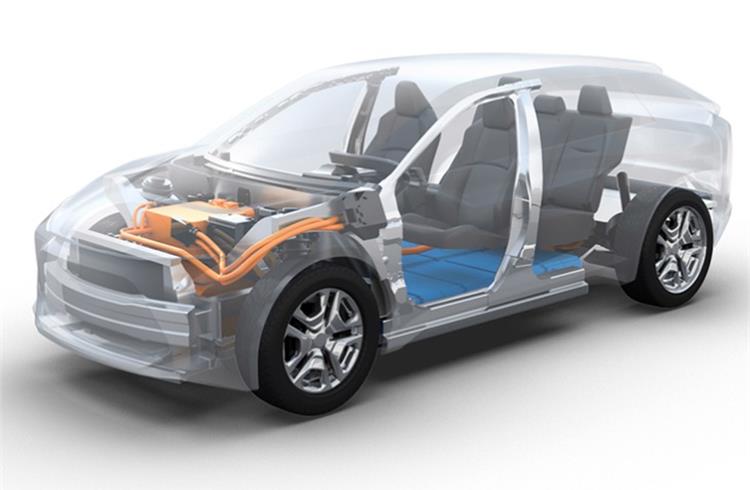 Toyota is to invest $ 14 billion (Rs 103,500 crore) in development and supply of batteries. It is targeting 30% battery cost reduction & 50% in BEVs through integrated development of vehicles and batteries. 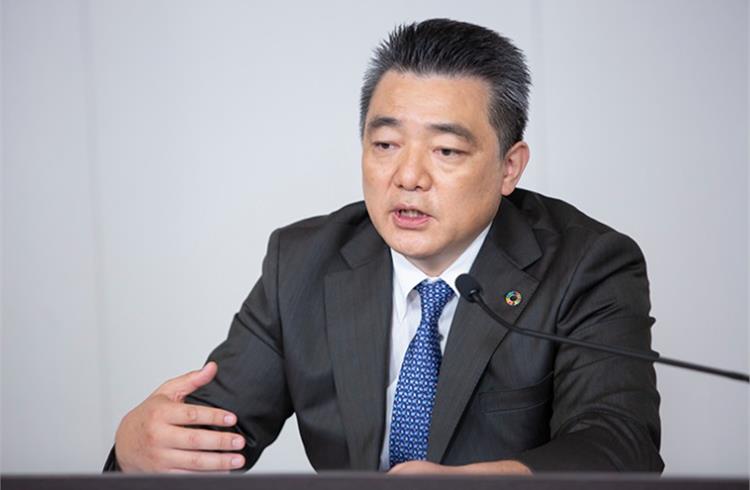 Chief Technology Officer Masahiko Maeda: “Through integrated development of vehicles and batteries, we aim to reduce the battery cost per vehicle by 50% compared to the Toyota bZ4X in the second half of the 2020s.”

Toyota Motor Corp has lifted the lid on its all-encompassing EV battery development and manufacturing plan till 2030. In a presentation by Chief Technology Officer Masahiko Maeda, the Japanese carmaker has detailed its development and supply of batteries towards achieving carbon neutrality.

Maeda said, “There is no time to lose when it comes to reducing, in all aspects, the amount of CO2 emitted by humankind. According to our calculations, the CO2 reduction effect of three HEVs is almost equal to that of one BEV. At the moment, because we can provide HEVs at a comparatively affordable price, in places where the use of renewable energy is to become widespread going forward, electrification using HEVs is among the effective ways of reducing CO2 emissions. On the other hand, Toyota believes that the increased use of zero-emissions vehicles, or ZEVs, such as BEVs, and fuel cell electric vehicles, or FCEVs, is important in regions where renewable energy is abundant.

Three core technologies for full-line-up of EVs
Toyota, which introduced the first-generation Prius in 1997 and subsequently rolled out PHEVs, FCEVs and BEVs, says it will continue to try various measures to expand the options for achieving carbon neutrality and is preparing a full line-up of electrified vehicles.

The carmaker has outlined three core technologies to support this full line-up of electrified vehicles – electric motors, batteries, and power control units. It has developing and manufacturing a full line-up of batteries.

Maeda said: “For HEVs, our focus is on power output, or in other words, instantaneous power, while, when it comes to PHEVs and BEVs, our focus is on capacity or what can be called "endurance". As batteries for HEVs, we have been continuously evolving nickel-metal hydride batteries and lithium-ion batteries by taking advantage of their respective characteristics. Our bipolar nickel-metal hydride battery, which was announced this year and is focused on providing instantaneous power, will be used in an increasing number of vehicles.”

He added, “For lithium-ion batteries for PHEVs and BEVs, we have been striving to improve both cost and endurance, and we will continue to improve them as we move forward. We are developing a further advanced new type of lithium-ion battery for introduction in the second half of the 2020s.

Focus on batteries that offer peace of mind
Toyota says what it values the most is “to develop batteries that its customers can use with peace of mind.” It is focusing on safety, long service life, and high-level quality to produce good, low-cost, and high-performance batteries. The overarching goal is to strike a balance between each of these factors to ensure safe use.

According to Maeda, “To popularise BEVs, we would like to reduce costs and provide BEVs at a reasonable price. To start with, we aim to reduce the costs of batteries themselves by 30 percent or more by developing materials and structures. Then, for the vehicle, we aim to improve power consumption, which is an indicator of the amount of electricity used per kilometre, by 30 percent, starting with the Toyota bZ4X. Improved power efficiency leads to reduced battery capacity, which will result in a cost reduction of 30 percent. Through this integrated development of vehicles and batteries, we aim to reduce the battery cost per vehicle by 50 percent compared to the Toyota bZ4X in the second half of the 2020s.

Commenting on next-generation batteries, the Toyota CTO said: “For liquid batteries, we will take on the challenge of material evolution and structural innovation. We will also aim to commercialize all-solid-state batteries. As stated, we will develop three types of batteries, and by the second half of the 2020s, we hope to improve the characteristics of each type so that we can provide batteries that can be used with peace of mind.”

While it will “establish the needed technologies by conducting a certain amount of in-house production,” Toyota says it “will cooperate and collaborate with partners who understand and will put into practice our concept. We will also proceed with discussions with new partners in some regions. We are building a system with our partners that will allow us to incorporate into discussed plans the volume of batteries that we will need in about three years.”

In fact, Toyota is targeting a path-breaking per-vehicle cost of 50 percent or less compared to now through the integrated development of vehicles and batteries. According to Maeda, “We are assuming that we will go beyond the 180 GWh worth of batteries that we are currently considering and will ready 200 GWh worth of batteries or more if the dissemination of BEVs is faster than expected. The amount of investment in the development of a battery supply system and R&D is expected to be approximately 1.5 trillion yen (US$ 14 billion / Rs 103,500 crore by 2030.”