By Will Rimell, Autocar UK 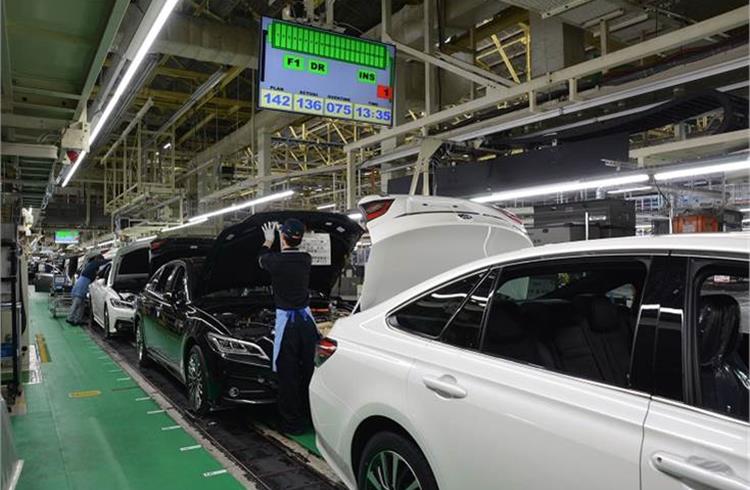 Toyota achieved record profits last year despite being knocked by the Covid pandemic but it has warned of a shortfall in 2023 caused by strong industry headwinds.

Bosses say Toyota's earnings could fall by as much as a fifth next year because an “unprecedented surge” in material costs has hit vehicle production.

However, Toyota predicts a profits loss to 2.4tn yen (£14.9bn) in 2022/23, despite expecting to sell 8.85m vehicles globally this year, up 7.5 percent from 2021. As well as citing the soaring costs of materials and shipping, it also blamed the ongoing semiconductor shortage, the Covid-19 pandemic, and “geopolitical instability” as reasons for this projected shortfall.

"We need to think about how we can respond to material inflation by eliminating the distinction between original equipment manufacturers and suppliers and working together as one," chief financial officer Kenta Kon told reporters, including Reuters.

"Since the price of materials is rising, we need to work to reduce the amount of materials we use as much as possible and to replace them with less expensive materials." President Akio Toyoda also told the meeting that the firm’s “unwavering focus” is to bounce back from this projected hit, by “making even better cars as part of a product-centred approach”.

This was something backed up during the presentation, with the firm confirming it raised prices of its line-up due to an “increased customer appreciation” of the brand, which, it says, has allowed it to improve profits.