The impact of costlier raw materials on new car prices

Car makers are trying hard to absorb the cost to reduce the impact to consumers, particularly as the shift to electric creates its own price inflation 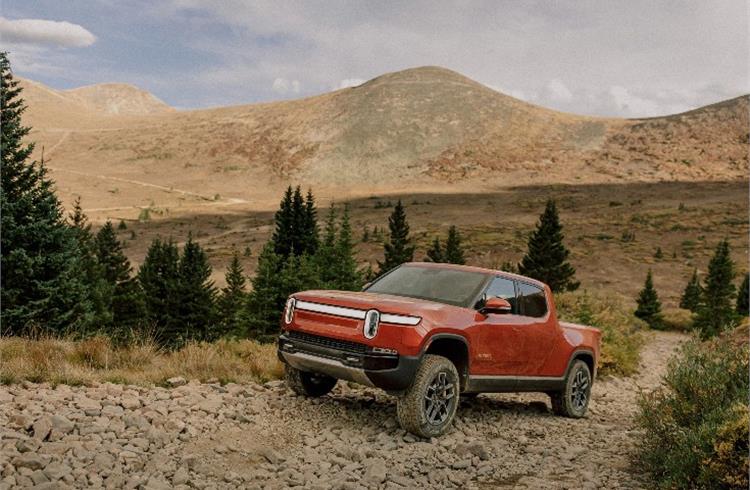 Further price rises for cars are becoming inevitable as the cost of raw materials, already high, shoots up further as a result of Russia's invasion of Ukraine.

The bind car makers currently find themselves in was exposed by US start-up Rivian, which angered customers waiting for delivery of its high-end electric SUVs and pickups by announcing price rises of around $12,000 (about £9150). Rivian backed down and reverted to its original price for those with pre-orders after a barrage of complaints, but stuck to the increase for anyone else. “A lot has changed” since the cars first went on sale, CEO RJ Scaringe said in a letter. “The costs of the components and materials that go into building our vehicles have risen considerably,” he said.

Meanwhile, in France in March, the media seized on price rises made by Dacia, which pushed the price of the base Dacia Sandero over the psychologically important €10,000 euro mark to €10,590. We in the UK had already passed the £10,000 mark, with the Sandero here now costing from £11,245, up from £9845 in November.  Stellantis indicated it, too, is going to be charging more for its cars across its 14 brands. “Yes, we are pricing up to cover the raw materials inflation,” CEO Carlos Tavares told journalists at an event held earlier in March. “If we don’t price up, we put ourselves in the red.”

Even before Russia’s invasion of Ukraine, prices for materials such as steel, aluminium, plastics and others were climbing. Last year, a survey of over 1000 automotive executives conducted by KPMG found that the supply chain was the “area of greatest anxiety”, with almost half “very or extremely concerned” about the recent commodity-price volatility on their business in the next year.

Now Russia’s actions and the West’s sanctions are pushing them up further. “It's a new spike of an existing problem,” the bank Jefferies said in a report. Russia is a key supplier of a whole range of metals such as palladium and platinum - precious metals crucial to catalytic convertors – aluminium, copper and nickel.

Nickel is a huge cost element of the most energy-dense electric car batteries, particularly for the latest NMC 811 chemistries (meaning eight parts nickel, one part manganese and one part cobalt). Such were the fears over nickel supply that prices on the London Metal Exchange surged past $100,000 a tonne on 7 March, up from $29,130 the previous Friday, prompting the LME to halt trading.

Traditional automotive materials are also going up in price. On 7 March, aluminium hit record highs, while Stellantis’s Tavares on 8 March called for the US and Europe to cut tariffs on imported steel, currently around 25%. "We need more competition, or more production,” he said.

Car makers are trying hard to absorb the cost to reduce the impact to consumers, particularly as the shift to electric creates its own price inflation. That’s creating tension with suppliers, who are hurting with their own price rises. Autoliv, a maker of steering wheels, airbags and seatbelts among other parts, said in January it had seen profits fall by 43%, amounting to $60 million (£46m) in the last quarter, purely due to price rises in raw materials, mainly steel but also textiles, plastics and other metals. “We expect to continue to see substantial headwinds from raw materials also in 2022,” Mikael Bratt, Autoliv’s CEO, said on a January call with analysts.

Car makers are searching for cheaper materials. In batteries, for example, others are going down Tesla’s route to use more nickel-free LFP (lithium iron phosphate) batteries. On the electric motor side, companies are looking for alternatives to the permanent magnet motors, which are good on power density but need a lot of expensive rare earth materials such as neodymium, the price of which shot up by more than 200% between 2019 and January 2022, according to analyst firm IDTechX.

It said permanent magnet motors accounted for around 83% of all electric motors in EVs in 2021, but indicated some were switching to other technologies. BMW’s fifth-generation drive system uses a wound motor design with copper windings. “If material prices continue to be volatile, it would not be surprising to see more OEMs and tier ones adopt magnet-free designs in the near future,” IDTechX said in a report.

It's not just raw materials that are costing more. Rising energy prices are jacking up factory bills and shortages of qualified engineers within EV development are also causing inflation. It’s hard to put a figure on European car price increases, which aren’t tracked and have been masked by the reduction in discounts. (It’s easier to see in manufacturers who don’t traditionally discount – for example, Dacia and Tesla.) However, in the US, where pricing tracking is easier, prices have risen by around $12,000-$13,000 (£9150-£9910) in 2021, according to Jefferies. Rivian’s Scaringe said in his apology letter to customers that prices there had gone up by 30 percent since 2018.

Analysts expect current spikes to be temporary as alternative sources to Russian raw materials are found and the market calms from its post-Covid rebound activity, the cause of the initial inflation. The unknowable end game following Russia’s invasion of Ukraine will have an impact on prices, but in the short-term, the safest bet seems that they’ll rise further.