Tesla in talks with German and Dutch authorities for Euro Gigafactory

After Tesla's acquisition of German production tech firm Grohmann Engineering, the car maker is likely to build a European Gigafactory nearby 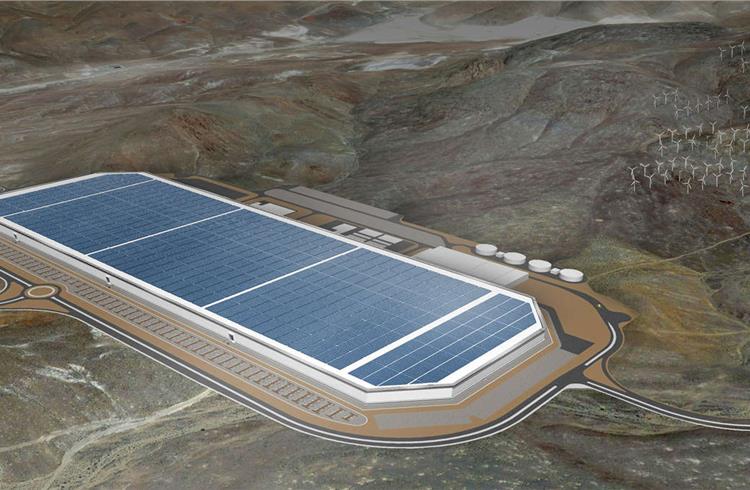 Tesla is moving forward with its plans for a European Gigafactory and has entered talks with Dutch and German officials regarding the production plant.

The Wall Street Journal reports that initial discussions have begun with authorities in the two countries, although no agreement is guaranteed in either, according to officials. The Netherlands is home to Tesla's European headquarters, although Tesla CEO Elon Musk hinted previously that the firm's next Gigafactory production facility will be on the French-German border.

Musk confirmed the plans for a European Gigafactory at a press conference in Germany in late 2016, after he announced Tesla's acquisition of Grohmann Engineering.

The next Gigafactory, however, is almost certain to be in Shanghai, pending talks with the local government. A European facility will arrive after this.

The location of the proposed European site will put it near to Benelux (Belgium, the Netherlands and Luxembourg) countries. At the moment, however, Germany is "a leading choice" rather than a confirmed decision.

In relation to a question about bringing production of Tesla models to Europe, Musk previously said: "This is something that we plan on exploring quite seriously with different locations for very large scale Tesla vehicles, and battery and powertrain production."

Tesla Grohmann Automation (the new name of Grohmann Engineering following the acquisition) is based in Prüm, Germany — not far from Musk's proposed location for the Gigafactory — and specialises in automated manufacturing technology. Following the deal, Tesla said the company should accelerate its production processes as “the factory becomes more of a product than the product itself”.

Tesla uses the Prüm centre as a hub for its factory developments, although no vehicles will be produced there. At the time of the purchase, Tesla said a total of 1000 jobs will be created in Prüm within two years, with the company planning to expand the centre in the near future. The developments in robotic car production that come from Prüm will be used in Tesla’s existing factory in Fremont, California.

Tesla hopes that opening more factories will create greater economies of scale in its production process and this will ultimately drive vehicle prices down. Tesla's struggles to produce the Model 3 at the intended rate have been well documented and most recently culminated in the construction of a third, temporary production line in Fremont.

The company needs economies of scale to produce more cars such as the Model 3, Model Y and the as-yet-unnamed Volkswagen Golf-sized hatchback, which is likely to be its cheapest and best-selling model. Tesla said previously that the automation that Grohmann deals with is “critical to reach those economies of scale”.

Grohmann, according to Bloomberg, also serves the telecommunication, consumer electronics and biotechnical industries, and has presence in multiple Asian markets, as well as Europe, Canada, North and Central America, South Africa and Australia. This will be of great interest to Tesla as it seeks to expand its presence globally and diversify its business.

Tesla did not expand on Musk's latest comments.