Stung by EU tariffs, Harley-Davidson to shift some production outside USA

The EU’s tariffs – which are up from 6 percent to 31 percent – will add an estimated $2,200 to the cost of a Harley shipped from the US to Europe, are a response to US imposing tariffs on steel and aluminium imports from the EU. 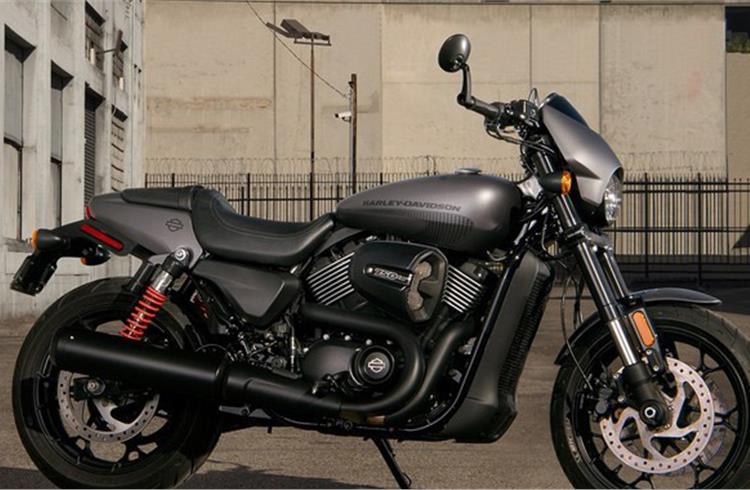 Collateral damage. Iconic US motorcycle manufacturer Harley-Davidson is now feeling the sting of getting caught in the US-EU trade war.

Harley-Davidson, whose motorcycles are among the products hit by the European Union’s stiff tariffs on some US-made products, could be looking to shift part of its production from the USA to overseas markets. The iconic American manufacturer has production plants in India, Thailand, Brazil and the USA.

The EU’s tariffs – which are up from 6 percent to 31 percent – will add an estimated $2,200 to the cost of a Harley shipped from the US to Europe, are a response to US imposing tariffs on steel and aluminium imports from the EU. In 2017, Harley sold close to 40,000 motorcyles in Europe, which remains one of its strongest global markets.

The company’s sales in the US have been on a steady decline over the past few years. While domestic US market sales still account for a majority of the brand’s business, a good extent of the decline has been offset by its growth in overseas markets, particularly Europe which is Harley’s biggest overseas buyer. Sales in Europe grew by 8.3 percent from 2015 to 2016, before it plateaued out at a reasonably healthy 39,773 units in 2017. In the same period, US sales declined by over 12 percent from 168,240 units to 147,972 units.

According to the New York Times, Harley-Davidson said the move “is not the company’s preference, but represents the only sustainable option to make its motorcycles accessible to customers in the E.U. and maintain a viable business in Europe.”

President Donald Trump’s recently activated trade war with China, the EU, Mexico, Canada and India, among others is having a global impact. On June 20, Daimler moderated its earnings potential for 2018, saying, “At Mercedes-Benz Cars, fewer-than-expected SUV sales and higher than expected costs – not completely passed on to the customers – must be assumed because of increased import tariffs for US vehicles into the Chinese market. This effect cannot be fully compensated by the reallocation of vehicles to other markets.”

In response to Harley-Davidson’s proposed move, President Trump tweeted last night: “Surprised that Harley-Davidson, of all companies, would be the first to wave the White Flag. I fought hard for them and ultimately they will not pay tariffs selling into the E.U., which has hurt us badly on trade, down $151 Billion. Taxes just a Harley excuse – be patient!”

Will Harley expand its Indian operations?
It is understood that the shift in production to overseas markets will take place over the next 18 months. Harley-Davidson India, which has a manufacturing capacity of 12,000 units per annum at its Gurgaon, Harayana plant, could be among the global assembly plants to benefit.

Also read: European commissioner: We will react to US auto trade tariff