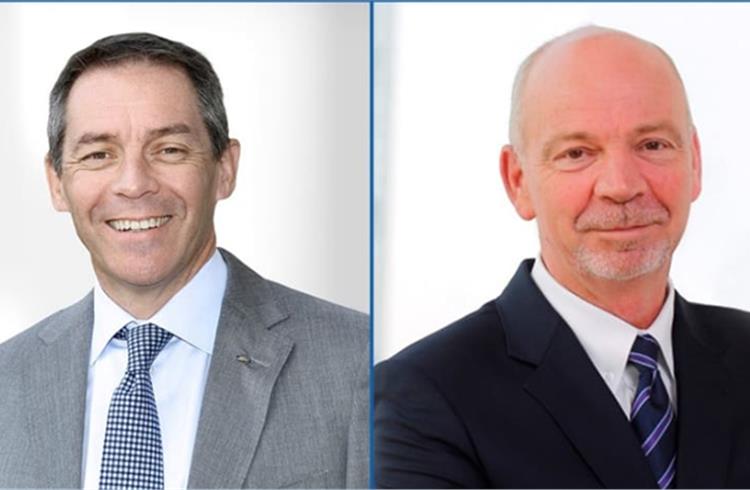 Ford Motor Company has announced that Steven Armstrong, who is currently chairman, Ford of Europe, has been named president of the Changan Ford joint venture in China. Armstrong succeeds Nigel Harris, who has elected to retire from Ford at the end of 2019 after 34 years of distinguished service with the company.

The new role for Armstrong, 55, will be effective October 1. He will report to Ford China President and CEO Anning Chen.

Armstrong brings to the new position more than 30 years of automotive and Ford experience from a variety of general management and purchasing leadership positions around the world. He has served as president and chairman of Ford of Europe, Middle East and Africa; president of Ford South America; chief operating officer of Getrag-Ford Transmissions; and in senior leadership positions at both Jaguar Cars and Volvo Cars.

“Steve’s leadership will help us further strengthen the Changan Ford JV as we bring more new vehicles to the China market, including our first global all-electric small SUV,” said Ford President and CEO Jim Hackett. “His deep understanding of Ford and the automotive industry and keen ability to build productive relationships with partners and employees around the globe will serve us well as we drive Ford’s growth in China.”

Nigel Harris, 58, has held leadership roles in Ford business operations and marketing, sales and service over more than 30 years. Prior to his current role, he served as president of Ford India; vice-president of Asia Pacific Sales, Services and Distribution; and general manager of Changan Ford Sales Company.

“Nigel is a highly seasoned executive who has motivated our people around the globe, and has been a valuable asset to this company,” said Hackett. “He has had an accomplished career at Ford, including key leadership positions in China, Europe, India and Asia Pacific, and we appreciate his significant contributions.”

Harris will work closely with Armstrong through the transition, then advise Changan Ford and support the evolution of the Ford China 2.0 Plan until his retirement.