Stellantis ramps up electrification, plans EVs from all 14 brands 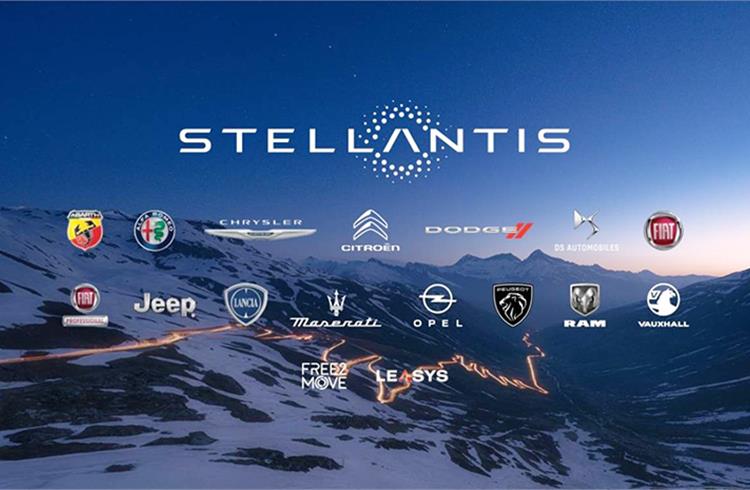 Stellantis will invest more than $30 billion (Rs 222,030 crore) in new electrification and software technology by the end of 2025, with a commitment to offering EV models from all of its 14 brands and investing in five battery factories. Vauxhall-Opel will become an all-electric brand in Europe by 2028.

The company – whose brands are Abarth, Alfa Romeo, Chrysler, Citroën, Dodge, DS, Fiat, Jeep, Lancia, Maserati, Opel, Peugeot, Ram and Vauxhall – has targeted low-emissions vehicles (LEV) accounting for more than 70% of its European sales and 40% of its US sales by 2030. The LEV term includes both electric cars and plug-in hybrids. By 2030, Stellantis expects BEVs to account for no less than 80% of its BEV mix.

The plans were outlined during the Stellantis EV Day event yesterday, where the firm made a series of new commitments to electrification and reaffirmed previous pledges.

Opel – including Vauxhall in the UK – will become an electric-only brand in Europe by the end of 2028 in both passenger cars and commercial vehicles. The firm will also expand into the Chinese market with a range of EVs.

The German brand has also confirmed that it will revive the Manta name for a new EV. Opel has previously shown an electric restomod version of the Manta, but a teaser of this latest car shows it will be entirely unrelated, with the concept's low-slung retro silhouette making way for a high-riding and altogether more SUV-esque proposition.

Peugeot has also committed to accelerating its EV sales, and its line-up will be fully electrified by 2025.

As previously announced, Fiat will become electric-only by 2030, with the exact date determined by customer demand, and will launch a new dedicated EV in 2024. Its performance offshoot, Abarth, will also go electric-only.

American brand Dodge will launch an electric muscle car by 2024, while truck maker Ram will launch a new 1500e electric pick-up. Jeep says it will offer an EV powertrain on all of its models.

Stellantis EVs will be based around four ‘BEV-by-design’ platforms and powered by a family of three electric drive modules, with standardised battery packs. They will offer ranges varying from 300 to 500 miles.

Stellantis has also committed to securing more than 260GWh of EV battery production by 2030, through five dedicated battery factories in Europe and North America.

Boss Carlos Tavares said that the major investment will allow Stellantis “to offer [customers] iconic vehicles that have performance, capability, style, comfort and electric range that fit seamlessly into their daily lives.”

Stellantis has also released 'statements' for all 14 of its brands to reflect the electrification approach of each. Alfa Romeo's statement is "From 2024, Alfa Becomes Alfa e-Romeo", although the firm has yet to specify exactly what this means.

We've also been given the first hint about Lancia's future, with its statement promising that it will be "the most elegant way to protect the planet".

Three electric drive modules, combining the motor, gearbox and inverter, will be used on these platforms. They're designed so that they can be easily scaled for each vehicle. Each platform can allow front, rear and four-wheel-drive.

Battery packs will be tailored for a variety of vehicles, with capacities ranging from 37kWh to 200kWh.

Stellantis is also investing heavily in software, and the BEV platforms will allow for both software and hardware upgrades. That includes over-the-air updates.

Major investment in battery production and technology
Stellantis has committed to securing more than 130GWh of EV battery production capacity by 2025 and more than 260GWh by 2030, through five dedicated battery factories in Europe and North America. The firm has reached deals with two partners to secure a supply of lithium.

The firm says that it will also use its technical expertise and economies of scale to drive down battery costs, targeting a reduction of more than 40% from 2020 to 2024, and then a further 20% by 2030. It will also invest in battery repair and remanufacturing, second-life use and recycling.

Stellantis will use two battery chemistries: a high-energy density option and, from 2024, a nickel cobalt-free alternative. The firm also plans to introduce solid-state battery technology in 2026.

It says that affordability is a priority in its plans, with the goal of the total cost of ownership of EVs becoming equivalent to an internal-combustion-engined vehicle by 2026.