Vision RS hints at the next-generation Rapid, due in 2019, as well as future performance model styling. 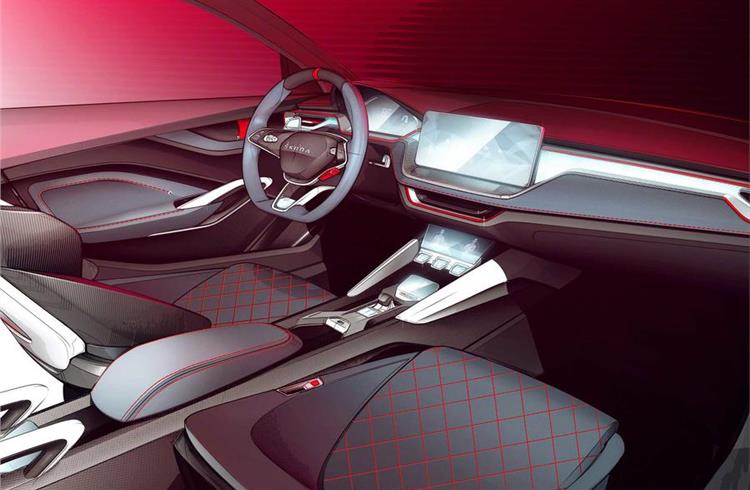 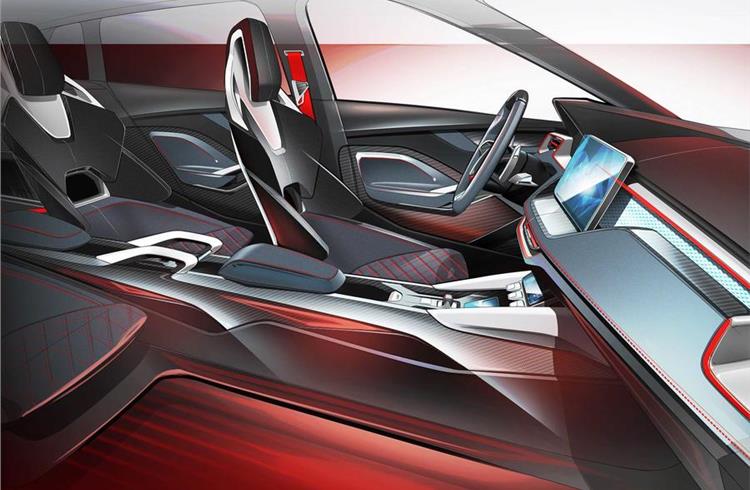 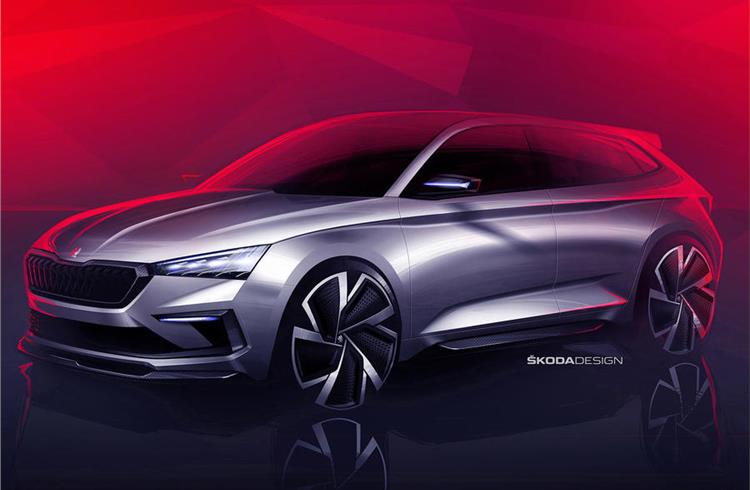 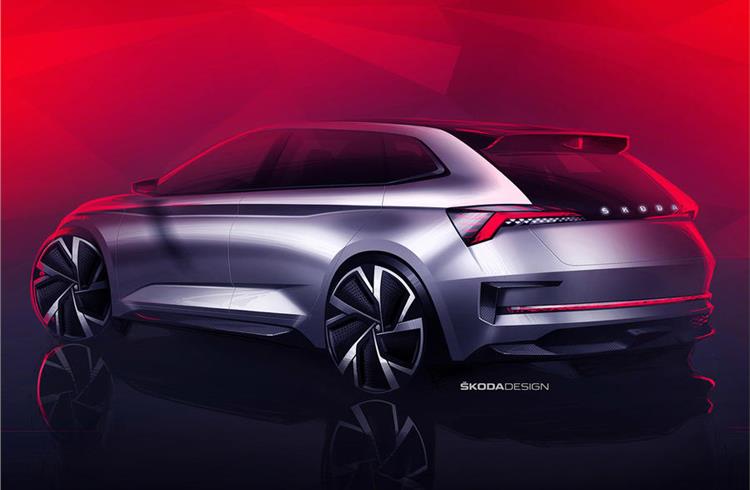 Skoda has revealed interior sketches of its upcoming Vision RS concept car, thought to give an early hint at the next-generation Rapid hatchback.

Last week, the Czech brand showed the exterior of the car and has now revealed futuristic sketches of the inside.

Skoda said the Paris motor show-bound concept car uses 'vegan' and sustainably produced materials. For example, the seat covers are made from Alcantara – an alternative to animal products.

The centre console is a “space-frame design with an integrated shift-by-wire operation of the DSG” made entirely from carbon. Carbon is also used for door panels, seats and decorate elements.

Skoda has revealed a video (below) that shows the process of designing the interior.

At 4356mm long, 1810mm wide and 1431mm tall, the Vision RS is longer, narrower and lower than the current Rapid Spaceback and signposts what that model's indirect hatchback replacement will look like on its arrival in early 2019. However, it won’t be called Rapid, and will instead get a new nomenclature. The liftback version of the current Rapid will not continue in the new generation.

The new hatchback will adopt the MQB A0 platform already used on the Seat Ibiza, Volkswagen Polo and Seat Arona. It will be the first Skoda to be based on this platform if it appears before the production version of the Vision X small SUV concept. It will be repositioned to avoid crossover with the Octavia in the C-segment hatchback market, too, said Favey.

He added: "The Rapid is clearly a Golf rival in design, while the Octavia is a three-box hatch. The real Golf contender will be Rapid. You will not be able to be confused between the new Rapid and Octavia.”

The Vision RS also gives a hint at the styling of future, sporty RS models. The brand will soon launch its Kodiaq vRS and has suggested other possibilities in future, including a next-generation Fabia vRS and electric performance models, designated eRS.