Integrates thermal management system as well as the electric motor, power electronics, and transmission into the axle drive. This makes the axle drive more compact and lighter and ensures greater comfort 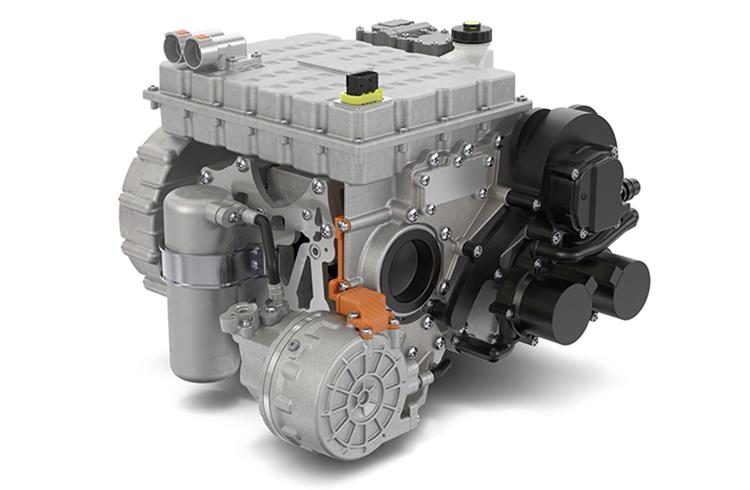 Until now, up to three drive components were assembled in one compact unit. With the so-called 4in1 electric axle, Schaeffler is now going one step further by integrating the thermal management system as well as the electric motor, power electronics, and transmission into the axle drive. This makes the axle drive more compact and lighter and ensures greater comfort. A particularly efficient thermal management system also ensures that a car travels further on one battery charge and charges faster. Another new development are electric beam axles for pick-up trucks. In the future, Schaeffler will supply beam axles to automobile manufacturers, particularly in North America.

Efficiency drives thermal management
Heat is a scarce and valuable resource in electric cars. They do not have the waste heat from internal combustion engines for heating the interior, for example. Furthermore, particularly at high and low outside temperatures, the range and rapid charging capability essentially depend on whether, for example, the battery can be held in a suitable temperature window. 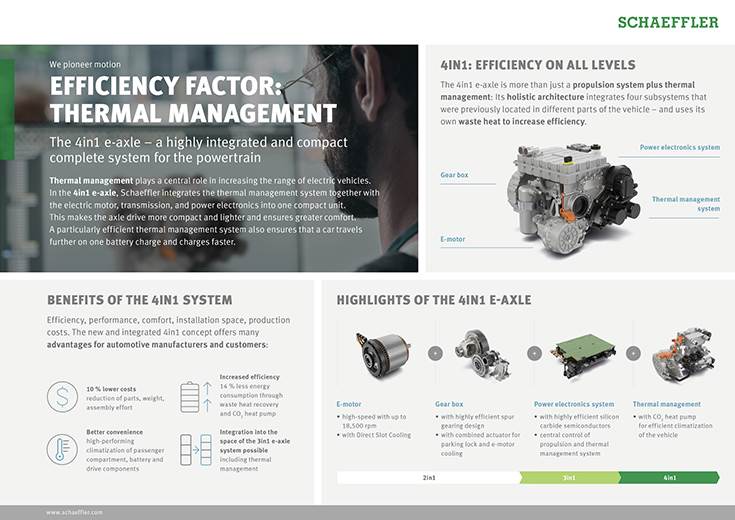 “The thermal management system has a significant influence on the efficiency and comfort of the vehicle,” says Dr. Jochen Schroder, head of the E-Mobility business division at Schaeffler. The company therefore already offers thermal management systems for all types of vehicle powertrains and is continuing to develop them. A new approach is the combination of the drive components of a conventional electric axle with the thermal management system, which was an independent module in most cases until now. “This creates a highly integrated and compact complete system, which requires significantly less space than non-integrated solutions,” says Schroder. Furthermore, less energy is lost in the form of heat because unnecessary hoses and cables can be dispensed with. 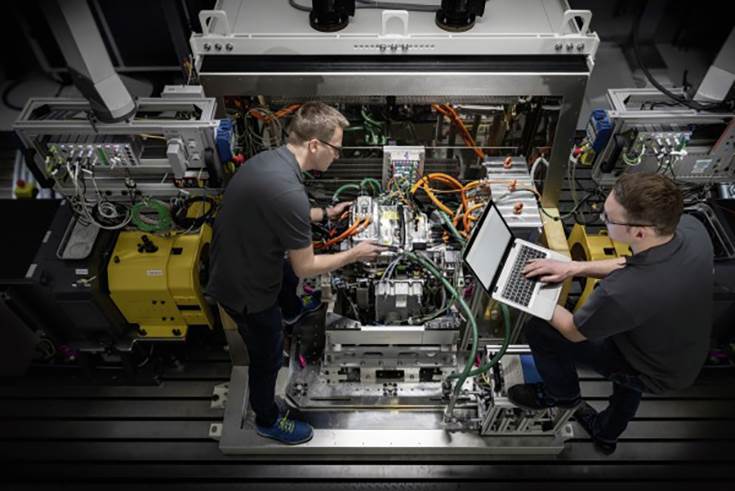 System development for the Schaeffler 4in1 electric axle.

“In addition to the compact design, the greatest advantage of the 4in1 system is the optimised interaction of the individual subsystems,” says Schröder. This is because Schaeffler’s experts always consider the thermal behaviour of individual drive components such as the electric motor or the power electronics as well as the most efficient and comprehensive thermal management of the entire vehicle. For example, an intelligent control system ensures that excess heat is efficiently dissipated from the power electronics and electric motor and that it is used in the interior of the vehicle. The temperature of the battery is also regulated in such a way that the car can travel further on one battery charge and that it charges faster.

The supplier realizes further efficiency benefits by bringing in a new heat pump, which is operated with the natural refrigerant, carbon dioxide. Not only does carbon dioxide have less impact on the environment than conventional refrigerant, it also has physical characteristics, which allow more efficient heating and cooling of vehicles. “By means of our 4in1 electric axle with an integrated thermal management system, we can achieve an even higher efficiency level of the complete system,” says Schroder. An efficiency level of up to 96 percent is possible in an optimally designed system. Each additional percentage point translates into an increased range. 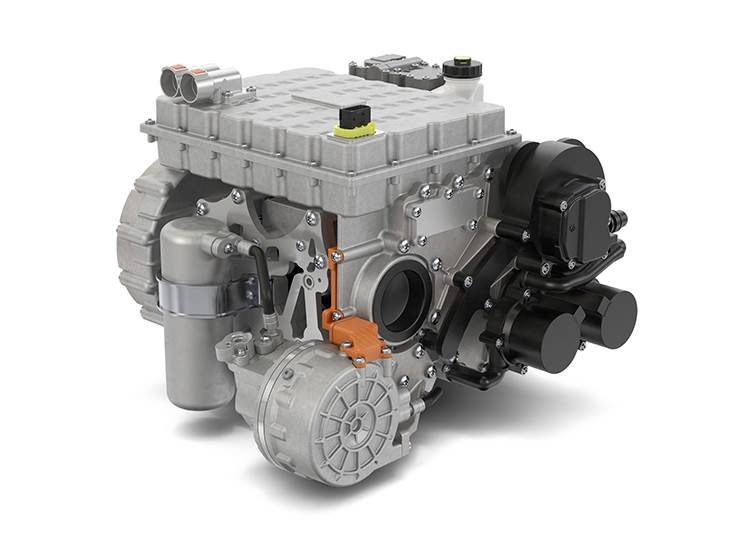 With the 4in1 electric axle, Schaeffler is now integrating the thermal management system as well as the electric motor, power electronics, and transmission into the axle drive.

Comprehensive drive system for EVs
With its 4in1 electric axle, Schaeffler is developing its most comprehensive drive system for electric cars so far. “Such highly integrated complete systems are attractive for both established automobile manufacturers and new players,” says Schroder. This allows a reduction in the development time and the costs for the complex new development of the entire drive. Nevertheless, the company will continue to offer to its customers individual components and subsystems for electric and hybrid drives such as electric motors, transmissions, bearings, and the thermal management system. The range also includes the combination of two or three drive components. Schaeffler is therefore opening up a particularly large market, especially since in the future electric axles will be used in vehicles ranging from passenger cars through to light commercial vehicles – with purely electric drives and drives based on fuel cells. This would extend also to tailored electric axles and components for the electrification of commercial vehicles and heavy-duty applications. 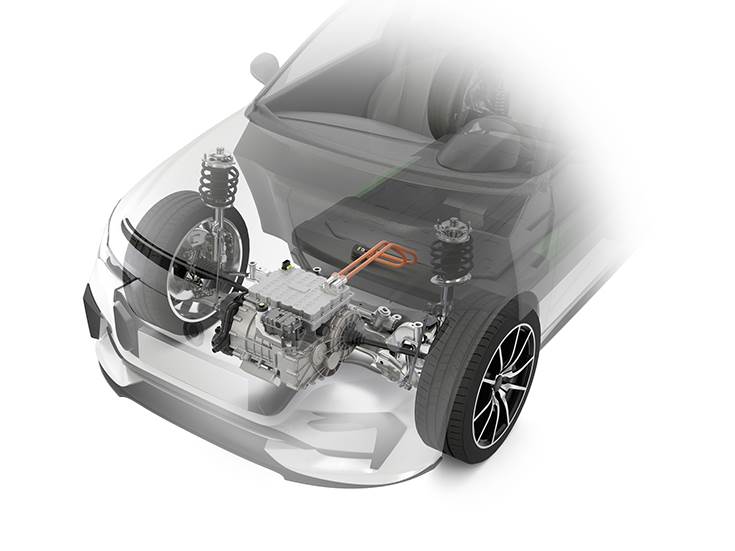 The highly integrated and compact housing of the 4in1 electric axle needs significantly less space than non-integrated systems.